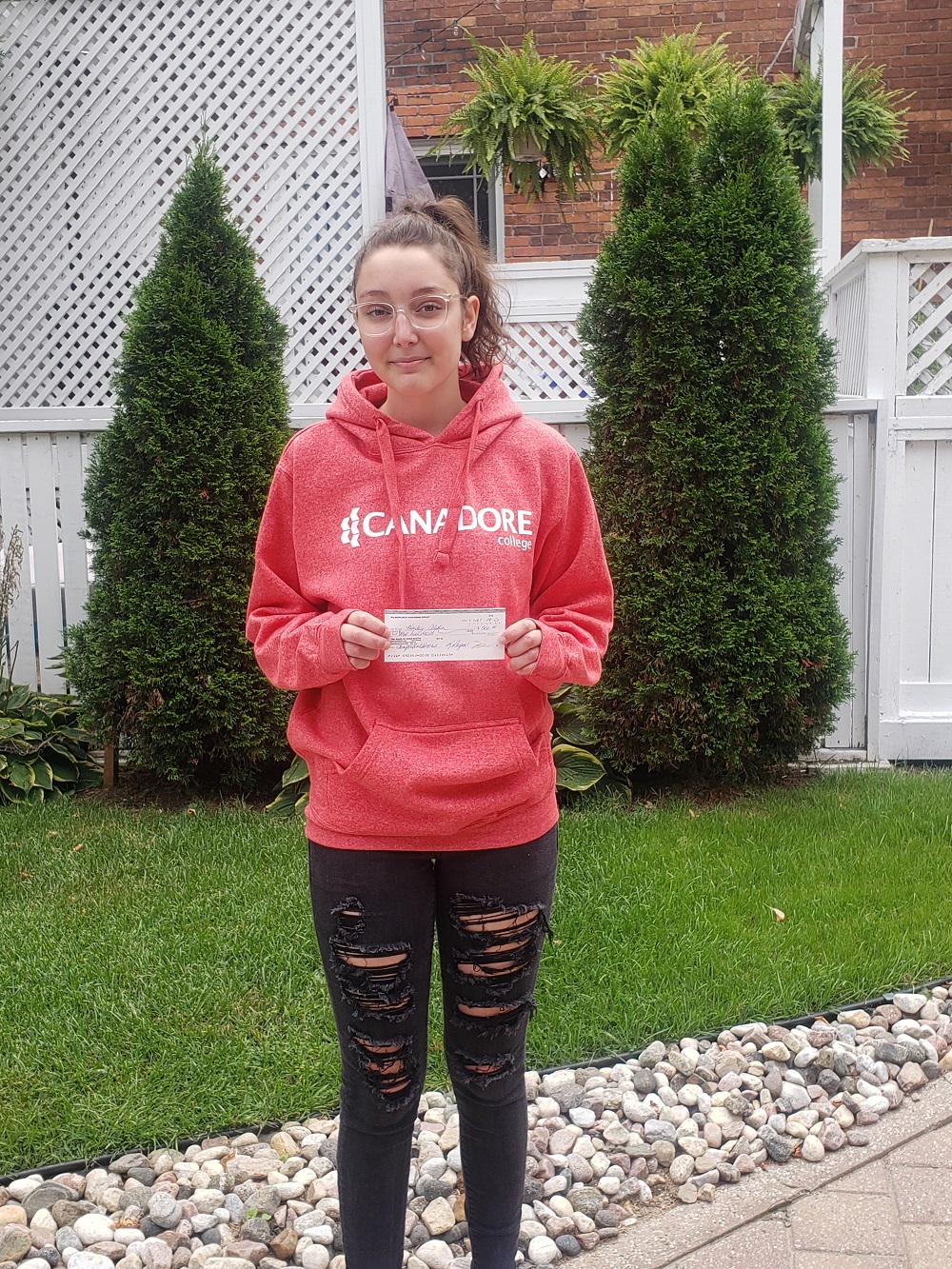 As Hailey Alden settles into her new life up in North Bay, she does so having received a little helping hand from the Wilberforce FUNraising Group (WFG).

The recent Haliburton Highlands Secondary School graduate, and long-time Wilberforce resident, made the difficult decision to leave home earlier this year in pursuit of post-secondary education. She is currently enrolled in a two-year practical nursing program at Canadore College.

Just prior to her move to the ‘Gateway of the North’, Alden was the recipient of the 2021 WFG Bursary Award. Launched last year, the initiative was designed to assist promising students as they prepare to head off to college or university.

“This is just one of the delightful sort of Highlands East kind of things where there’s a group of people who like each other, and have got together with very little structure for years and years and years to do regular community events. Then, the money that we made [would go towards] the betterment of the community, and we have, historically, tended to focus on youth,” said WFG member Joan Barton.

The group, in the past, has raised money for projects such as the development of Herlihey Park. When COVID-19 hit, however, they were severely restricted by what they could do.

“We had money just sitting in the bank. This was money people had given to us thinking we would do good stuff with it. So, we decided we wanted to continue doing good stuff, hence the bursary,” Barton continued.

Originally, the WFG wasn’t sure they’d have enough to match that total for this year’s bursary. Then, Barton recalls, one member received a call from Elaine Fournier, the recently retired former principal of Wilberforce and Cardiff elementary schools. Rather than receiving gifts from the community, in celebration of her retirement, Fournier asked that area residents instead donate to the WFG bursary fund.

The money, Alden says, was used to offset the cost of some “very expensive” materials that were required for her course, including two text books and an online computer program.

Aside from her “ground-breaking marks” at high school, Barton said the WFG were most impressed by Alden’s community work throughout her teenage years. She was far and away the standout candidate for this year’s bursary, Barton reiterated.

“One of the things we ask for in our application, is for students to tell us about their community service. Hailey’s service was exemplary – she assisted yearly with one of our events that we put on, the penny raffle. She had also done volunteer work with the Wilberforce Figure Skating Club and the Wilberforce Agricultural Fair,” Barton said.

While the bursary was established, in part, due to the COVID-19 pandemic, Barton says the group intends to keep it going for years to come.