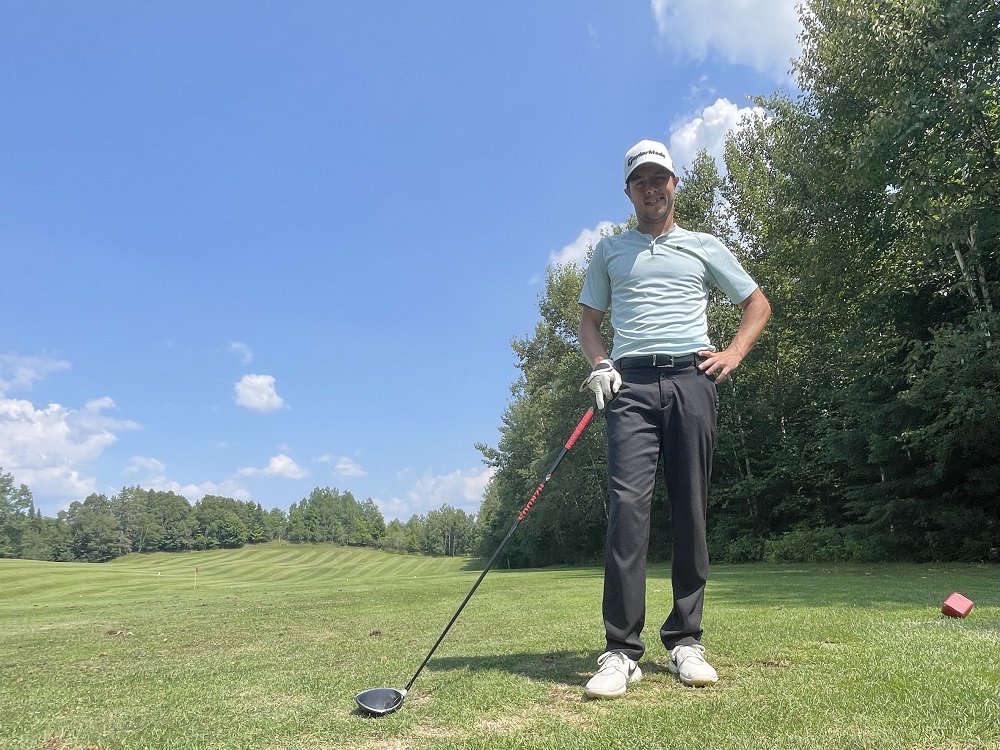 After building up his game over the past several years, the 32-year-old from Haliburton will have a chance to record the ‘W’ on one of Canada’s biggest stages: the Mackenzie Tour.

“It’s a huge milestone for me. It’s a piece of a dream coming true,” Allison said. “Not a lot of golfers have been inside the ropes at a PGA-sanctioned event and I feel very fortunate to be able to do that.”

Allison, who lives near Minden, will play alongside Canada’s best golfers as they compete at the Osprey Valley Open in Caledon from Aug. 16-22.

It’s a chance to impress on a national stage and have a shot at qualifying for the Korn Ferry tour; a pathway to the PGA Tour.

“I’m working my way up, slowly but steady,” Allison said.

He’s played golf since he was a kid, and began focusing on his game after moving temporarily to Burlington. Now, while also working full-time as an electrician, he spends long hours practicing nearly every day in Lindsay with the hopes of playing golf at the highest level.

“Eventually I got to the point where I thought I could make some money doing this,” Allison said.

This summer, he’s been playing games on the Toronto Players Tour, a professional and amateur golf circuit in Ontario. Through that tournament, he got on the waiting list for the Osprey Valley Open.

“I have a lot of confidence going into this event. I wouldn’t enter an event if I didn’t think I could win it,” said Allison in an interview at the Blairhampton Golf Club.

For Allison, playing the McKenzie Tour isn’t the end goal: it’s the next step in a journey.

“A lot of players make a great living but never win. That’s not what I’m striving for: I want to win. I want to be the best, and I really see myself getting there, but I know I’m not going to win every week.”

To achieve that goal, the golfer analyzes every part of his game: alignment, ball position, hitting the proper yardages, knowing the greens and the layout of the course and even gauging the wind speed and direction.

“It’s about learning that, and how to adjust on the fly,” Allison said.

He added mental and physical preparation for high-level games such as the Osprey Valley Open mean ensuring he “peaks” at the right time. That also means playing courses which simulate competition conditions.

“I just want people to know this isn’t a fun day on the course for me. I take this seriously, it’s my second job, my business,” he said. “I strive to be the best.”

On his journey to becoming a full-time pro, Allison is learning the business side of golf too. That means managing social media accounts, building a website and searching for businesses that may want to support him through sponsorships.

“If I can find any partners along the way to help me in my journey, and be a part of my journey that’s great.”