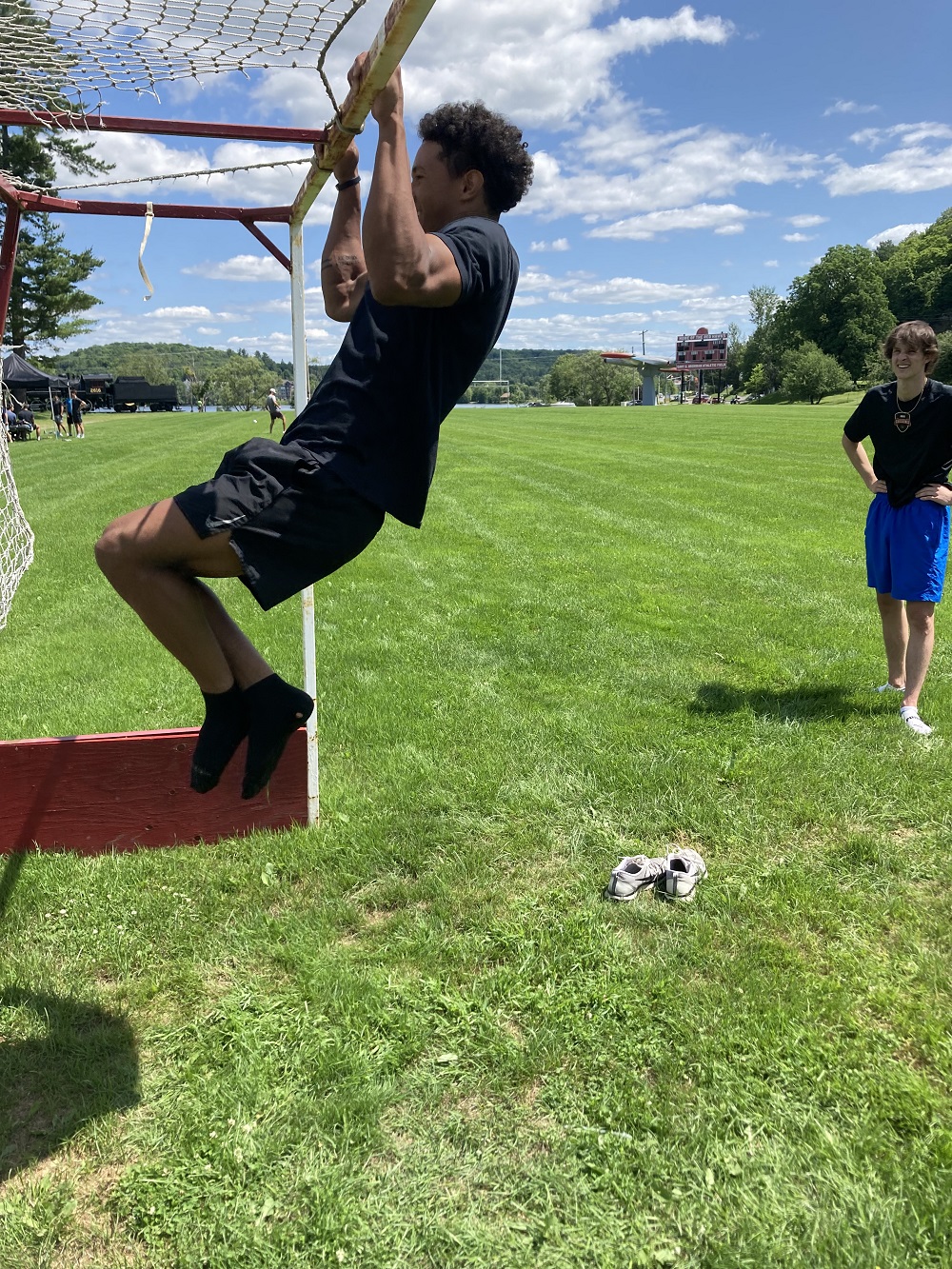 The Haliburton County Huskies have held fitness training at the high school in Haliburton as they prepare for the upcoming season.

The junior A hockey team will take to the ice at the S.G. Nesbitt Memorial Arena for their inaugural season in 2021-22.

The Huskies have also released their preseason home schedule.

The team said it is offering free admission to fans to watch potential Huskies battle for roster spots during a Blue vs. White game on Saturday, Sept. 11 at noon.

Coach Ryan Ramsay said they have signed 17 of an expected roster of 23 players.

“We are waiting to see what players come to rookie camp on Aug. 28-29” before finalizing the squad, he added.

The team said ticket prices and availability for the other home games, as well as remaining preseason away games, will be announced shortly.

All home games are in Minden.

The team has also been finalizing its front office staff to work alongside Ramsay.

David Lang, a Keswick native, joins the organization in the role of director of hockey operations and director of game day operations. He had been director of recruiting of the OHL and WHL for the University of Prince Edward Island men’s ice hockey team. Lang has also served as an assistant general manager and GM in the OJHL, most recently with the Lindsay Muskies in the COVID-shortened 2020- 2021 season.

Bradley Townsend is the president of business and hockey operations and the OJHL league governor for the club.

On ice, the Huskies recently announced the signing of winger, Bradley Brunet. He is coming from the Northern Ontario Junior Hockey League.

Ramsay said the only area the club is struggling is finding billet families. He said those taking in a player get a monthly stipend and free hockey passes. If interested, email huskieshousing@hotmail. Com