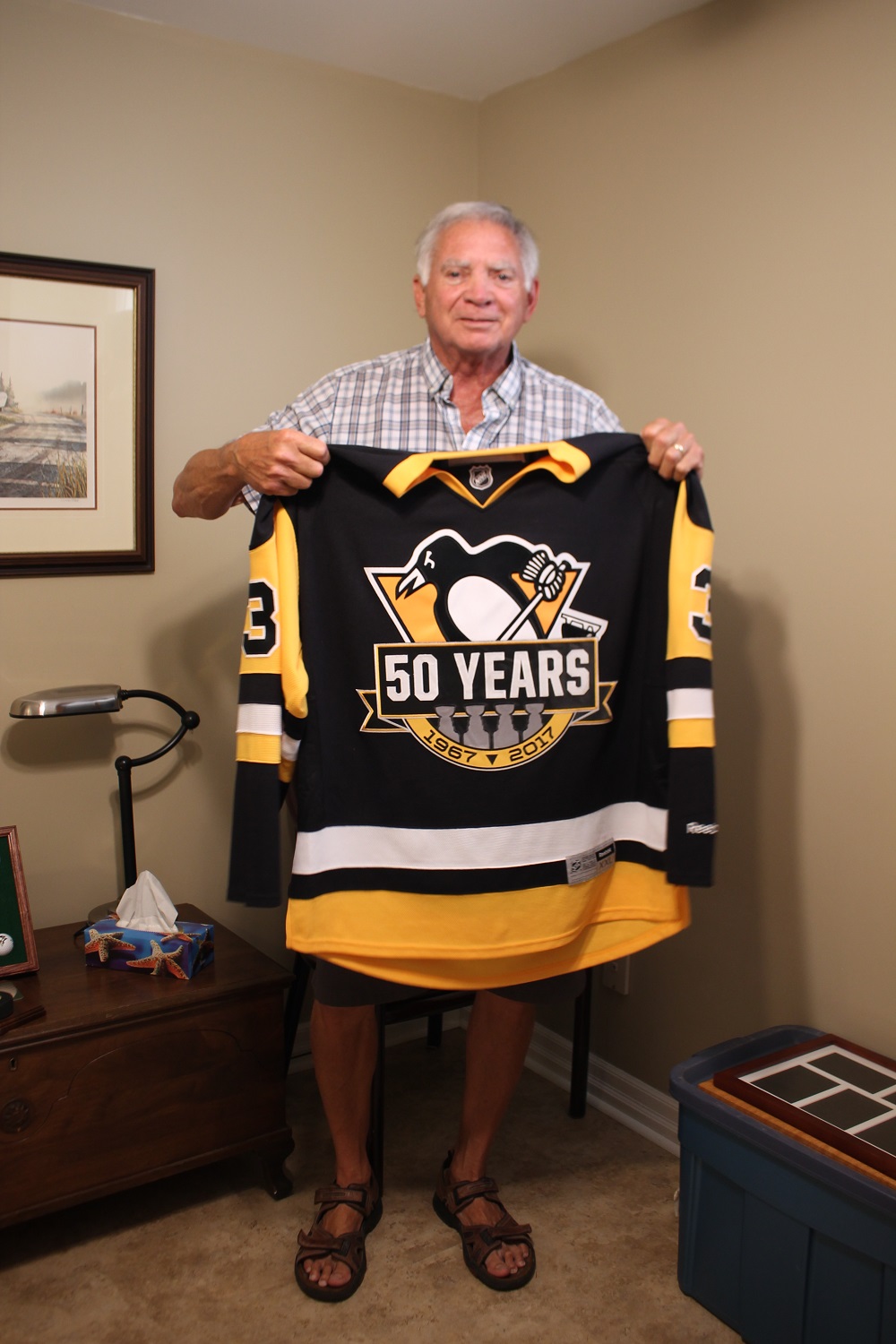 When the Pittsburgh Penguins celebrated 50 years in the National Hockey League in 2017, Haliburton’s Ron Stackhouse was surprised to be pictured on promotional material with three other Pens: former goalie Les Binkley, Mario Lemieux and Sid Crosby.

To this day, Stackhouse remains puzzled as to why he was featured with the likes of Lemieux and Crosby since he said he was not a fan favourite in Pittsburgh and was occasionally a subject of the boo-birds.

However, it is the first thing he shows on his phone during an interview with The Highlander.

In the same vein, although he would have been surprised to be excluded from the Haliburton Highlands Sports Hall of Fame, Stackhouse said he is “honoured” to have been chosen and has the utmost respect for the creators of the hall and their inclusive vision.

Stackhouse credits Roger Neilson for the start of his playing career when the coach asked him to join the Peterborough Petes. That stint with Neilson led to Stackhouse being drafted by the California Golden Seals in the days when there was no televised draft but a letter in the mail to say he’d been picked.

To this day, Stackhouse said Neilson was “unbelievably innovative and creative” and ran the best practices he ever took part in.

After a year in the minors, he made his Seals debut and believes fate played a role since it took another players’ injury and another’s contract dispute to deliver him to the show in his second year.

But after a little over a year in Oakland, he was traded to the Detroit Red Wings. A little over two years later, he was “shocked and disappointed” by a trade to the Penguins in 1974.

He put up some good numbers in Pittsburgh but was a “scapegoat” when things were not going well for the team. A big guy, he said there was always an expectation that he would drop the gloves. However, he preferred positioning and skill over pugilism.

“I was so unhappy in Pittsburgh. I just wanted out of there.”

Despite asking for a trade, he signed a five-year deal for good money since GM Wren Blair said he couldn’t get enough for him in a trade. He ended up retiring in 1982, which he said was a sad end to what could have been a longer and better career. However, he has no regrets. His career spanned 889 regular season games. One high included playing with Gordie Howe in an all-star game and scoring a breakaway goal.

In some ways that 2017 honouring in Pittsburgh was a healing moment for Stackhouse. “So, it was really good for me to go back there.”

Stackhouse went on to teach at Haliburton Highlands Secondary School where he also coached hockey. He was also a member of the Haliburton Hockey Haven family.

According to the Hall committee, he was a role model for many young hockey players and inspired a generation of athletes to achieve their own dreams.

He taught some of the young inductees at Hal High and said “the fact they found their way out of a small town like this and into that environment is remarkable.”