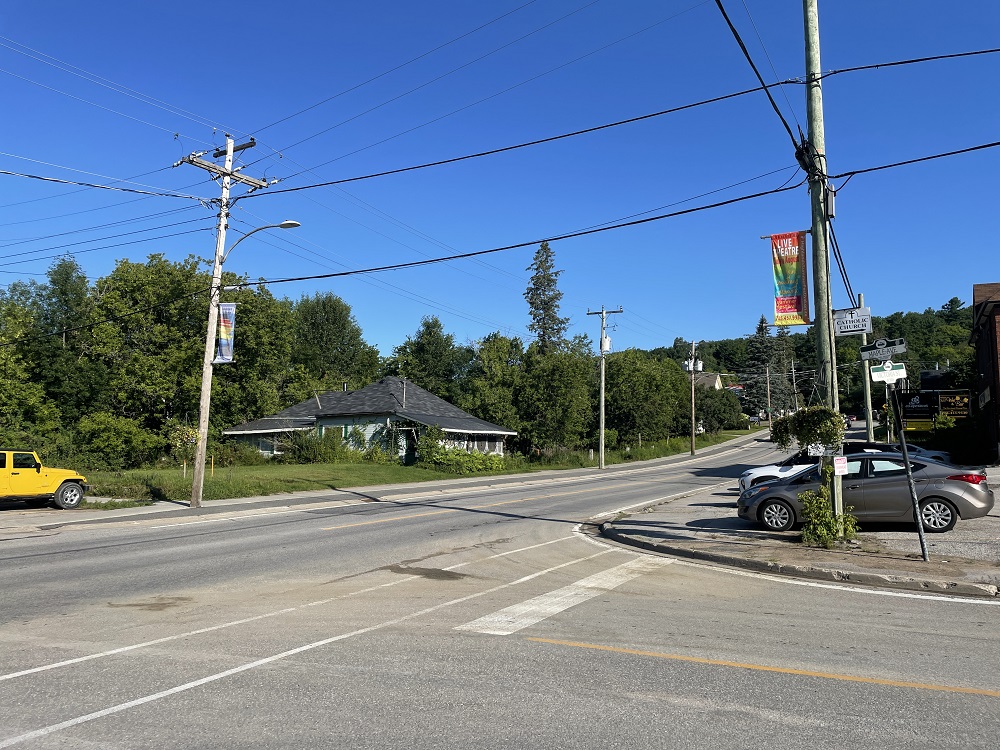 A 21-unit apartment complex with 14 affordable rentals could soon break ground in Haliburton.

Hot Pond Enterprises Corp. is proposing a three-building development on the corner of Victoria Street and Maple Avenue.

“These three buildings, once constructed over a number of years, we think [are] going to really lift up the image of the town,” said Richard Carson, corporation president, after he presented a preliminary development plan to council on July 27.

While plans are not finalized, construction on the five adjacent lots already owned by Hot Pond Enterprises Corp. could start late this year or early 2022, pending further planning and financing details.

Two buildings of six 1,500 square foot two and three-bedroom apartments are slated for construction in the fall of 2021 or early winter of 2022. A third building is expected in 2023: it will include six or nine two-bedroom apartments, each approximately 1,200 square feet.

Eight of the first 12 units built and nine units in the third building are to be classified as affordable.

“The need is incredible, to have dedicated rental units, and right here in the village,” said Mayor Andrea Roberts.

The development plan qualifies for those incentives through the City of Kawartha Lake’s Affordable Housing Target Program (AHTP). That program allows for-profit developers such as Hot Pond Enterprises to receive municipal funding for projects which include units at or below average market rent.

Coun. John Smith voted against the motion to commit funding to the project.

Since the incentives will also help to develop units which aren’t under market rent, he said the complex’s upscale amenities such as in-unit laundry, steel appliances, high ceilings and more shouldn’t be funded by taxpayers.

“Some of those other things are pretty big price tags per unit. To ask taxpayers [who] can’t afford that kind of standard of living, to subsidize that for others, I find that problematic,” Smith said.

Coun. Larry Clarke said the promise of 14 affordable units meant Dysart should financially support the project. The other units at market rent, said Clarke, will still benefit the community.

“I think for us to encourage public private initiatives such as this — I don’t think we should be cutting out the opportunity for doing an affordable housing piece.”

Under current guidelines, the City of Kawartha Lakes Housing will supply a list of tenants for the affordable housing units. That means there is no guarantee residents will be from Haliburton County.

“There’s no way around that,” Clarke said. “We’ve got a massive housing shortage and the price of housing has skyrocketed, but that’s also translated to the people who work in the service industries and enable the community to operate can no longer live here.”