Home Business International chef is at home in the Highlands 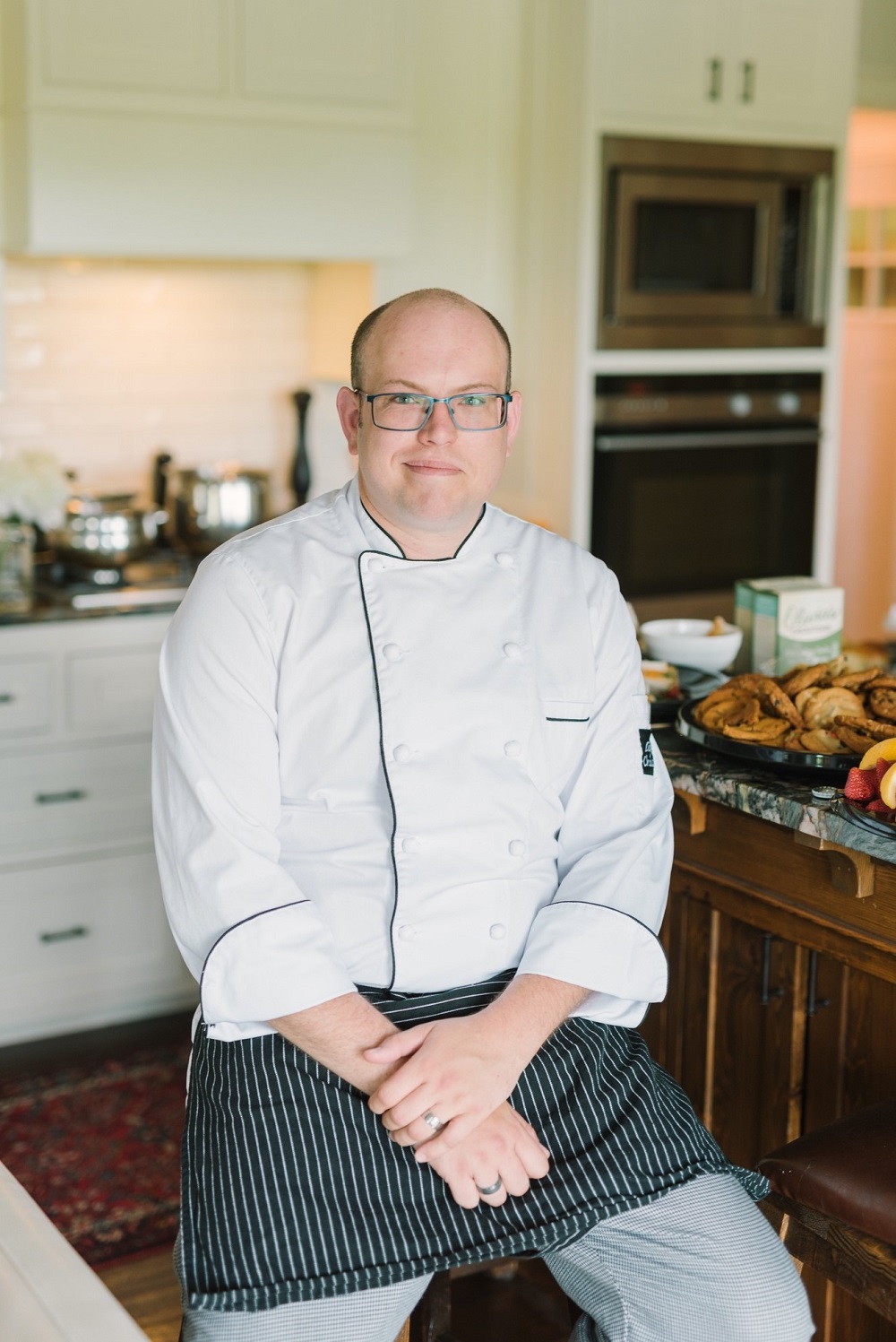 It was in Australia that he met his Canadian wife, Jacqueline Noble, who introduced him to cottage life in Eagle Lake. In 2018, they were married at Sir Sam’s Inn and Perks fell in love again, this time with the area.

“I’m a country lad really,” said Perks. “I came from a small town in the southwest of England, so I’ve never been a big city lad despite living in them anyway … I absolutely love the countryside up here, and just the people – [they’re] friendly and everybody seems to want you to do well.”

Perks attended culinary school in Italy and has accumulated 17 years of international experience. He learned to make gelato and Italian pastries with renowned chef Corrado Assenza, mastered the art of pasta making with the ‘Salami King of Italy’ Massimo Spigaroli, worked with Canada’s own Malcolm Campbell and trained under world renowned and Michelin-starred chefs in Europe.

Richard and Jacqueline moved to Ontario in 2019 and now have a young son, Charles. When the Pinestone role opened, Richard was happy to apply. For now he stays at the resort on weekdays and returns to the family’s Uxbridge home on weekends. Looking for a Highlands home is the next step.

Perks has focused his international training on the menus at Pinestone’s Stone 21 fine dining area and The Gallery restaurant and says food lovers can expect to see big changes.

During the pandemic lockdown, takeout is the focus and Perks says he has created some tantalizing new dishes, including beer-battered fish and chips that pay homage to his British background and a sourdough pizza.

With the pandemic in mind, Pinestone plans to make maximum use of the resort’s decks overlooking the pond in front and the 18th hole of the golf course in back this summer, according to Perks.

Using local food and reconnecting with the community are also top items on the agenda.

“I’m very, very keen on local produce,” said Perks. “I would love to speak to farmers, whether it be [for] meat [or] produce … and just use their stuff through the restaurant” or pass along food waste as animal feed.

“This is where we want to get back in touch to let people know that the standard of food is probably very different from the last time they were here,” said Perks. “We just want to be a part of the community … just building up a really good [rapport] with the community.

“And then hopefully one day down the line people can come back and they can eat and enjoy here.”

To help reconnect, Perks is active on social media, including holding contests. Those who want to know what’s new can learn the latest at facebook.com/ stone21pinestone and on Instagram @ chefperks and @stone21restaurant.

Kombucha business fermented before taking off