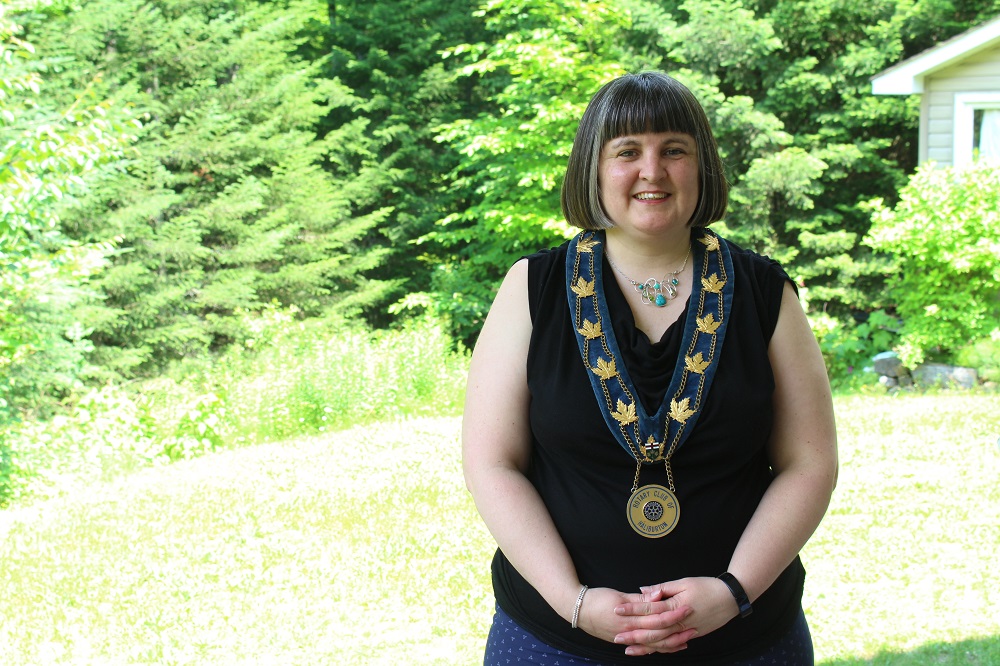 As the County emerges from COVID-19, the Rotary clubs of Minden and Haliburton will continue their fundraising and community improvement efforts under new leadership.

A central part of being a Rotarian, said Litwin, is “being part of the Rotary family. It’s so many people with big, big hearts.”

Litwin, who previously served as president in 2016, joined the club eight years ago, partly because of the impact she saw Rotary have on small communities and in her family’s life: her daughter benefitted from Rotary bursaries and sponsored trips.

“It was a pretty simple fit to join a club that provided so many opportunities for my daughter and my family,” Litwin said.

Once she hosted the first meeting with the Minden executive July 12, they’ll begin to chart a new year of fundraisers and initiatives.

“It’s a very, very supportive club. Hosting a meeting, as the president, is an honour and it’s something that you look forward to doing: taking your turn and being part of the process.”

She said that growing the group with new volunteers is a major focus: their work throughout the pandemic has shown the need for community care.

“There are so many that need various forms of support and compassion to get through the trials that the COVID pandemic has brought on individuals, businesses, and support groups that make up the community,” Litwin said.

Phillips is a new Rotarian; joining the club in 2019.

Her first few weeks in the role have been spent learning the ropes.

“It’s a lot of familiarizing myself with the processes of Rotary – being a member, you don’t see the administrative side,” Phillips said.

She said she’s thankful for the guidance of outgoing president Ted Brandon, who has been helping her adjust.

“I’m the president, but the club is behind me,” Phillips said. “We don’t really make any decisions without the club’s approval.”

For Phillips, engaging new members – especially younger people through the local Interact and Rotaract clubs – is a key priority.

“I’m just hoping to let people know what Rotary is all about – so they can get more information on the things we do and maybe come and join us,” Phillips said.

The clubs have been instrumental in volunteering for the health unit’s COVID clinics in Haliburton and Minden.