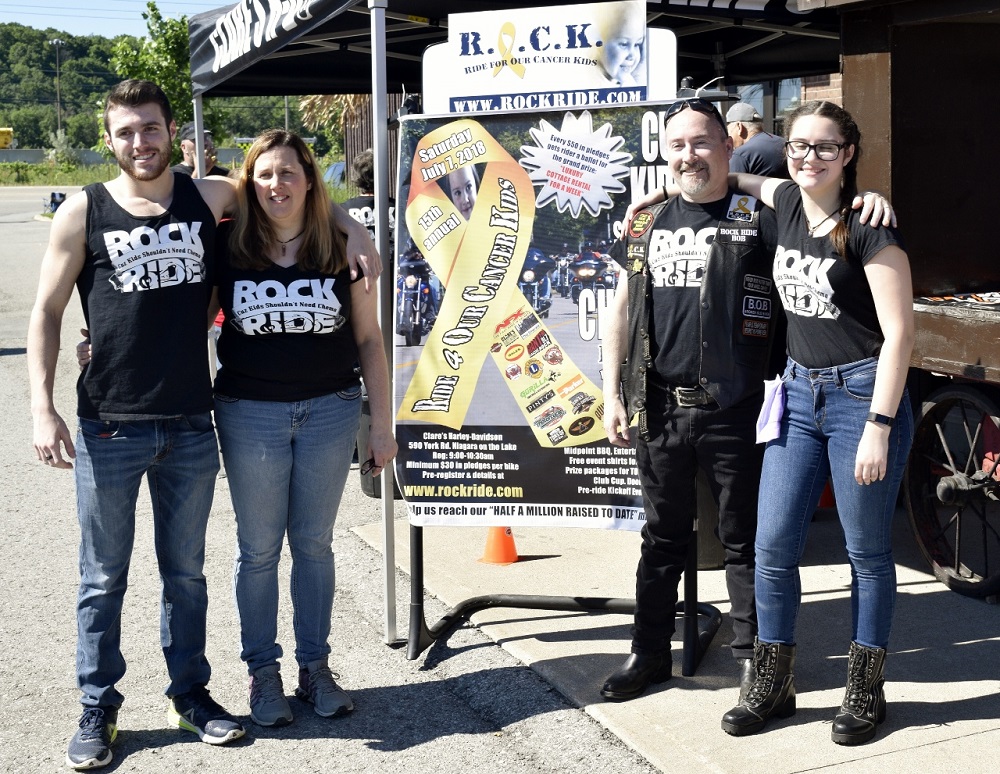 A popular cancer fundraiser is expanding its annual two-wheeled photo hunt to the Haliburton Highlands.

Riders from around the province will be snapping selfies at notable Haliburton County locations – all while raising funds for cancer research.

The motorcycle-based Ride 4 Our Cancer Kids – called the Alphabet ROCK tour – has raised more than $500,000 for childhood cancer research centres across Canada since it began.

Since 2003, Bob Thomas and his family have been organizing the event since Thomas’ daughter, Samantha, passed away after being diagnosed with Acute Lymphoblastic Lymphoma in 2002.

Motorcycle riders around Ontario raise funds while taking selfies in front of marked landmarks which correspond to letters. The rider with the most landmarks checked off, and the rider who raises the most, win prizes.

While Thomas lives in Sarnia, he spent much of his life in Wilberforce: this year, he’s expanding the event so that riders can explore the County’s roads while searching for landmark locations.

“The most beautiful roads in the province are up in Haliburton, Bancroft, Gravenhurst,” Thomas said.

There’s a fair number of riders who go up there on weekends and tour around,” Thomas said, “but I’ve never been able to bring that into the Rock Ride.”

Since COVID-19 meant the event is running virtually, all registration and fundraising takes place online: that means it’s easy for riders from anywhere near the landmark locations to take part.

Participants can snap selfies near the tank outside Haliburton’s legion, Cardiff’s dragonfly sculpture and many more local points of interest.

He said since the event is spaced out over multiple weeks, it’s the perfect year for Haliburton riders to get involved.

“This is the year built for them, up in that area,” Thomas said. “There’s so many roads out there to explore.”

He said he’s seen so many riders enthusiastically dive into fundraising – one participant has already raised more than $5,000 this year.

“Some people really get into it, and that’s awesome,” Thomas said. “Our participants really tend to take it to heart, and really get out there and fundraise.”

For 52 days this summer, from June 4 to June 30, and July 1 to 26, riders can tour the province finding the letter locations.

For every $25 raised and every photo at each landmark, participants get an entry into a draw for a $1,000 gas card. In place of the traditional event wrap-up, a virtual event will be held on July 31 to total up the amount raised.

And no motorcycle is needed: this is the first year that cars can take part too.

“Anyone can do it,” Thomas said.