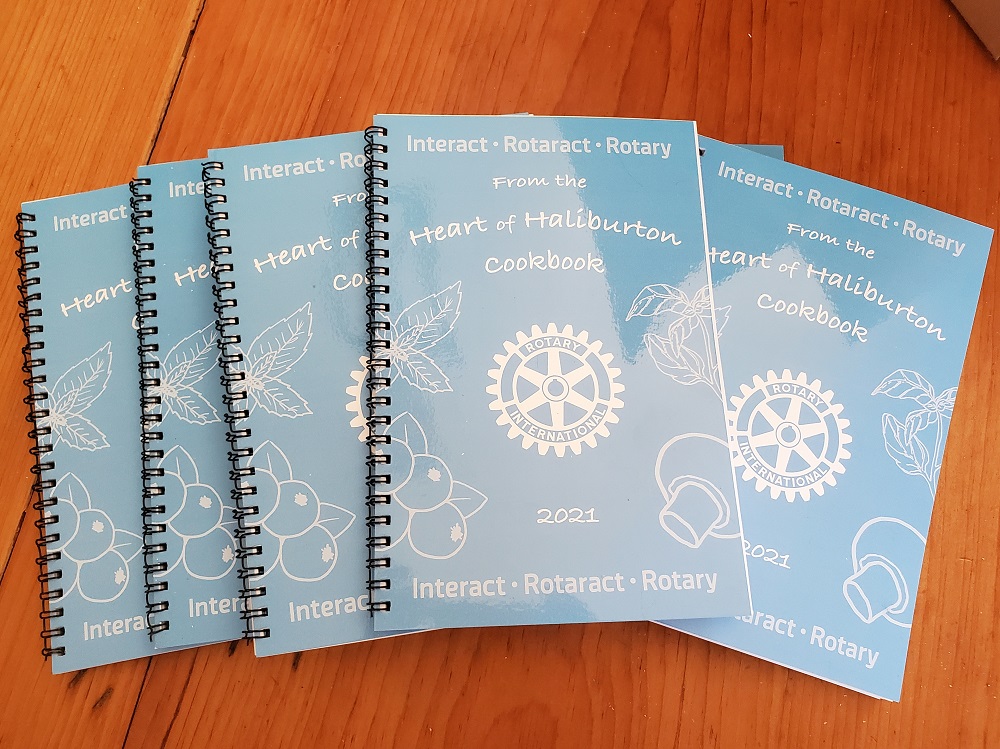 A new cookbook fundraiser produced by local community clubs aims to celebrate local cuisine while raising money for a school half-way around the world.

The “From the Heart of Haliburton” cookbook is a collection of recipes gathered from community members and produced by Haliburton Highland Secondary School’s Interact club, the local Rotary branch and Rotaract community club.

All the proceeds of the book’s sales will go directly to buying new school supplies and equipment for a school in southern India.

“It will have a huge impact. It’s a very basic school, in a basic concrete building – the money will go very far,” said Christine Carr, faculty advisor for the club.

“It will really help them have a more conducive learning environment for the students,” Carr said.

So far, the project has been a roaring success: they’ve doubled the size of their cookbook order due to early interest. Logan

Heaven, head of communications for the HHSS Interact club, said the idea came about after the group was brainstorming fundraisers which might address COVID-19-induced boredom.

“Everyone’s looking for something to do: we thought cooking would be a fun thing to do,” Logan said.

After HHSS Interact club collected recipes from around their community and sold ads to local businesses, Rotaract stepped in to help produce and distribute the cookbooks.

Scott Walling, a local artist and presidentelect of the Rotaract club, illustrated the recipes and designed the cookbook with fellow Rotaract member Vivian Colling.

“It was a really nice collaborative effort, to be able to input my ideas, and have it work with what they were envisioning already, and have it come together quite nicely,” Walling said.

Interact club members went out and about in Haliburton collecting recipes; inside the cookbooks you’ll find everything from soups to scones. Cooks will also get to leave feedback: each recipe is accompanied by a five-star rating system to fill in.

“Some [recipes] in there, I’ve never heard of in my life,” Heaven said, mentioning he’s excited to try out a blueberry scone recipe.

“I’m not really a cooking guy,” Heaven said with a laugh. “It’s hard!”

Walling said that no matter the skill level, the cookbook is all about community and helping out a school in need.

“It’s totally accessible to most people as well – it’s a great way to be involved with the community and be involved in Haliburton,” Walling said.

Each cookbook is $20 – they’re expected to be available in the coming weeks. A link to order can be found on Rotaract’s Facebook page, RotaractHaliburtonHighlands