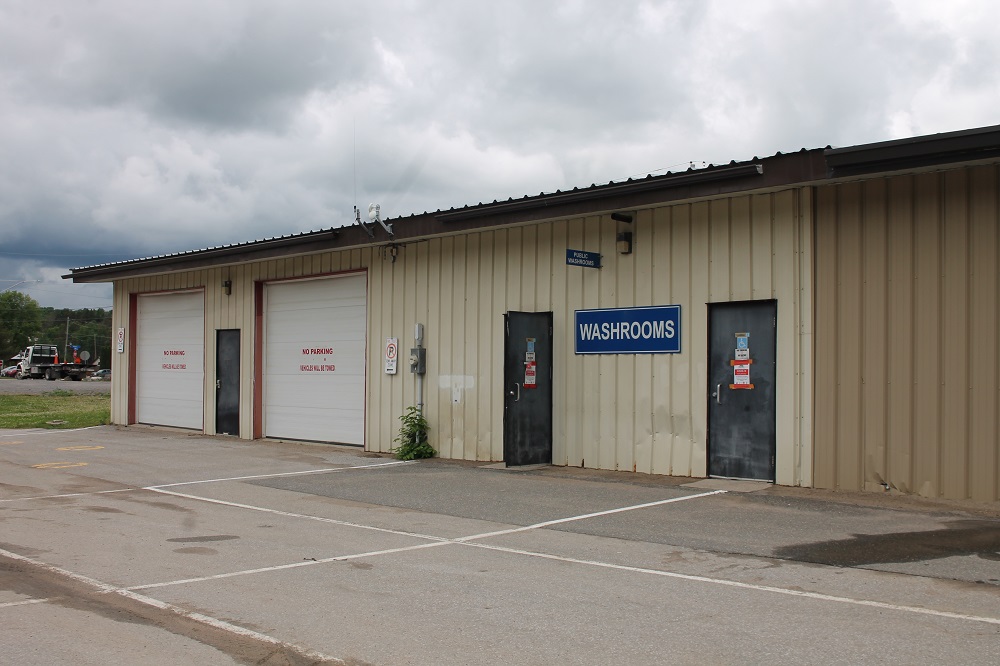 The suggestion came about after director of community services, Craig Belfry, updated council on talks with the Scouts and Guides, who have been ejected from the Scouts Hall at the newly-refurbished arena and community centre to make room for the Haliburton County Huskies hockey team.

Belfry said equipment and materials used by the groups were being voluntarily moved by the Junior A Hockey club to a temporary recreation complex location until September. He said he was also investigating purchasing mobile storage racks for the community centre, which could be rolled in and out for programming. He said there is grant funding for them.

He added the Scouts and Guides had not yet found a new place for their programming, although he is suggesting the community centre.

Mayor Brent Devolin thought mobile storage was a good idea not just for Scouts and Guides but other community group users.

At this point, Coun. Pam Sayne lambasted herself and council, as well as staff, for treatment of the Scouts and Guides, before recommending the township refurbish the old fire hall for them and other community users.

Sayne said she was “embarrassed” they had not discussed the issue earlier.

“I’m afraid that I relied too much on others who have been around longer than me to ask that question, why is it called Scouts Hall? Why are we giving it away?”

She said 2016 statistics indicated that six to 10 per cent of Minden Hills youth are in Scouts and Guides. “we need to support this in every way that we support hockey.”

She added she has been told Rotary put $300,000 into the meeting space “and that’s an atrocious amount of money on faith. If we don’t have a legal right, we certainly have a moral right to support this group.”

She said they should repurpose the old fire hall into a community space. She said it’s central, visible, and could be shared, whether it’s Scouts and Guides, for markets, or a gathering place out of the elements.

“So, I strongly urge everyone to support the idea of looking into this in great detail and seeing what we can do to convert this old fire hall into looking fabulous,” she said.

Belfry said staff did look at the old fire hall but it’s “not in any great state right now” and would cost “hundreds of thousands of dollars” to be viable.

Devolin said when the new fire hall was being built a few years back, there was talk of repurposing the old fire hall. He was interested in kick-starting that process.

He said the Scouts and Guides problem “may have been the straw that broke the camel’s back – comes front and centre as part of our dialogue and long-term strategy – whether we want to consider it.”

Deputy Mayor Lisa Schell said it was time council made a decision on the building, although it is not in the 2021 budget. She said it is derelict-looking but has “amazing” potential and would demonstrate, “we’re not just a hockey town. It would be nice to accommodate other kids.”

But Coun. Bob Carter said he thought the Scouts and Guides issue should be separate to the future of the old fire hall and its surroundings. He said council needed “more of an overall plan” for the building and area.

Council accepted the report as information, asking for a future plan on temporary and long-term storage for the community centre and a report on the future use of the old fire fall.