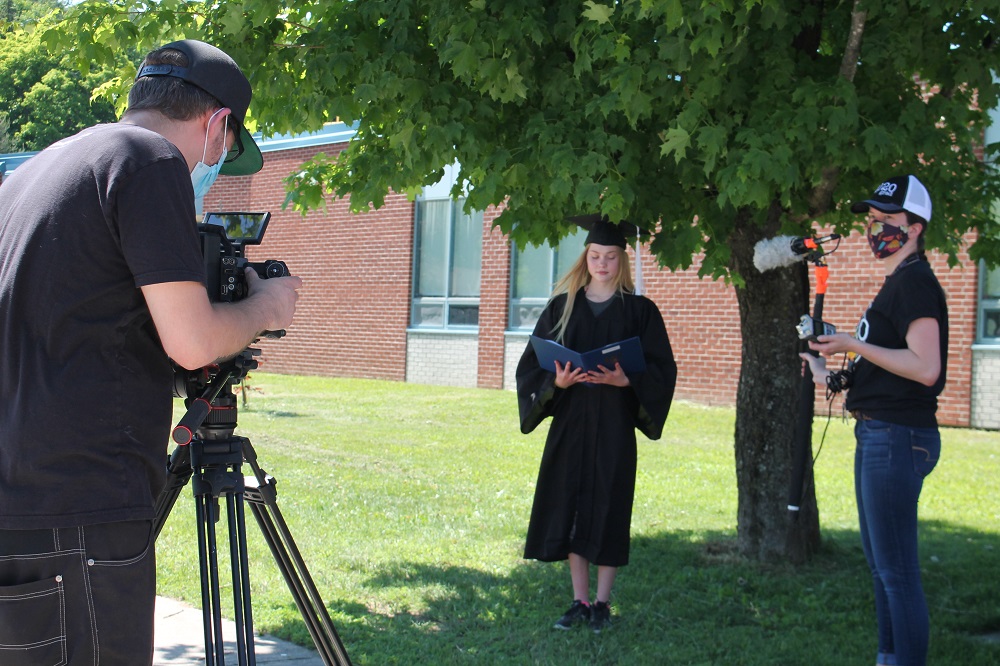 The Trillium Lakelands District School Board (TLDSB) has decided to stand its ground on hosting virtual graduations for Grade 8 and 12 students again this year.

“There is no reason that in a year like no other, school boards can’t think outside the box and do all they can do safely to give Ontario students the send-off they rightfully deserve,” Ford said.

Ford added he “wanted students in all grades to have outdoor graduation ceremonies.”

Public backlash was almost immediate, with the Ontario Principals’ Council (OPC), which represents almost all of Ontario’s school administrators, saying in a press release that “outdoor ceremonies for all classes are not possible this late in the game.”

The OPC added schools have been planning virtual ceremonies for weeks and months, and “don’t have the time to pivot to an outdoor in-person gathering.”

They called the request, “both disrespectful and unrealistic to Ontario educators to expect them to organize events on this scale this late in the year.”

Sinead Fegan, communications officer for the board, confirmed with The Highlander after the meeting that TLDSB graduations will be virtual this year.

“Graduations take a lot of time and careful planning to put in place. TLDSB administrators have had school graduation plans in place for several weeks.

In-person gatherings would mean multiple celebrations throughout the day and with (two) weeks remaining in the school year there is not sufficient time to coordinate and organize these events outdoors.”

Fegan added public health has advised the board virtual celebrations are “the safest path forward.”

Hahn did hold out the possibility of graduates interacting with their teachers one more time when he told trustees, “staff are sad that goodbyes at graduation are not possible this year. We are hoping that when students drop off their tech there will be a chance for staff and students to say goodbye. More information about this will be forthcoming to parents soon.”

David Waito, principal of J.D. Hodgson Elementary School in Haliburton, said, “We recognize that graduation ceremonies are especially important to mark the rites of passage for both our Grade 8 students and their families, so we will do what we can to celebrate these moments and make them special.”

Lori Sergeant, the administrative assistant at the Adult Education Centre in Haliburton, said they’ll do something for their 16 grads. Sergeant said they are not 100 per cent sure what this year is going to hold, but unless there are drastic public health changes, something similar to last year may be planned again this June.

Jane Austin, principal at Archie Stouffer Elementary School in Minden, said, “We will be having a virtual ceremony as per the directive of the TLDSB. It will be filmed and then posted on June 21 for families to enjoy and celebrate.”

Austin added the format will depend on the regulations still in place by the government.

“If we can gather, we will film a stage crossing like last year. If we cannot, it will be entirely done the virtual way with certificates being mailed out to families,” she said.