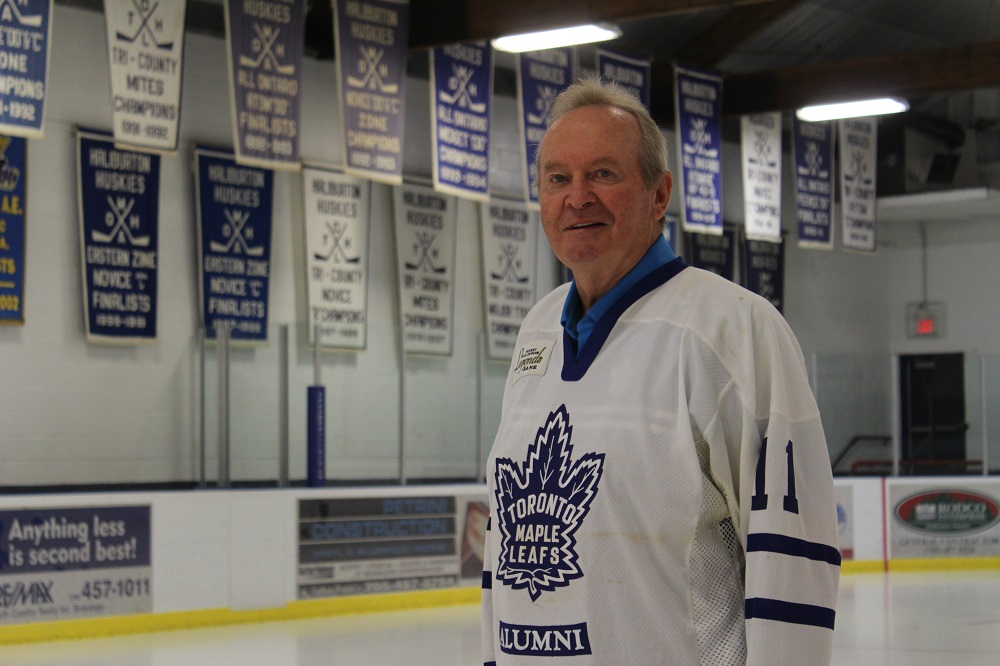 The last time the Toronto Maple Leafs and Montreal Canadiens squared off in the NHL playoffs, Haliburton’s Walt McKechnie was in the blue and white for the Buds.

It was the spring of 1979 – 42 years ago – but McKechnie remembers it like it was yesterday.

The powerhouse Habs, with the likes of Ken Dryden, Guy Lafleur and Larry Robinson swept the Leafs in four games, with the last two quarter-final matches going into overtime.

McKechnie’s Leafs were strong, “a tight team” coached by Roger Neilson with players such as Darryl Sittler, Lanny McDonald and Borje Salming.

“I just remember so much about it. It’s still unreal to me,” McKechnie said from his cottage May 18.

The 2021 version of the Toronto Maple Leafs play their first-round playoff match against the Montreal Canadiens, which began May 20 at Scotiabank Arena in Hogtown. The Habs won the first game 2-1.

In McKechnie’s day, they played out of Maple Leaf Gardens and in Montreal, at the famed Forum.

“The whole city was just abuzz,” McKechnie said. He said the memories still excite him and he is proud to have played in that last former original six tilt.

At the time, he said Toronto fans were crying out for a Stanley Cup. They hadn’t seen Lord Stanley’s mug hoisted since 1967 – a drought that now stands at 53 years.

“The atmosphere was incredible. I have no words to describe it,” McKecknie said.

He clearly remembers the night the Leafs were ousted 5-4 in overtime after a controversial penalty led to a Montreal power-play goal. Bob Myers made the call. Robinson scored and “Tiger [Williams] kind of lost it,” the alumni said.

McKechnie was named third star of that game. Seeing Robinson in the tunnel, he said the ‘Big Bird’ told him that if Toronto had won the last two overtime games, they likely would have won the series.

Asked about the impact of having no fans in the stands due to COVID-19 protocols, McKechnie said it will be a factor but once the national anthem is played and the puck dropped, “something kicks in.”

He was reluctant to make a prediction, saying you can’t assume anything in hockey and what a team looks like on paper means nothing as on any given night since any team can win.

“[Montreal goalie Carey] Price is coming back. He can put a wall up that is unbelievable. If Toronto plays their game, they should win. But there isn’t any series there that’s easy,” he said.

On Leafs’ sniper and fellow centreman Austin Matthews winning the Rocket Richard trophy with 41 goals this season, McKechnie said, “he’s the real day. This guy has talent. He and [Mitch] Marner, they are just so good together.”

When he settles himself in front of the television May 20 with a bowl of popcorn, McKechnie will be excited to watch the Leafs – Habs series. The memories will come back, too.

“It was a great experience. I’ve been thinking a lot about it.”

A decade of smiles at Volunteer Dental Outreach