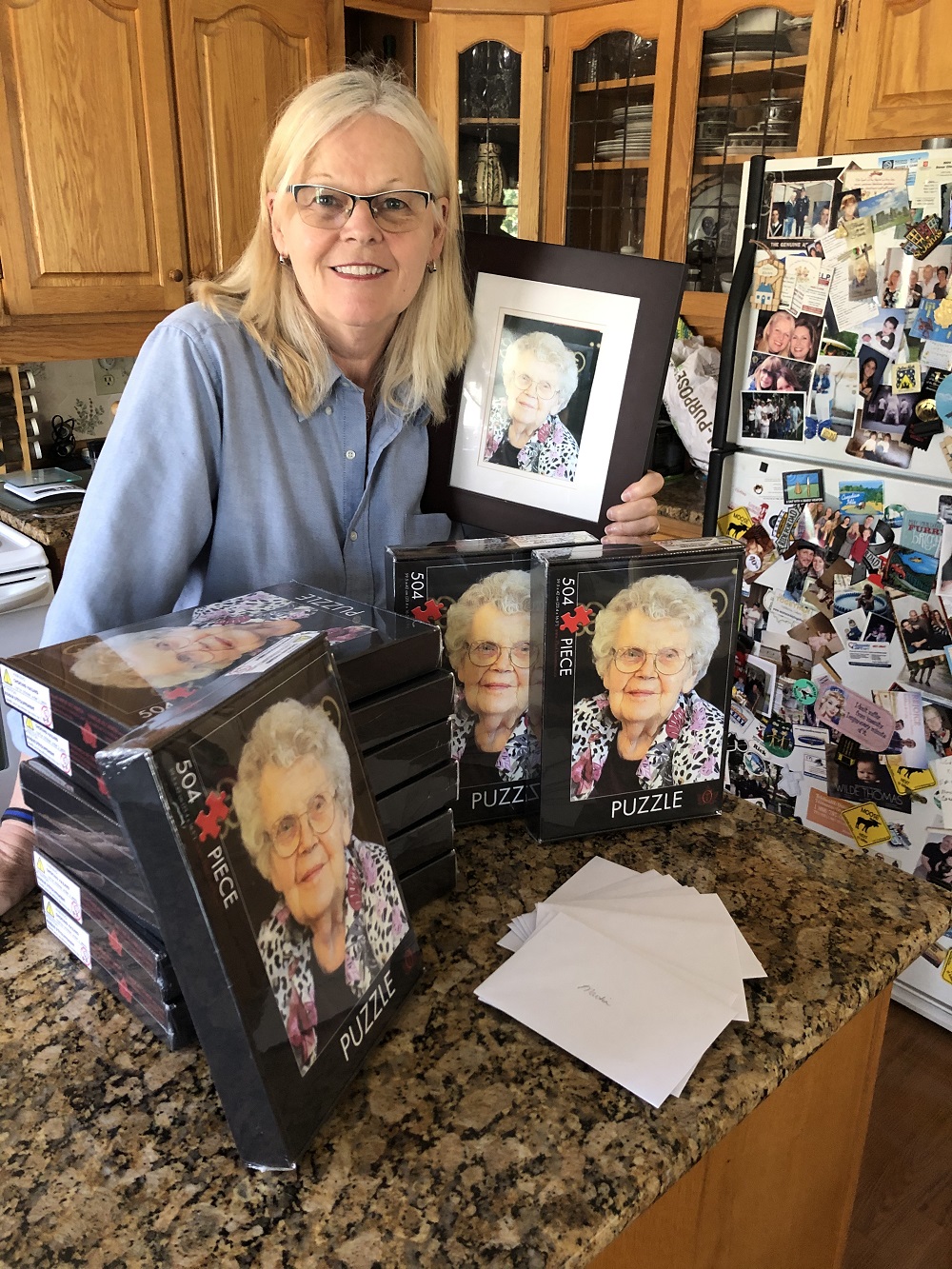 With Mother’s Day coming up, as well as the anniversary of her mom’s passing, Val Jarvis wanted to come up with a tribute that she could share with her family all across the country.

She said she’s had a photograph of her mom, Mary Jarvis, on her fridge since she passed in 2015.

“As you can tell by my fridge, I love pictures,” she said.

Holding the one of her mom, Jarvis added, “I’ve had it smiling at me since her funeral.”

After discovering The Occurrence, a puzzle factory on Industrial Road in Haliburton, Jarvis began to hatch her idea.

“I couldn’t think of a better gift for my nine siblings than for them all to have the same picture,” she said.

The Occurrence makes custom puzzles. Jarvis said the first step was getting some work done on the photo.

“I wanted to thank Luke Schell of The Photo Shop who was able to put the colour back in my mom’s cheeks that the original photographer washed it out with his flash and for scanning and sending her image to the amazing couple who run The Occurrence, Michael Bainbridge and Brigitte Gall.”

Jarvis said she can’t wait to surprise her siblings with the personalized keepsake puzzles.

It was an ordeal just to mail them as she has brothers and sisters in British Columbia, Alberta and Ontario.

“We are so fortunate to have this new and innovative business set up shop in our little town,” she said.

Jarvis joked that her only regret is not getting a puzzle made up for herself.

She shared that the other thing the family has been doing is circulating a family letter since 1991, when her father was killed in a motor vehicle accident.

“Mom would add letter number 11. We kept it up after her death and it makes it around the group every six to eight months. My oldest siblings don’t own computers. We throw in updated photos of children, grandchildren and great grandchildren as well as DVDs of favourite movies or historical articles of interest.”