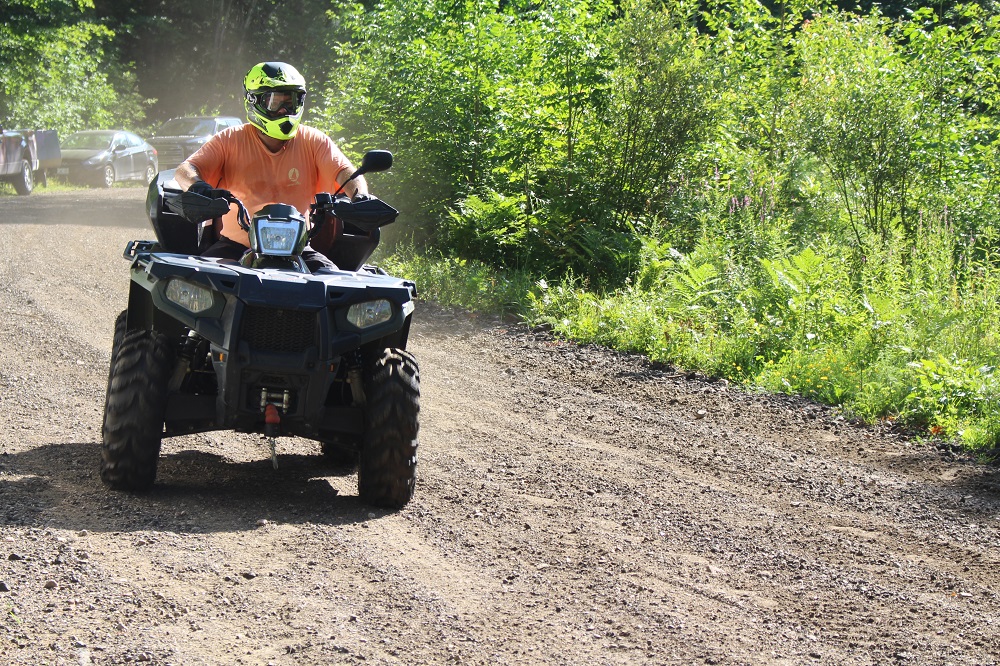 County council narrowly opted to open its Rail Trail to ATVs May 3 after a split vote, instead of delaying until the scheduled end of the lockdown May 20.

Two concerned citizens, Ray Isaacs and Max Kalinowski, presented to council April 28. They sought a moratorium on vehicle traffic on the trail during the pandemic over concerns about safety and accidents potentially adding to the burden of a strained health care system.

Council did not agree to a moratorium but did take a vote to delay the usual opening of the Rail Trail to ATV traffic. Warden Liz Danielsen and councillors Dave Burton, Andrea Roberts and Brent Devolin voted in favour, while deputy warden Patrick Kennedy, Cec Ryall, Lisa Schell and Carol Moffatt voted against. On a tie vote, the motion was defeated.

“This is indicative of the level of disagreement about the use of this trail we’ve experienced for many years,” Danielsen said.

Isaacs and Kalinowski argued that people will want to use the Rail Trail to enjoy nature during the pandemic. But Isaacs, a retired physician, said mixing pedestrian and ATV traffic can be dangerous. He said any severe accidents could take up health care resources.

“Allowing motorized vehicles on the trails during these circumstances adds a completely unnecessary risk of severe trauma injury at this time,” Isaacs said.

Devolin said he agreed with the importance of the location as a place for people to enjoy nature and the greater number of people can create challenges. But he added the Rail Trail is a vital route and noted that are many other pedestrian-only trails.

“We need to preserve the one interregional artery for motorized recreation,” he said.

Danielsen said the County emergency operations centre (EOC) was also divided on the topic and there are limited reports of major incidents on the route. But she said the EOC discussed how delaying the vehicle opening could help discourage travel during the stay-at-home order.

“It sounds to me like right now it is the best that we could do,” Danielsen said.

Haliburton ATV Association president Joel Bocknek told The Highlander the Rail Trail is not a point of destination for riders, but a way to get between places.

“It’s an opportunity for riders, particularly local to be able to get outside and enjoy the Spring weather,” he said. “ Certainly lends itself to social distancing and the other public health advice.”

Schell said some people may not be able to walk on the trails but could sit on an ATV because of a disability.

“I don’t want to exclude those people,” Schell said. “Provided that there is a mutual respect of all of the users.”

The Rail Trail will opened May 3 to ATVs that have obtained a permit from the Haliburton or Kawartha ATV associations. In a statement, the County asked all users to respect each other and comply with public health recommendations.

Student inspires others in fight against climate change