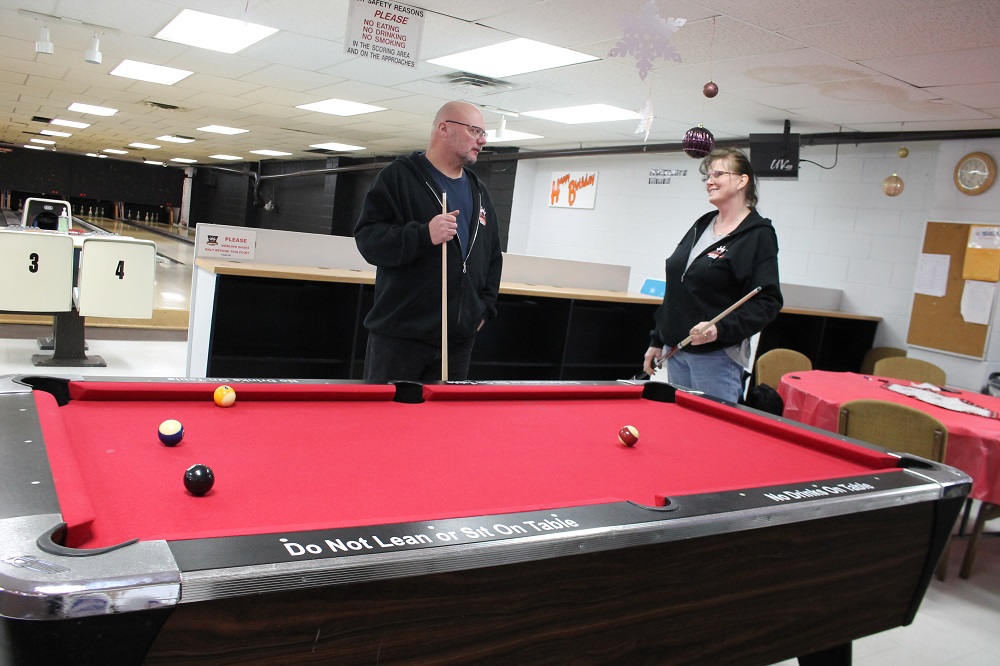 The owners of Fast Lane Bowling in Minden said they will continue to operate until the season ends, however, they are planning to sell and relocate to Sault Ste. Marie.

Ron Crump told The Highlander, “we’re here until April and then I’m going to put it up for sale.”

He said they have family, including grandchildren, in Sault Ste. Marie.

Crump, who owns the business with partner Debbie Gerzymisch, said landlord Hazma Khalid informed them of a substantial rent increase on Dec. 2. Initially, they said it was put at $2,850 a month, and then reduced to $2,100, but still a 75 per cent jump from what they had been paying.

Crump said at that time, “we just don’t make that kind of money.”

Gerzymisch added, “especially in the summer. We’re dead. And in the winter, we have an extra high hydro bill because of the heating.”

As for plans to put the business on the market, Crump said, “it’s spreading by word of mouth right now. I’ve told a few people. Hopefully someone will pick it up and keep going with it.”

Khalid told The Highlander last month that Bank of Canada interest rate hikes had forced his hand and even with the rent increase, he is still charging less than market rent.

Managing the bowling alley had been Crump’s retirement plan, to supplement income if there were any profits, but also to give himself something to do. Gerzymisch added they had enjoyed getting to know the County bowling community.

Two other businesses in the complex also had their rents hiked. Another had already moved out.

She told The Highlander last week that the landlord had agreed to negotiate rent, “so we have no plans to move at this time. We love what we do and want to continue to serve the pet and animal lovers of Minden and area.”

Sonya Smith, of Sonya’s Unisex Hairstyling, told The Highlander she is going to try to stay put for now. Her rent increase was more than double. “They’ve come down a little bit. I’m going to try and stay if I can.”

She said she had to raise her prices a little bit, “because I have to do something. If I’m just working here to pay the rent, that’s no good. I need to pay my bills just like everybody else.”