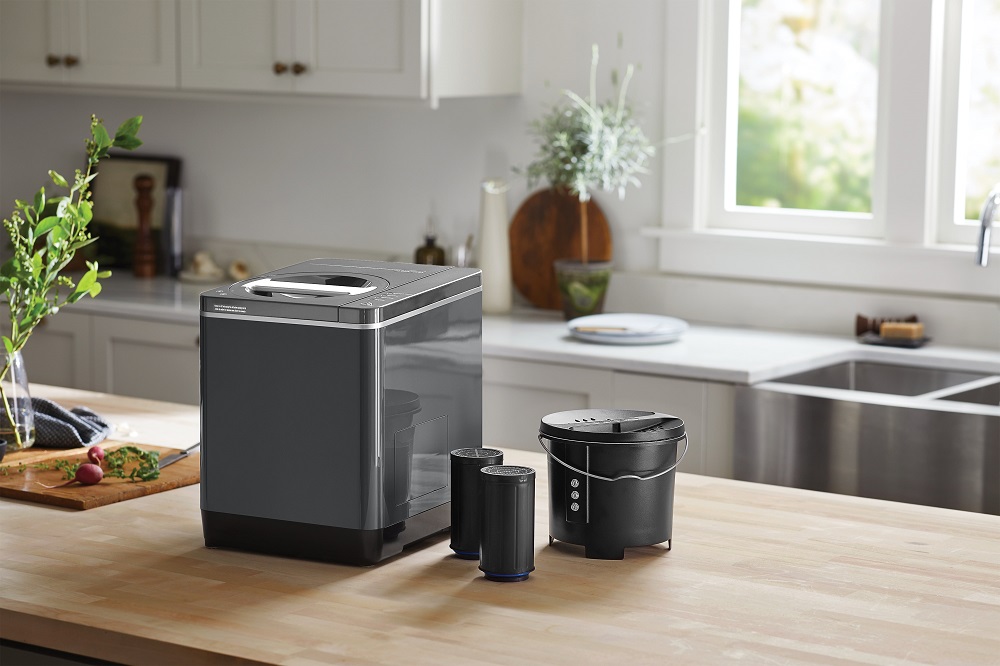 The County of Haliburton is expected to decide by the end of the month whether to support a Highlands Foodcycler program.

Climate change coordinator, Korey McKay, tabled a report to the Jan. 11 committee of the whole meeting, with options for a potential countywide program utilizing combined federal and local funding.

She said 77 per cent of municipal greenhouse gas emissions are a result of organic waste breaking down at landfill sites. She added managing the waste is very expensive for small townships.

She said some feedback was the size of the bucket was too small and even the cost of subsidized units too expensive. She said the County program would address those two issues. The units used today could be offered at $50, with a newer, double the capacity, unit at $150, the coordinator said.

Coun. Murray Fearrey said, while a great idea, he felt it was being presented in the wrong place.

“I don’t understand what we’re doing as a County, trying to do something that private enterprise should be doing … I just don’t think that we’re in the appliance business here.”

He said it takes a lot of staff time in Dysart and the feedback he has received is the units are loud. He added people who can afford them should buy them rather than municipal government providing subsidies paid by for County taxpayers.

Coun. Walt McKechnie concurred, saying a lot of staff time was taken up “basically selling” the product and explaining how it worked. “It is a lot of money in this day and age, $100,000 for us to subsidize this.

“It’s a great project, but people who want it should go out and buy it.”

Coun. Bob Carter said the way the project is set up makes it a “take it or leave it” proposition for councils. He said the difference is paying $50 or $150 if subsidized, versus $500 on the open retail market. “There’s a huge savings for people. But it comes down to whether or not this is something that we need to do in our budgets.”

Coun. Jennifer Dailloux asked for a breakdown of waste management reduction costs. For example, she said option one appeared to show savings of $112,500, while investing $102,000. McKay said for every tonne of waste reduced, there is a $150 savings. “That’s really impressive,” Dailloux said.

Coun. Lisa Schell acknowledged while the County would be spending $120,000, they would be saving on landfill costs. Looking at the numbers, she said, “it’s almost a wash at the end of the day so I think that’s something to consider as well.”

Warden Liz Danielsen said they did a pilot at Algonquin Highlands, “and it was extremely successful. I heard not one negative comment about it.” She said the unit does take up counter space but she had not heard noise complaints. “I think this is an excellent program.” She added, “it could be considered to be the appropriate place here (at the County).” However, with some councillors voicing concerns, she suggested holding off until more budget talks.

Dailloux said AH councillors were able to trial units and McKay said there was one in the kitchen at the County office.

Council received the report and deferred a decision to a council meeting at the end of the month.

Snowmobile association grooming for a cause