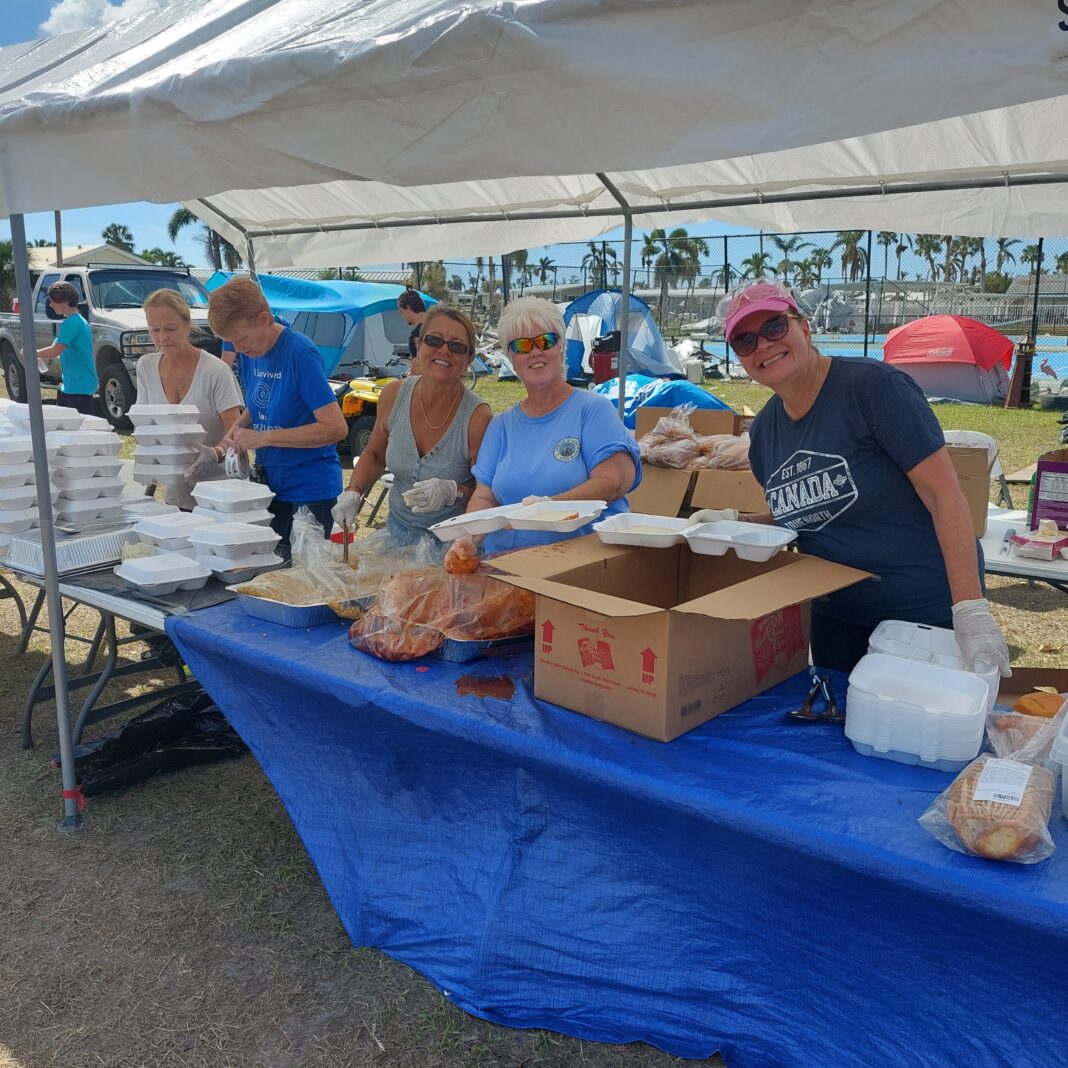 An Algonquin Highlands couple said travelling to Florida to aid in hurricane relief exposed them to the best of humanity amidst tragedy. When Yvonne and Cary Kreuzwiesner heard Hurricane Ian had ripped through the Florida community where her sister lived in early October, they immediately knew they wanted to help.

“We saw the disaster and we were planning to go anyway,” said Yvonne. “And I just said to Cary, we have to go now. We have to lend a helping hand.” They said their faith motivated them to go, too, and the couple received a blessing from their West Guilford church community before they left. She said it was a chance to put their faith into action.

“What do we come here (church) for? Just to meet and chat? Or is it real? Are we going to be real to people?” she asked. She temporarily closed her business, Skin Tech Face and Body Care, and after a 25-hour drive they arrived in Naples, Florida.

While the Kreuzwiesners got there more than a week after the storm had passed, they encountered scenes of devastation as they entered the coastal state. “It was like the apocalypse,” Yvonne said. According to NBC News, the late September storm resulted in at least 148 deaths, and left thousands without homes.

Rows of beach houses were entirely demolished, furniture and personal belongings strewn across the street. “We met people who were living in their porches,” Yvonne said.

“They didn’t want to leave.” They registered with the Patriot Volunteer Society, which coordinates civilian volunteer efforts in disaster zones around the U.S. and got to work.

Yvonne also served food to community members. It was on one of the food lines she realized she was next to a fellow Halls Lake resident. “It was not by coincidence at all. It was just for sure. She even said the same thing. I guess my parents and God brought us together.”

Yvonne said the trip was a watershed moment in her life.

“I look at materialism completely differently,” she said. Million-dollar homes were lost just as others lost one-bedroom “shacks,” she said. Yvonne and Cary also mentioned they saw “the best of humanity” exhibited in business owners devoting resources and staff to clean up, such as a brewery owner who traveled to Cape Coral and Fort Myers with a trailer of washing machines to wash and dry people’s clothes.

Canadians, Europeans and Americans from far-flung states had flown in to help, just like the Kreuzwiesners. “That’s what we saw – humanity coming together,” Yvonne said.

She said she saw Highlanders “step up” in times of need, such as the Minden floods, and encouraged anyone to assist when emergencies strike, no matter which country they may be in.