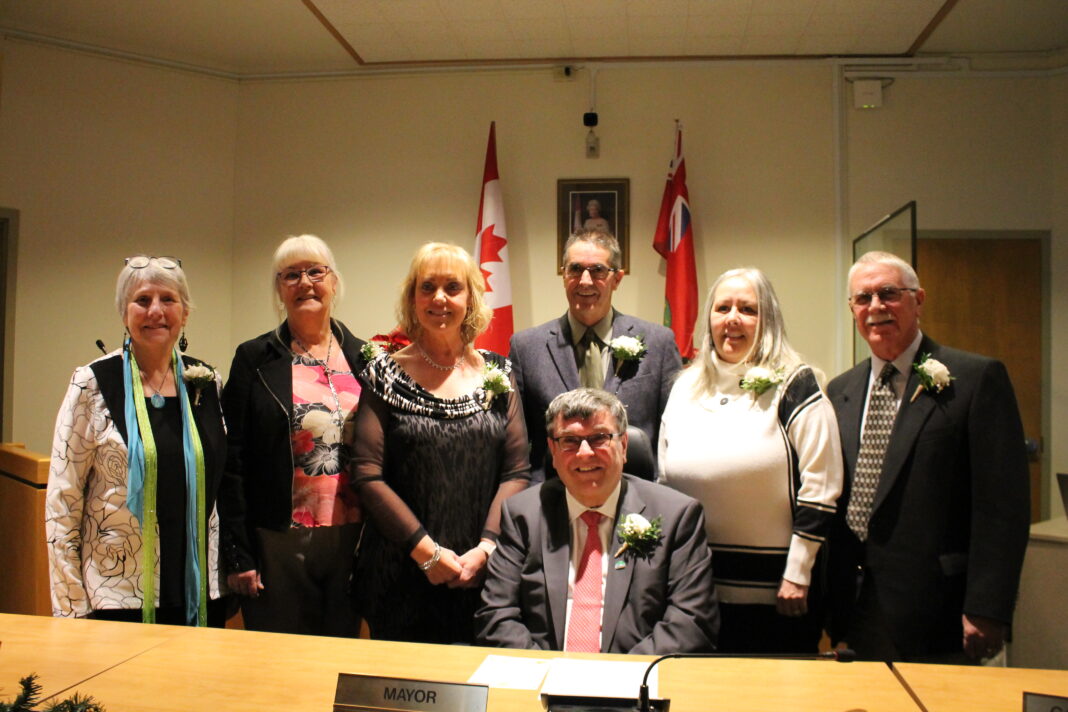 A strategic plan is key to tackling the township’s short and long-term goals, mayor Bob Carter said at Minden Hills’ first regular meeting of council Nov. 24. “Everybody has the items that are most important to themselves and has an idea of the order things should be done,” he told councillors. “To me, that is going to come out in a strategic plan.”

He said such a plan would use staff time more efficiently as they balance everyday operations and long-term reports and planning procedures.

“Oftentimes people have wonderful ambitions at the start of any term.

And life happens and things just don’t get done. I’d like us to have a plan moving forward and to be able to handle all those things,” he said. After the meeting, Carter told The Highlander a plan could be constructed in Spring 2023 but did not provide a set timeline.

He added council will determine whether such a plan will require outside help, such as consultants.

Carter also laid out a tentative schedule for when key discussions will happen in the council chambers this year and next. On Dec. 8, the township’s auditor will go over the financial statements for 2021.

He said the township’s committees will be on the docket Jan. 26. “Committees are going to be very important to us,” Carter said.

That meeting will also host a discussion of the township’s procedural bylaw, which dictates how council and committee meetings are run, for example. “Our procedural bylaw needs an overhaul,” Carter said “It may almost have to be totally re-written.” Asset management will also feature in upcoming meetings. That’s a provinciallymandated process that outlines the values of municipal infrastructure such as sewage lines and roads based on their replacement value. Budget discussions will occur Feb. 2, 16 stretching to March 2 and March 9.

Carter said the township’s goal will be to pass a 2023 budget on March 9. In 2022, council voted to approve its budget April 28. The budget was central in a subsequent discussion about building maintenance at the Minden Hills Cultural Centre. Director of community services, Craig Belfry, explained how rot and twisted logs in the Baily Barn have complicated efforts to fix the building’s foundation.

While an engineering review is pending, the project is likely to exceed the $30,000 budgeted for the fix in the 2022 budget. “I look at it and I don’t think I’d spend the $30,000 on it,” said coun. Bob Sisson. “Somewhere you’ve got to draw the line, right?” Belfry said the issue, “comes back to strategic planning. What you see as a value to what those structures are. From somebody who has worked in the heritage and cultural field for a long time, I would say there is a value in keeping these buildings up to show the history of Minden.”

Carter said the discussion would be best had during budget deliberations. “With all the priorities we have in the township, these are the type of items that are very valuable to have in the budget process,” he said.

Minden Hills has signed on to a letter from the County of Haliburton calling for the OPP to continue to have a detachment commander in the Highlands. The service has discussed the possibility of replacing the detachment commander with a manager, essentially making it a satellite of the City of Kawartha Lakes OPP. “With the growth we’ve seen here in the community, we deserve to have our own detachment commander,” said Carter. He said he expects similar conversations to arise on other provincial decisions. “I had a fear that various levels of government would try to look to cut costs… this is the first example of something we’re going to have to fight to get what we need, what we deserve and certainly what we’re paying for.” Deputy mayor Lisa Schell agreed. “We completely reject this proposition,” she said.

Councillors called for an in-person delegation and further details after the Minden Community Food Centre requested a $10,000 donation to keep up with demand for services.

It submitted a request due to a more than 15 per cent rise in usership in recent months. Nearly 800 households have sought help from the centre.

“As basic costs continue to rise with inflation soaring – housing prices, food, gas – families that were already on a tight budget are struggling even more to make these ends meet,” wrote food centre chairperson Don Veno. He added food expenses at the centre have increased more than $20,000 since last year. He said the donation would help fight rising costs and ensure the centre can maintain service levels. “I can’t support this request at all,” said coun. Bob Sisson. “Where do we come up with 10 grand? That would build a ball diamond in Irondale.”

Coun. Tammy McKelvey said it would be hard to allocate funds to one community group and not others.

“I struggle to take taxpayer money and donate it to any organization,” she said. Schell said she’d support the request, and pointed out council does donate funds to the food centre and other groups such as the YWCA Women’s Centre of Haliburton County. “I believe they do wonderful things.

They keep food on the table for people who can’t afford it,” she said.

While coun. Pam Sayne called for clarity on the request and how council has processed similar requests in the past, Carter said he hasn’t seen a similar request for such a level of funding during his time on council.

“It would seem to me we do need more answers,” he said. “…I also think if they want to make such an extraordinary request, they should do that through a delegation.”

Council will request a delegation on the topic from the food centre, as well as a staff report out