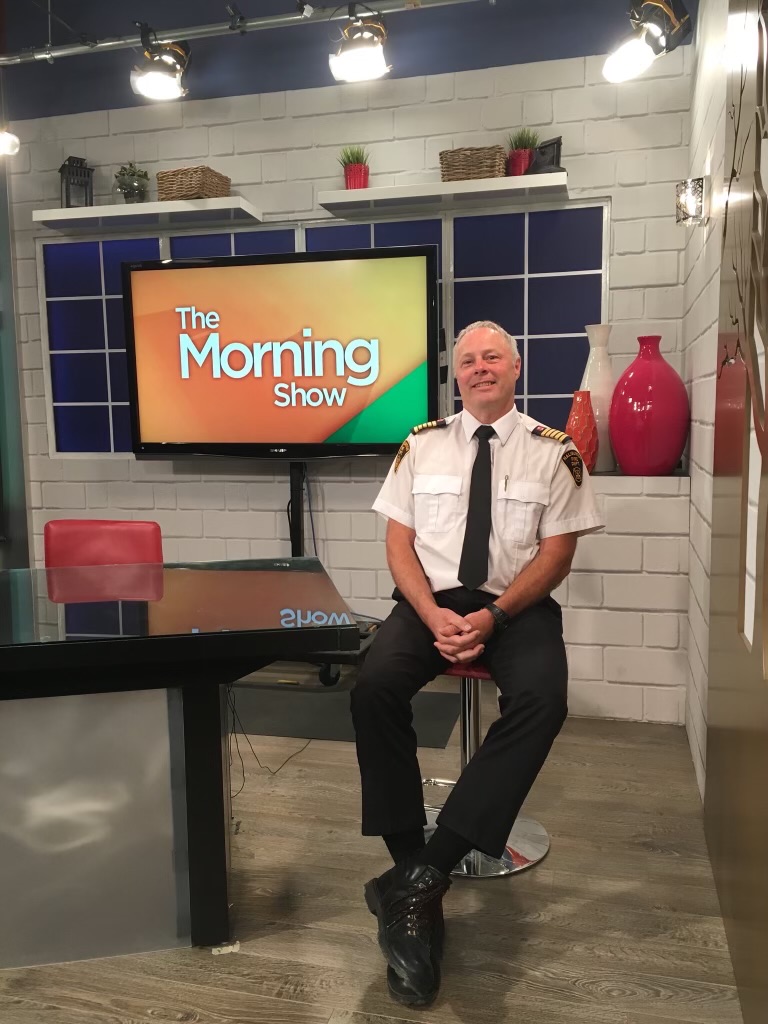 Haliburton’s Chris Iles lost more than just his dad this past weekend; he lost his best friend too. Surrounded by family at the Haliburton hospital, Dysart et al fire chief Mike Iles passed away Nov. 26 following a year-long battle with lung cancer. He was 61.

His death has reverberated around the community where he was born and raised. The township has lowered flags to half-mast at municipal facilities, and tributes have been pouring in, honouring a man many believe to have been one of Haliburton’s greatest champions. “It’s hard to accept he’s gone,” Chris told The Highlander.

“I’ve already thought lots this week about picking up the phone and calling or texting him when something comes up, or when I need the answer to something, but obviously I can’t do that anymore. It hurts, and I’m not sure if it’s something I’ll ever get used to.” Mike Iles’ fingerprints are all over the community.

He’s a graduate of Haliburton Highlands Secondary School and a former part-owner of Curry Chevrolet Buick GMC, where he spent decades as service manager.

He volunteered with several local service groups and was an avid hunter and angler, owning a small cabin in Haliburton Forest that he used for weekend and evening expeditions. Aside from his family – wife, Wendy, and daughter, Tessa – Iles’ true love was firefighting.

He had grown up around the downtown station where his father, Joe Iles, served as a firefighter for more than 40 years. He joined the ranks as a volunteer in 1993, becoming a captain in 2010.

After deciding to retire from Curry Motors, Iles pursued his “dream position” as Dysart’s fire chief, officially taking the title July 1, 2016. Township CAO Tamara Wilbee said Iles was, “extremely liked and well respected” by peers and co-workers, noting he led many positive changes within the department. “Mike is known for being a strong, yet fair leader. He was an excellent coach and role model and exuded a sense of calmness in tough situations, which always helped keep others focused on the job at hand,” Wilbee said.

He said he couldn’t have asked for a better mentor, with Iles going out of his way to ensure Chumbley was adequately prepared when he took over earlier this year. “Mike had this ability to instill everyone with confidence, no matter the situation.

He was always very positive with the way he ran this department and the encouragement he would give to me and all the other members,” Chumbley said. “Even when he got sick and was in poor health, he did not abandon the fire department.

He was always on top of getting back to me if I had questions, and popping in to check on us all, even right up until he went into hospital.” As good as he was at attacking blazes, Iles also specialized in putting out proverbial fires too.

Bob Bullock, general manager at Curry Motors, worked with him for several years and said he had a knack for problem-solving. “He was always very sharp when it came to dealing with General Motors and the larger corporation, he approached things in a unique way and wouldn’t give up on something because it was hard, or out of his department,” he said.

Bullock added Iles had a “stern, but courteous way of doing business” and knew how to keep his workers in line. Many of the technicians working at Curry’s today were brought in and trained by Iles, who was a mechanic. “He had a wealth of knowledge he was always more than happy to share, especially with younger people starting out. It’s been a hard week for many [in the shop] because Mike was held in such high regard and was so respected,” Bullock said.

Chris said his dad was a fighter. He survived a diagnosis of prostate cancer about a decade ago and refused to give up this time, even after doctors told him the cancer had metastasized to several other parts of his body and was inoperable.

Asked what he’ll remember most, Chris said, “he was an amazing father.

Growing up, he always had an open-door policy for me and my friends. He was close with a lot of those guys. Then it’s the little moments – the fishing trips in the spring, the long drives to complete training once he became chief and I became a captain. There are so many memories that I’ll hold close for the rest of my life. “He was just a big softy. He developed such a bond with my son, Joe. They were inseparable,” Iles said. “He was proud to be a firefighter, and he loved Haliburton. This place just won’t be the same without him.”

A small gathering will be held at the Haliburton Fire Hall Dec. 2 from 11 a.m. to 2 p.m., with a reception to follow at the A.J. LaRue Community Centre from 3 to 5 p.m.