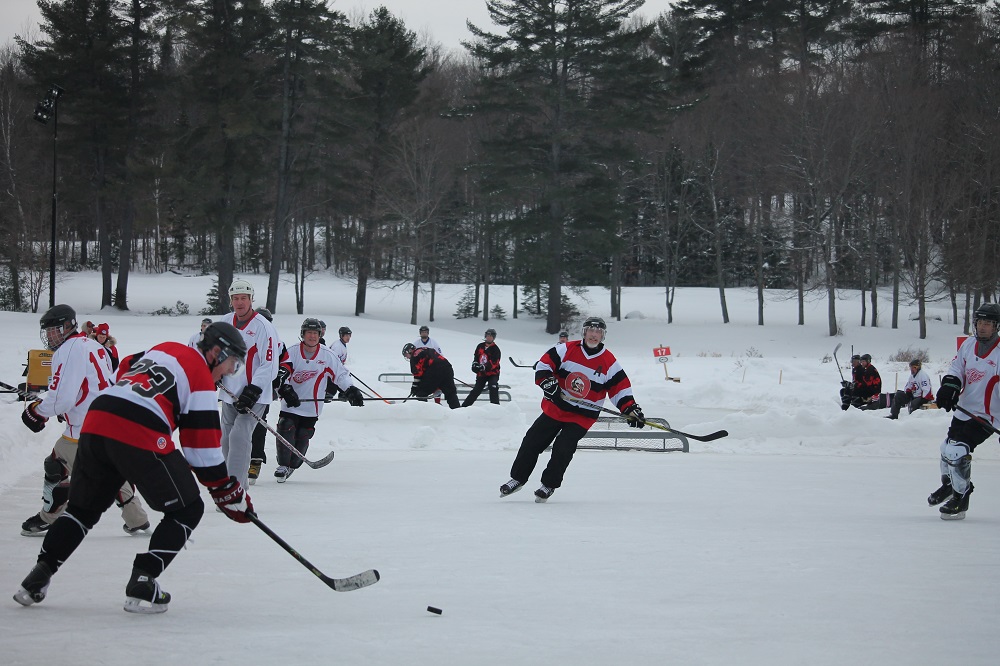 Unable to secure a venue, organizers of the Canadian National Pond Hockey Championships have cancelled the event for 2023.

They were last held at the Pinestone Resort and Conference Centre in the winter of 2020, but have been iced due to COVID the previous two years.

Teljeur told teams and volunteers via Facebook that, “our months of trying to engage venue management to discuss the 2023 event have failed and we no longer have time to put together a successful event.”

However, he vowed, “this is not the end. We are committed to running an event in 2024 and will have information regarding this in the next couple of months.”

In the meantime, Teljeur said they’d be reaching out to teams that have paid deposits to discuss options. They had rolled over about 80 teams from a planned event last January that they had to cancel because of COVID.

Teljeur bought the championships in 2016 to move the event from Hunstville to Haliburton.

However, he said it is becoming increasingly difficult to keep them in the Highlands without a suitable venue. He’s been looking at other options but cannot find a good fit.

“I need a host venue that is capable of holding 500 to 600 players at any one time for the stuff indoors. Plus, I need the convenience of having a water feature (a pond or lake) somewhere close by so the players don’t have to drive to get there,” he told The Highlander in a Nov 17 interview.

He said some players want more private accommodation, but the majority like being under one roof so they can socialize on the weekends. “The majority want to drop their keys on Friday and not pick them up until Sunday morning, so the challenge is we need rooms but also the means of having the pond. There’s a fine line of where all the things that you need converge in one spot.”

Teljeur said the Pinestone “is, ultimately, the greatest location for that, but you have to have a partner that is interested in getting involved.”

The Highlander asked owners of the Pinestone to comment, but did not receive a response as of press time.

Teljeur said while he brought the event to Head Lake in 2013, it was not ideal as they had to bus players to and from the Pinestone, which was expensive. The players, also, were not keen on that arrangement.

Teljeur said his back is somewhat up against the wall.

“It comes down to a clear choice. If Pinestone is not going to be involved going forward, it’s either one of two things for us. One is to cease operations altogether, which would be a shame, or to move it to another community, which is contrary to what I wanted to do.”

He said since making the announcement, his phone and email have been “blowing up” but there is nothing he can do about it.

He added it’s unfortunate since they had an uptick in interest, including potential teams from Scandinavian countries.

He added he loves the way the players have embraced the event, making it an annual get-together, many playing in costume. He said it is a lot of work but when organizers and volunteers see the players enjoying themselves so much, it’s worth it. And that’s why he is not giving up just yet.

“If something is worthwhile doing, you keep pushing until there’s just no other way to do it. I told the players and some of the volunteers I have been able to reach in the last 24 hours, we’re not quitting on this thing. I still believe that this thing can work but we need to have community engagement, especially from our accommodators and the venue.”