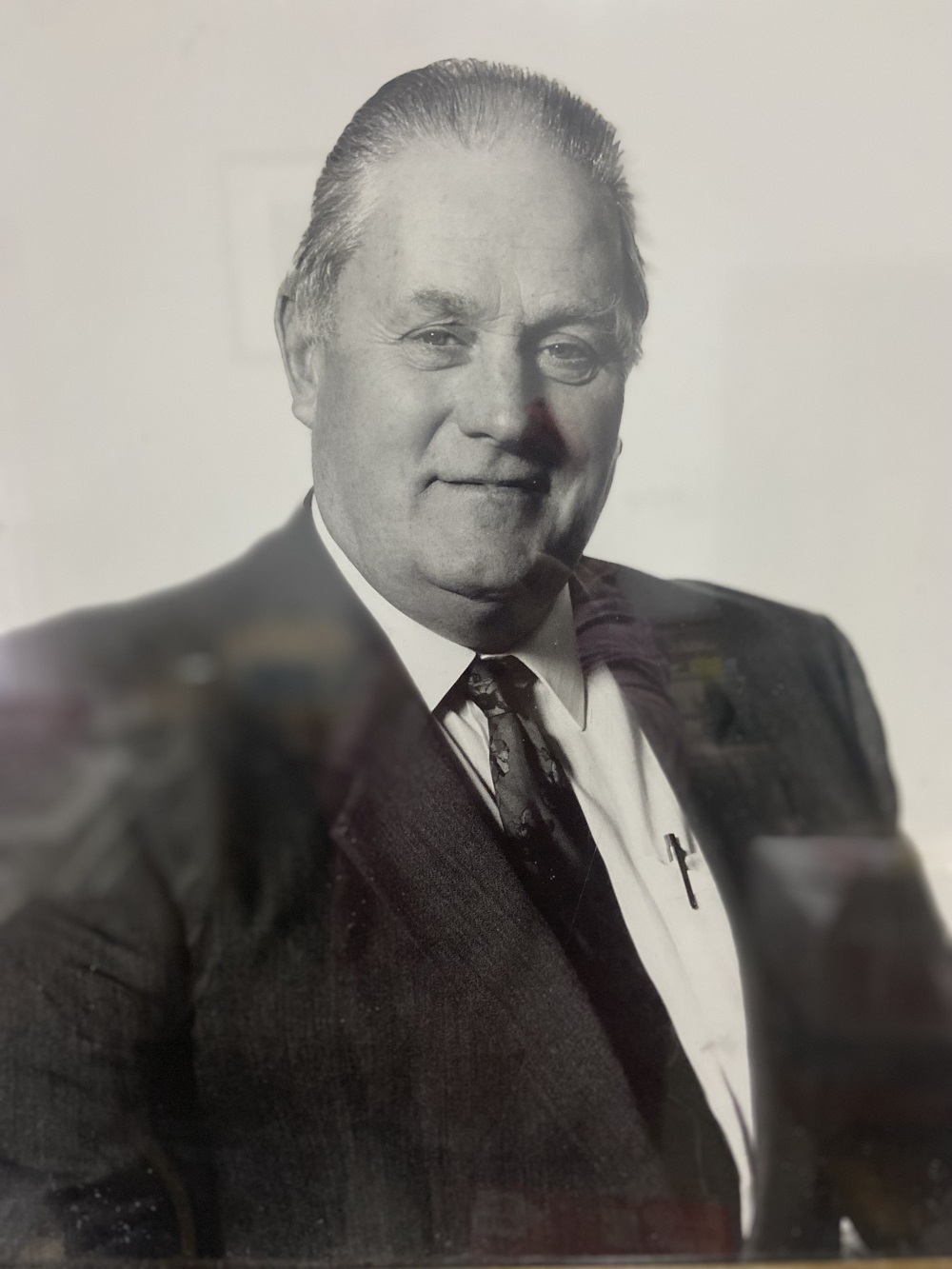 The circle of life continues for Minden Hills’ Wessell family.

On the day patriarch, Ingram Wessell, passed away, his granddaughter, Courtney, gave birth to Kayce. That Nov. 14 arrival was the third great-grandchild for Ingram in a month.

“He loved the grandkids,” his son, Harold, told The Highlander Nov. 21. “He cared a lot for his family. He loved all his family.”

Ingram Wessell was a husband, father, grandfather, great-grandfather, farmer, horseman, truck afficionado, businessman and politician over the span of his 92 years, before being felled by dementia and Parkinson’s Disease.

Anyone entering and exiting Minden Hills does so by passing the iconic red Wessell barn with its Belgian horses.

Harold, whom people say looks and talks like his dad and shares similar personality traits, worked with Ingram for more than 40 years.

“He was a hard-working man and accomplished a lot in his lifetime. He never backed down from a challenge. Everything he went and put his mind to, he did it.” Growing up, Harold said his dad taught he and siblings – Sherry, Tim and Mike – how to work from a young age. “I remember going to school. I had to get up at five o’clock in the morning and milk a cow.” He said they had large gardens that needed to be tended. “His thing was, nobody handed him anything … so he didn’t think anybody else should get handed anything. If you wanted something, you got out and worked for it.” He said Ingram’s parents didn’t have a lot of money. “His dad was the same. His dad worked. His two brothers were the same.”

Commenting on that iconic barn, Harold said his dad, “absolutely loved that barn. He just had it painted five years ago. He’d sit in his chair and every time he went in the house he’d ask, ‘what do you think of my barn? Doesn’t my barn look good?’” He also loved his horses, his son said. He added he would share his horse knowledge with his grandchildren. He gave his last horse to grandson, Cody.

He was also a man of God. Harold recalls being sent to Sunday school and going to church. He said his dad would pick up his grandkids and take them to worship.

Three ministers from three churches he attended over the years officiated at his Nov. 18 celebration of life.

“Every time the churches wanted to do something, he stood up and did it. He put additions on. He’d send the equipment for free and give them the material. He really stood behind the churches.”

Harold said the selflessness was just a part of his dad’s DNA. “If he met you for the first time, and you were down and out, he’d help you out. As long as you were willing to work, but if you were lazy and just looking for a hand-out, he had no use for that at all.” Harold said even when his dad’s health was failing, he would pick him up in the truck and take him trucking with him. In addition, “he just loved the business. He loved meeting people and talking with people. Most of the guys at the gravel pit here talk about him sitting in his chair at the scale house, talking away to them, and giving them advice.”

Harold “sees him everywhere” and has vowed he won’t sell his dad’s beloved international dump truck that he had painted John Deere green.

Ingram Wessell served as councillor of Lutterworth Township and reeve of Laxton, Digby and Longford Township.

Minden Hills coun. Pam Sayne once ran against him and said, despite that, she used to call him up and buy gravel for her driveway, “and tell him I’m helping him buy more campaign signs.”

She shared a story about when she and Wessell ran against Barb Reid. She was driving down the road and noticed someone had amalgamated her sign with his.

“I thought the sign was pretty funny. He was a good local farmer, and I was a newbie, and our thinking and our lifestyle was totally different, but we really had a respect and a bond. We were good neighbours. I called him and he said, ‘come on up, we’re (he and wife Isabel) just having lunch, can I make you a sandwich?’ and I said ‘sure’ and showed him the picture and we all had a good laugh and enjoyed a good lunch together. And that’s the kind of way we ran our campaigns then. We were friends.”

She added he was always helpful and, as a councillor, prioritized roads and tight budgets.

“The last time I saw him, at the beginning of the 2022 election campaign, I visited with him and Isabel. I was looking to say hello and seeing if I could get their support. Ingram’s eyes were bright, and he was with it. He knew who I was and it just felt so heartfelt.”

Sayne added, “he was a character. He’ll be really missed.”