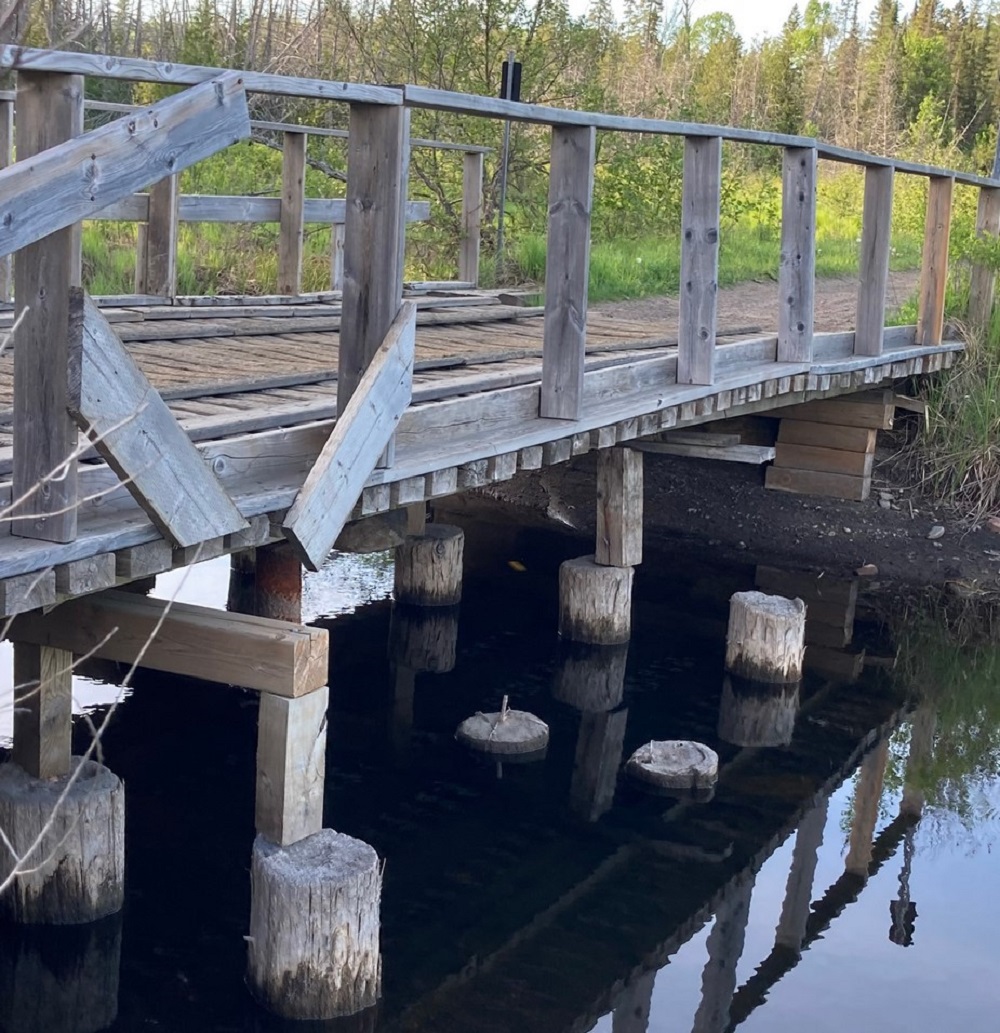 Snowmobilers are unlikely to be able to traverse the IB&O rail trail this season after Highlands East councillors voted against funding a temporary bridge that would allow access until a permanent structure is erected.

The stop-gap fix was estimated to cost $100,000 and would have allowed access over the creek near Farr Road until the permanent bridge is built.

Planmac Engineering Inc. estimated a new bridge would cost about $233,000. The previous bridge was deemed unsafe for use.

“This is a difficult decision and one where council is going to have to determine if you wish to proceed in this manner,” said CAO Shannon Hunter at a Nov. 22 meeting of council.

Hunter said the engineers said some of the materials used to construct a “BandAid fix” bridge could cheapen the cost of the final build, but Planmac did not provide assurances.

“If some geotechnical work was completed, possibly some shallow concrete base that the temporary bridge girders rest on, it could be used to support the permanent bridge. The granular fill required would also be salvaged,” states a staff report.

Coun. Cam McKenzie said he realized the bridge’s importance to snowmobiling, but said the cost was too great for a temporary fix.

Deputy mayor Cec Ryall said he agreed with McKenzie. “I really think that it would be important for us to spend whatever it takes to put a thing across,” he said, referring to the final bridge. But he added that other current closures on the trail due to landowner complaints add complications to the trail’s long-term usability.

Mayor Dave Burton said he acknowledged the decision would “sting” in the community.

“It’s hard for me to spend that kind of money for what could be a short season as well,” he said.

Council voted to include the IB&O bridge and trail in a Highlands East trails master plan.

The township will also seek funding from user groups and grants as the plan is created.