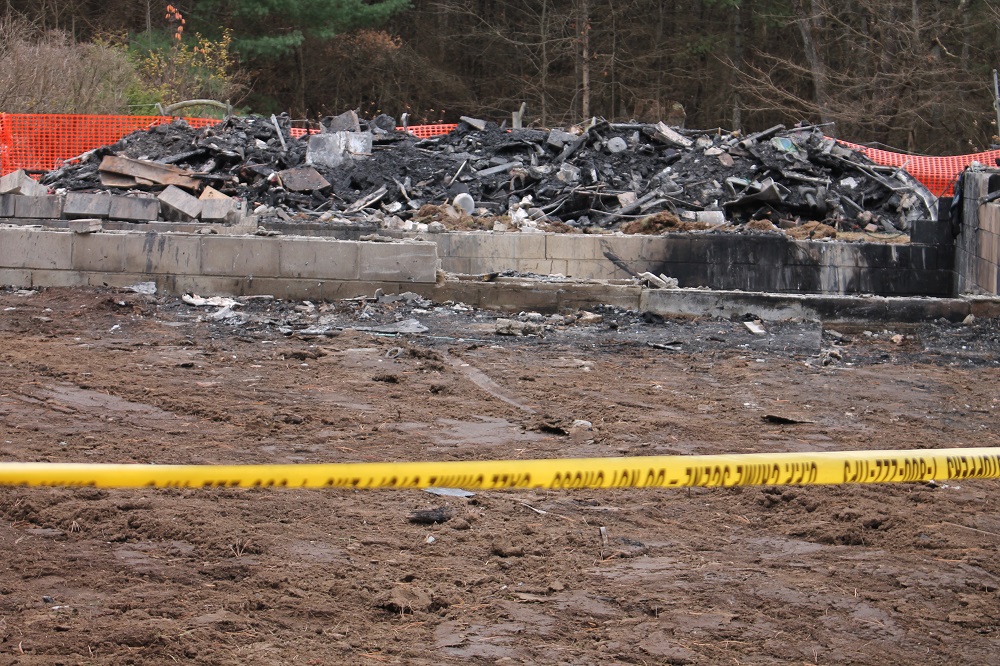 Haliburton Highlands OPP also said that they were still looking into the blaze that began just before midnight Nov. 4. The probe is in conjunction with OPP Forensic Identification Services, the Office of the Fire Marshall and the Office of the Chief Coroner for Ontario.

Duda, on Nov. 14, confirmed the structure fire was at 1322 Kashagawigamog Lake Rd. He said three people got out of the building okay. Two went to hospital with smoke inhalation but have since been released.

He added, “one person did fall deceased in the fire.” The victim’s name has not been released.

Duda said the Ontario Fire Marshal’s office was still working to determine the cause, a difficult task since the building was so far gone. “There’s not much evidence, we kind of know where the fire started, it’s just how.”

He noted the building had working smoke alarms, which alerted the occupants to the fire.

The Minden Hills fire chief said he was first on scene.

“It was a hot fire…flames were partially through the roof into the windows. By the time my fire apparatus got on scene, the flames had bypassed the living room and were entering the kitchen part of the building.”

He said Minden Hills had 12 firefighters on scene and Dysart et al came to help. He said they pumped water from the lake rather than a tanker shuttle.

“The firefighters did an amazing job. They worked really hard for the manpower that we had. I really wanted to thank them. Same with the police, ambulance and hydro who attended. They helped out immaculately.”

OPP added on Nov. 10 that emergency services responded just before midnight Nov. 4, including members of the Haliburton Highlands detachment of the OPP, Minden Hills and Dysart fire, and Haliburton EMS. OPP and the Coroner’s office did not have an update as of press time Nov. 16.