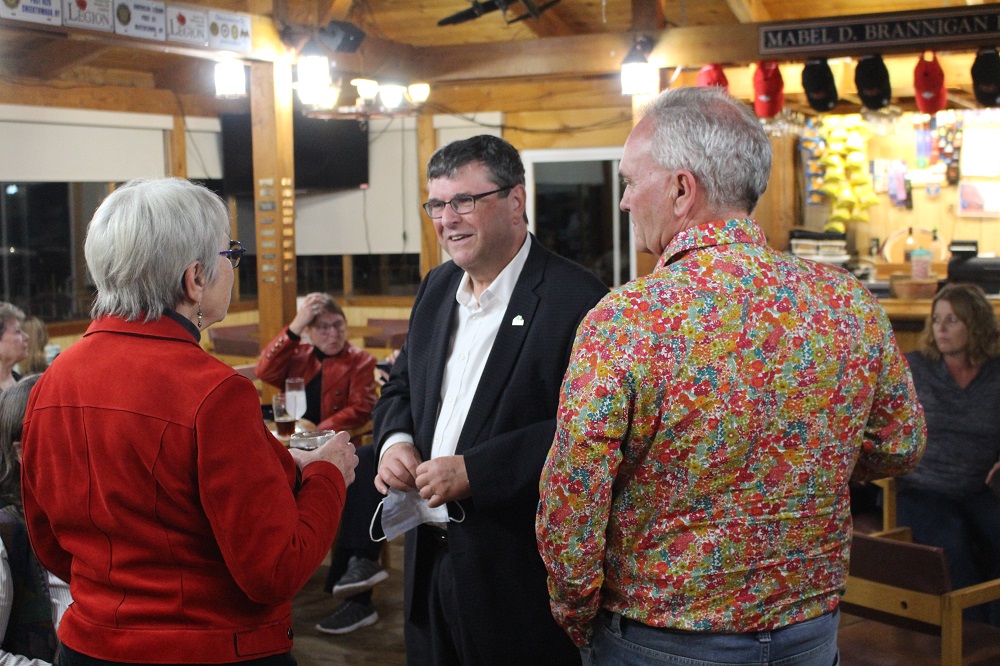 Minden Hills voted in a council mixed with municipal experience and fresh perspectives.

After more than two hours of anticipation, staff put the township’s unofficial election results up on a television screen in the S.G Nesbitt Memorial Arena lobby in front of a silent crowd of candidates and acclaimed members of council.

“This is always a very interesting time, you really don’t know how things are going to turn out,” said acclaimed mayor Bob Carter, who previously served as a ward 2 councillor.

“I think everybody campaigned very rigorously, and the people have spoken, so off we go.”

Unsuccessful candidates and those elected shared handshakes and congratulations before most travelled to the Minden Legion for a celebration.

Tammy McKelvey, newly-elected councillor at large, said she was “relieved” and “happy,” to have been chosen.

She said she has a long list of objectives she’s excited to tackle and wants to “work with council and do great things.” McKelvey worked in various roles in municipal government, most recently as treasurer for Algonquin Highlands in 2019. She received more votes, 1,843, than her opponent, Trevor Chaulk, who received 1,032.

Re-elected ward 2 councillor Pam Sayne said she can “rest her running shoes” after going up against Stephen Hertel, garnering 529 votes over Hertel’s 263.

It’s her third term in office. “There’s always learning, there are always issues. You really have to be ready and on for it,” she said.

She said the result tells her, “she should keep working hard.”

Ivan Ingram, elected with 1,238 votes in ward 1, said he was “pretty happy, and excited” with the results. “I can’t wait to get going.”

“I was very excited, a bit overwhelmed, but extremely humbled that the people of Minden Hills have put their faith in me,” Johannessen said in an email. “I am looking forward to being a part of the Minden Hills team. I am willing to listen and learn and be approachable to receive questions and if I don’t know the answer I will seek it out. I know I have a lot to learn but I am so willing. I am ready.”

The new council will be officially sworn in at a Nov. 24 meeting