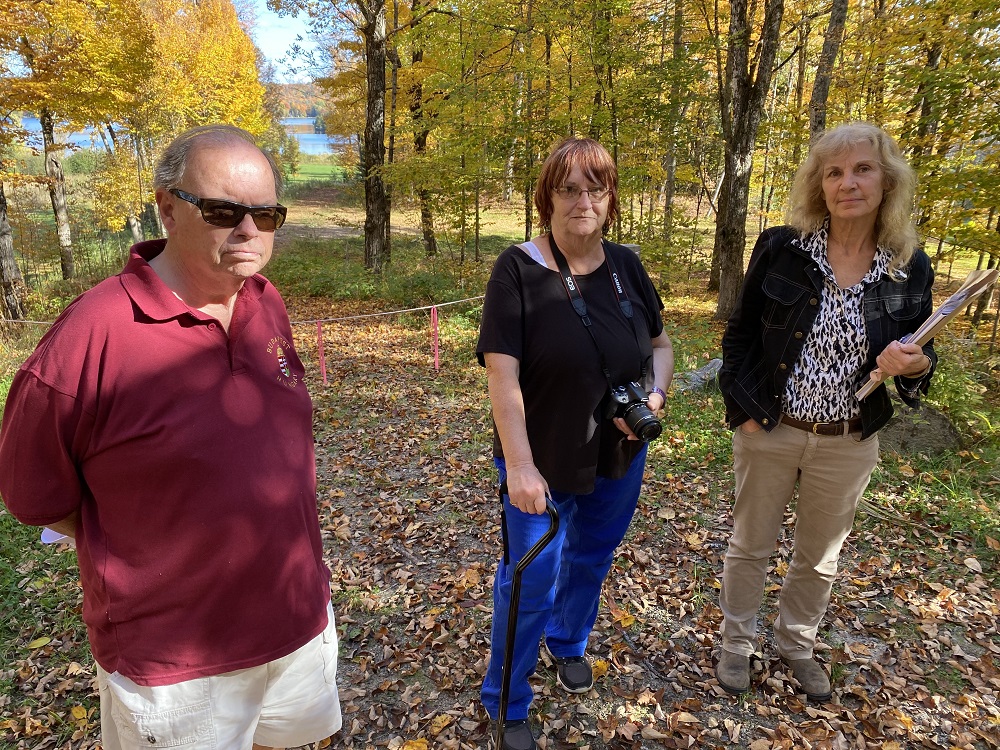 In one of its final moves before the end of the current term, Dysart et al council expressed support for a proposed 88-unit housing development near Grass Lake.

Brought forward by developer Paul Wilson and his company, Harburn Holdings, the project is the most significant residential development to cross council’s table this term. It would repurpose 2.5 hectares along Peninsula Road into four lots that would each house multi-storey apartment and condo buildings.

The proposal was discussed during a public meeting Sept. 29. There was a township presentation and residents for and against shared their thoughts. Harburn Holdings and a consultant representing the Friends of Grass Lake – a community group protesting the project – also spoke.

Dysart senior planner, Kris Orsan, said the development complied with the municipality’s official plan. Environmental impact, wetland site assessment and hydrogeological studies have been submitted by Harburn Holdings and peer-reviewed by Dysart. The application called for council to support rezoning from rural type one and environmental protection to suburban residential.

The project will now go to the County for approval before coming back to Dysart for a final sign off.

Wilson’s ‘way of giving back to Haliburton’

“There is a serious housing shortage in Haliburton. Eighty-eight new units would represent 38 per cent of the municipality’s target [for new housing developments] over the next number of years.”

Wilson will donate one of the lots to nonprofit Places for People, whose president, Jody Curry, told council they could create 15 affordable housing units.

Rather than develop himself, Wilson plans to sell to a builder. He said he’ll be selective, telling The Highlander “I want to make sure whoever buys the property is going to do this right”.

Marnie Saunders, a planner with Peterborough consulting firm D.M. Wills Associates, on behalf of the Friends of Grass Lake, identified several issues with the proposal.

“The delineation of an environmental protection zone we don’t feel is consistent with Dysart’s official plan policy,” Saunders said. “The applicant has stated the property is located on Grass Lake, which is at-capacity.”

The Friends feel the project will have a detrimental effect on water quality. They’re also concerned about impact to several native species with habitats in the area, including birds, ducks, fish, deer and the endangered Blanding’s turtle.

Usher said concessions had been made to ensure wetlands and any native species are unaffected. There will be a minimum 30 metre setback from the water, wetlands and a manmade pond. Wilson has dropped plans to install a dock on Grass Lake and has committed to planting more than 200 trees.

Leora Berman, COO of The Land Between and Turtle Guardians charities, was one of 23 registered speakers. She said the project could have a “catastrophic” impact on fish population.

“Lake Kashagawigamog and Grass Lake represent the largest walleye fishery in Haliburton. The Grass Lake wetland is noted as a significant spawning area for this impressive fishery. We need housing for the working poor, but the only choice presented is one that may result in the unintended deterioration of a significant resource,” Berman said.

Dr. Aimee Filion, owner of Haliburton Veterinary Services, is worried further development on Peninsula Road will negatively impact her well water. She claimed when crews were doing a hydrogeological study this year, testing saw water “coming out the tap with the consistency of mud” at her business. She said it happened for several days, but it cleared up once workers left.

“I respect people have a right to try and develop property, but I do not feel it should impact neighbours,” Filion said. “I service thousands of animals every year. I cannot do that without running water.”

Usher said he and Wilson are willing to meet with Filion to come up with a solution.

Don Ross, of the Friends of Grass Lake, suggested council had already made up its mind, accusing some members, including mayor Andrea Roberts, of having concocted a “backroom deal” to push the development through.

Roberts said she was “speechless” at the insinuation. “Nothing in planning is a done deal. There is no such thing as a backroom deal. Not here in Dysart, not ever. Not under my watch. This isn’t ‘us against them’. We’re not [a] council against the town. We all live here, we all care about our community and want the best thing [for it],” Roberts said.

Wilson said he had been subjected to “vicious” personal attacks over his plans. He said he has offered to sit down with the Friends to try to find common ground and compromise, but that hasn’t happened.

“I’ve been called greedy, but that’s so far from the truth. I like to think I’m a community-minded person. I’ve read all the stories in the paper about the problems our community is having with housing, the problem Places for People has been having. I thought this would be a great opportunity for me to contribute to my community. This isn’t about the money. This is my way of giving back to Haliburton.”

Adoption can be a ‘torturous process’ that brings the greatest gift...