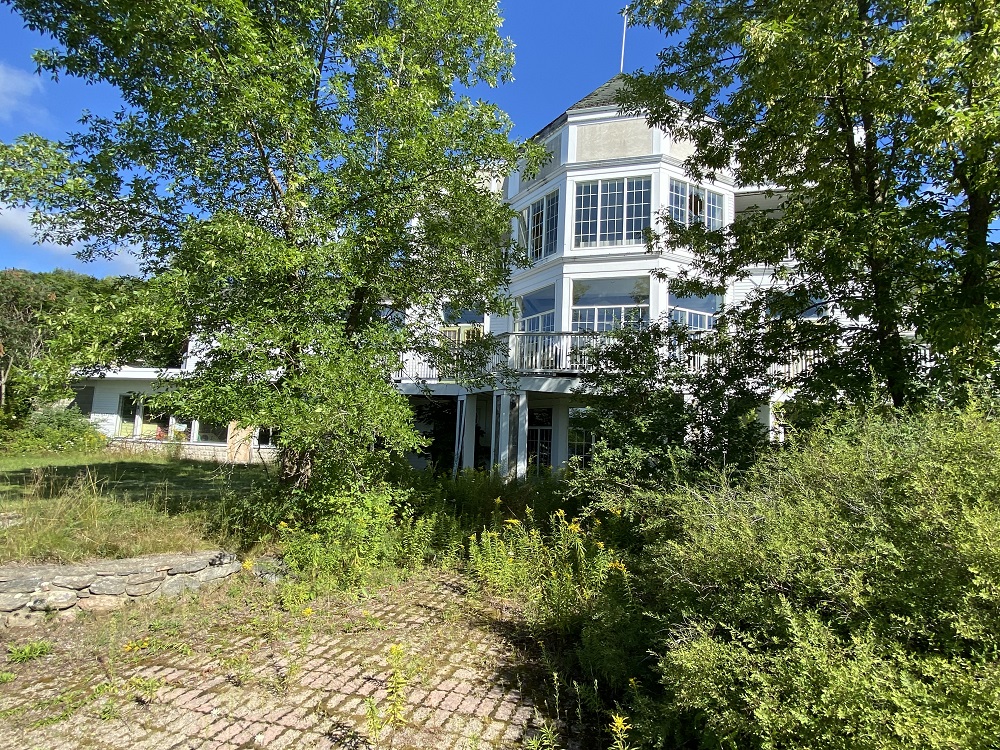 Dysart et al bylaw officials have been directed to seek cost estimates to bring the Wigamog Inn property up to municipal standards after owners Aurora Group failed to meet an Oct. 3 deadline to present a demolition plan to the township.

During a sign and property standards committee meeting Oct. 3, the township’s chief building official, Karl Korpela, said the Auroras have not followed through on their promise to provide work proposals for the site.

“The site needed to be brought up to compliance by Oct. 3. We haven’t seen a demolition plan. Although [Aurora Group] have submitted applications for demolition, they haven’t paid for the permits or given us timelines as to when they plan to demolish those buildings,” he said, noting several attempts had been made to contact Aurora ownership. “They’re not available, or part of this meeting today.”

Issues between the township and the Aurora Group stretch back years. Bylaw enforcement officer Rob Mascia said he has completed multiple inspections of the property since 2019. Following the most recent visit, in May, Mascia outlined 47 infractions of the township’s property standards bylaw, with issues varying from downed power lines to smashed windows, damaged doors and collapsed decks. Mascia said there were several fallen trees that needed to be removed, and the property should be cleaned up for brush and weeds.

After delivering his verdict of noncompliance to the Auroras, the group signalled their plans to demolish the 37 buildings that make up the Wigamog site. Ownership sought a 60-day extension to give them time to find a contractor and apply for a demolition permit. The committee approved that extension Aug. 4.

“The order is now confirmed… and binding. The due date is gone. We don’t have everything we needed, and we need to proceed further with this,” Korpela said. “The municipality may now cause the property to be repaired or demolished. We have the authority to proceed with demolition.”

While the township has yet to secure a quote, Korpela said an unnamed developer had informed him it would cost “well over $1 million” to demolish the Wigamog site.

Committee member Jerry Stokes asked if the Auroras would be able to come back and request another extension, delaying the project again.

“There’s no relief now. Once the order is confirmed, it’s confirmed. We will proceed with RFPs to bring this property into compliance. If that means demolition, that’s what we’re going to do,” Mascia replied. “They’ve had their chance. You as a committee gave them extra time. In my opinion, 60 days is a lot of time.”

Mayor Andrea Roberts noted the issue was also out of council’s hands.

“This isn’t going to become a political thing. Council cannot direct staff [how to do their jobs]. Karl is under statute; he has his own code of conduct… A new council can’t come in and say ‘just leave it as it is’. This is an unsafe property, and we will be moving forward,” she said.

The Auroras purchased the Wigamog property in 2015. They have previously outlined plans to revitalize the site and introduce a residential component, featuring more than 180 units. To date, Dysart has not received any applications for development.

Ravi Aurora, CEO of Aurora Group, did not respond by press time when asked for a comment.

No charges in dog welfare case