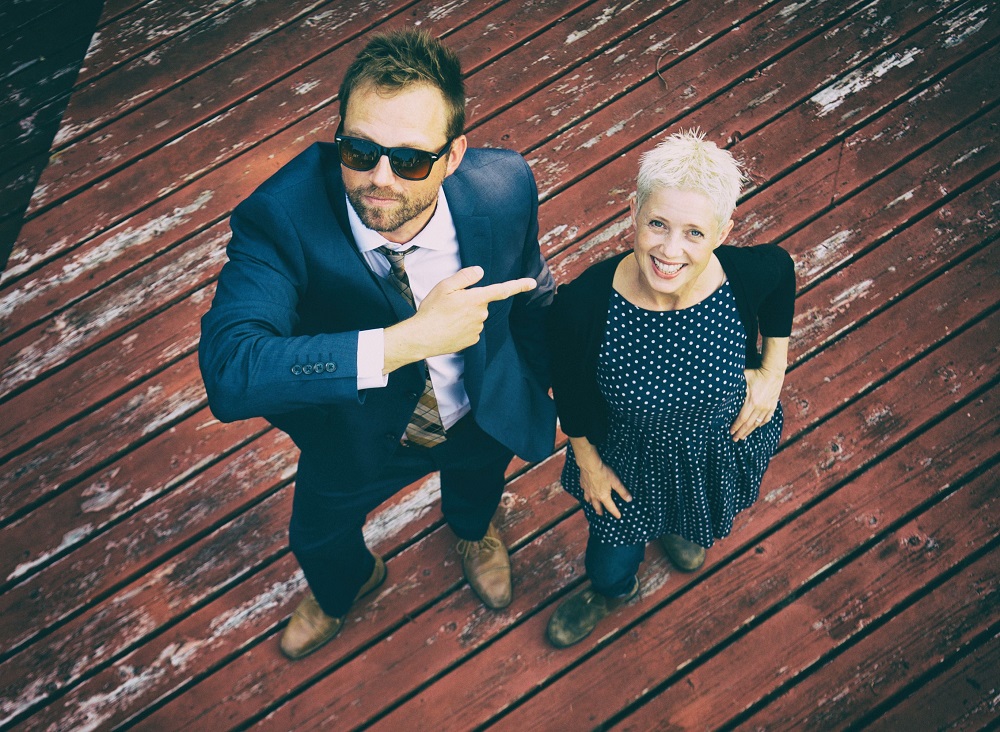 Otten handles the drums, keyboard and bass simultaneously while Austin plays guitar and taps beats with a drum. Not to mention they both sing at the same time.

“I was told once we’re like two one-man bands in one band,” said Austin.

Together they’re the Big Little Lions, a duo who first collaborated in 2014, winning a JUNO award, before going on to make six records filled to the brim with folk pop harmonies.

The show has been a long time coming.

The band was originally slated to play in 2020, but world events had other ideas.

“At first it was like background noise,” Otten said of COVID-19 during the weeks prior to shutdowns in March. “We didn’t know how it was going to be. We played right up until the shut down.”

While shows were cancelled, the Big Little Lions stayed busy: they wrote and released an album, Happy Accident, released by Fallen Tree Records.

It’s pandemic-era collaboration at its best: Otten in the U.S. and Austin in Canada writing from hundreds of kilometres apart.

But that was nothing new for them, “we found we couldn’t be productive in the same room in a writing capacity,” Austin said.

The album frames the band itself as that happy accident that gave rise to close friendships between Otten and his partner and Austin and hers, as well as the experiences and memories that come with being on the road and creating sound together. Both successful songwriters and composers separately, Big Little Lions seems to fit nicely into their creative journeys.

Austin describes it as “serendipity.” The pair have also become close friends, spending road trips lipsyncing to TV shows and goofing off.

Throughout the band’s history, they’ve been awarded the Canadian Folk Music Associations’ ensemble of the year, won the John Lennon songwriting competition and were awarded the Independent Music Awards’ Americana song of the year.

Big Little Lions will kick off their set at the Haliburton Legion Friday Oct. 7 at 7:30. Tickets are $25 or $20 for Haliburton County Folk Society members and students or $30 at the door.