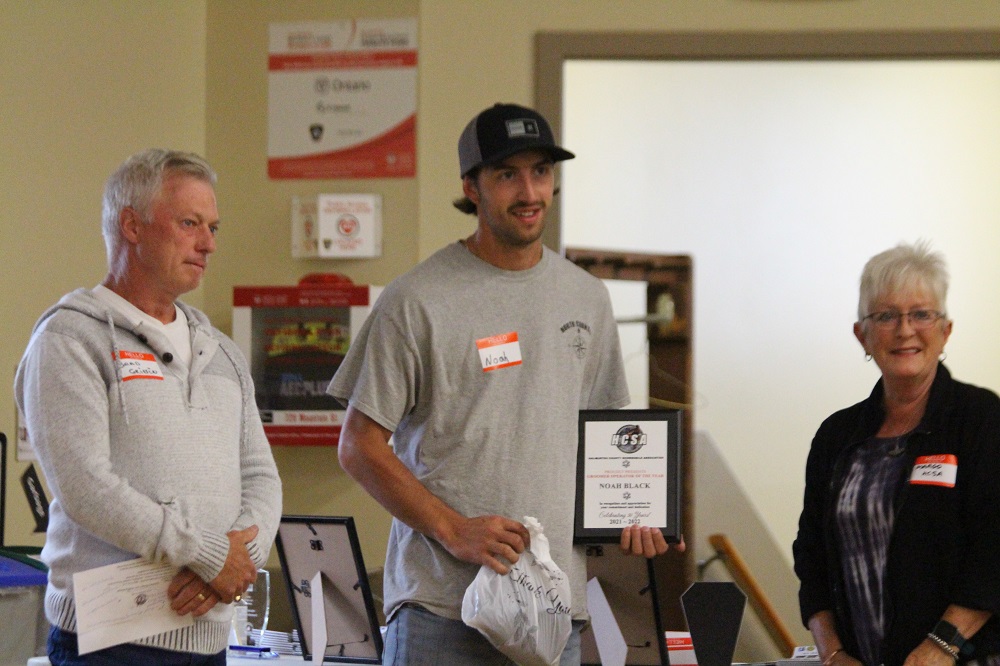 The Haliburton County Snowmobile Association (HCSA) recapped its season and honoured those who made it possible at its Sept. 17 annual general meeting at the A.J. LaRue arena.

“We’re powered by volunteers and I talk about that a lot. No volunteers, no trails,” said association president John Enright after the meeting.

“That’s the main message: be a volunteer and you’ll help contribute to Haliburton’s winter economy.”

“Sometimes he’ll be out there for hours and hours, he doesn’t quit,” Enright said.

Brad Griffin was awarded the volunteer of the year plaque for his work as co-grooming operations coordinator and his commitment to helping clean up and maintain the association’s property.

The association battled tough snow conditions during the 2021/2022 season with inconsistent temperatures and snowfall.

It was named the Ontario Federation of Snowmobile Club’s (OFSC) club of the year, and secured a new groomer.

A trail linking Haliburton and Muskoka’s snowmobile networks could be restored this winter.

For the past three years, a multi-use trail linking the Muskoka region to Haliburton has been closed due to a washout. Enright said the trail’s re-opening will be big for local business. “We have two huge adjoining areas that have been severed for three and a half years without a proper connection,” he said.

The Bancroft and Minden forestry corporation, the OFSC, Haliburton ATV association, the Ontario Four-wheel Drive Club, and the HCSA have partnered to repair the trail. Fixing the washout, which Enright estimates is 160 feet long and 12 feet deep, will cost about $180,000.

Enright told the AGM that the trail’s re-opening will be “nothing short of amazing…this is the biggest trail opening in five years.”

Davidson runs for ‘rights and freedoms’