Home Municipal Election 2022 Election Issues 2022 OPINION: What are we doing about housing? 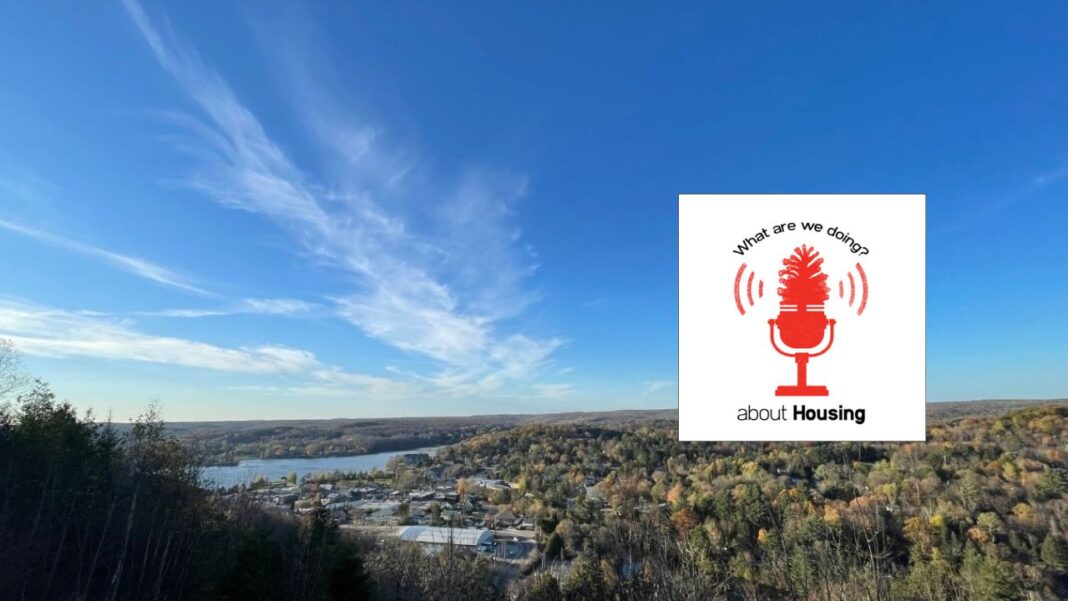 It’s no secret we have a housing problem in the Highlands, both in terms of availability and affordability. While a recent surge in inflation has exacerbated the issue, this is something low-income families have been dealing with for many years.

Over the past several weeks, Highlander staff have been digging into some of the biggest hot-button topics heading into October’s municipal election. While our focus shifted from poverty to health care, transportation to the labour force, there appeared to be one key theme bubbling under the surface feeding into the others.

Haliburton County has experienced tremendous growth since the turn of the millennium, with our population increasing by 25 per cent since 2001. But housing development has not kept up. As a result, house prices have spiked – more than doubling over the past 10 years – leaving many in the County fearing for their futures.

Gord Polhamus and Diane LePage moved to the Highlands in 2007. Both working professionals, they wanted to lay down roots in the community. They dreamed of, one day, owning a home of their own. Fast forward 15 years and the couple, along with their three young children, are preparing to leave Haliburton County for good.

They feel they’re being forced out due to “crazy” rental rates. When they moved into their current four-bedroom house on Mountain Street in 2011, their rent was less than $1,000 a month. They have been given until April to find new accommodation, with their landlord looking to sell. After making some enquiries, they found that a similar place would cost them between $2,500 and $3,000.

“How do people afford that?” Polhamus asked.

Michelle Corley is a housing manager in the human services department of the City of Kawartha Lakes. She helps in the operation of the Kawartha Lakes Haliburton Housing Corporation. The organization provides supports to low-income families and the homeless. Demand has skyrocketed in recent years, with Corley estimating around 2,300 households are on a waitlist for subsidized housing. She indicated the average wait time to receive assistance is 10 to 14 years.

This all comes back to a lack of inventory. Corley said the housing corporation developed a 10-year plan with the County in 2019 to build 750 new homes in the Highlands by 2029. Three years in and we haven’t seen a single new unit.

In his 2021 report Baby Needs a New Home, Canadian economist Mike Moffatt said, to keep up with current demand, there would need to be 1,200 new homes in Haliburton County in the next decade.

Liz Danielsen, in her capacity as County warden, said the regional municipality is trying to bolster the local housing stock. While acknowledging a lack of action at the County table had contributed to the issues we’re seeing today, Danielsen said they are investing $500,000 annually into a fund to bring more affordable units.

That’s a start, but given how far behind the eight-ball we appear to be, is it enough? People are struggling. Services designed to provide emergency assistance cannot keep up.

We need to be better. This isn’t a problem unique to Haliburton County, so we should look at what other communities are doing. Maybe tiny homes, a new feature in communities across the GTA, is the answer? Perhaps businesses should look to invest in residential properties so they can house desperately-needed workers, as is done in Banff.

The solutions are out there. More onus should be put on our elected leaders following this election to find them.

What are we doing about transportation?

OPINION: What are we doing about poverty?