With just over six weeks to County municipal elections, we wanted to let readers know our plans for coverage this time around.

As readers already know, there have been a number of acclamations.

Murray Fearrey is back as mayor in Dysart et al. Walt McKechnie will return but now as deputy mayor. Tammy Donaldson retains her ward three seat and Barry Boice is the new councillor for ward five.

Naturally, then, we will focus on covering the races for ward one, in which there are four candidates, ward two, with three vying for the seat, and ward four, which also has four contenders.

In Minden Hills, we again know the mayor-deputy mayor tandem of Bob Carter and Lisa Schell have been acclaimed. Bob Sisson also got a free pass in ward three.

So, we will look to have in-depth discussions with candidates for councillor at large, ward one and ward two.

There will be mayoral races in Algonquin Highlands and Highlands East.

In a rematch from 2018, incumbent Dave Burton will be squaring off against Cheryl Ellis. We plan to provide readers with some perspective when we meet up with these two candidates. There is also a race in ward two we will place a spotlight on.

And, finally, we will chat with Algonquin Highlands mayoral wannabe Liz Danielsen and her competitor Mike Lang. Ward two is also shaping up to be interesting with four candidates.

We will be interviewing each of the candidates to get a feel for where they stand on some big-ticket items that we have been reporting on in our podcast, What are we doing?

That means we will ask them about our lack of affordable housing, poverty, amalgamation, health care, the recently passed shoreline preservation bylaw and the soon-to-be adopted short-term rental plan.

We will also glean what sets these candidates apart and if they are qualified for office. We’d like to find out their visions for the future, not just for their townships but the entire County.

Our newspaper coverage will go hand-in-hand with our podcast, offering two venues for people to learn about this election’s candidates, the challenges they face, the solutions they plan to bring to the table.

Gone are the days when candidates are offered free space in the newspaper to write what they want to write. It’s time to up the game. They want a job to represent taxpayers. It’s our duty to treat them as job candidates. Do they have the right stuff to represent their townships and the County?

In the meantime, we encourage any community groups who are looking to set up in-person or online candidate debates to let us know about them. If your organization is sending out questionnaires, we’d also like to know. As a community, we can work together to ensure voters know everything they need to know to make the best choices come Oct. 24.

And, most importantly, we encourage everyone to ensure they are on the voter’s list for their municipalities. With so much online voting [only Minden Hills has a paper ballot option this time around] there is no excuse for not casting your ballot.

Pot process not without flaws 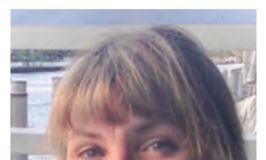