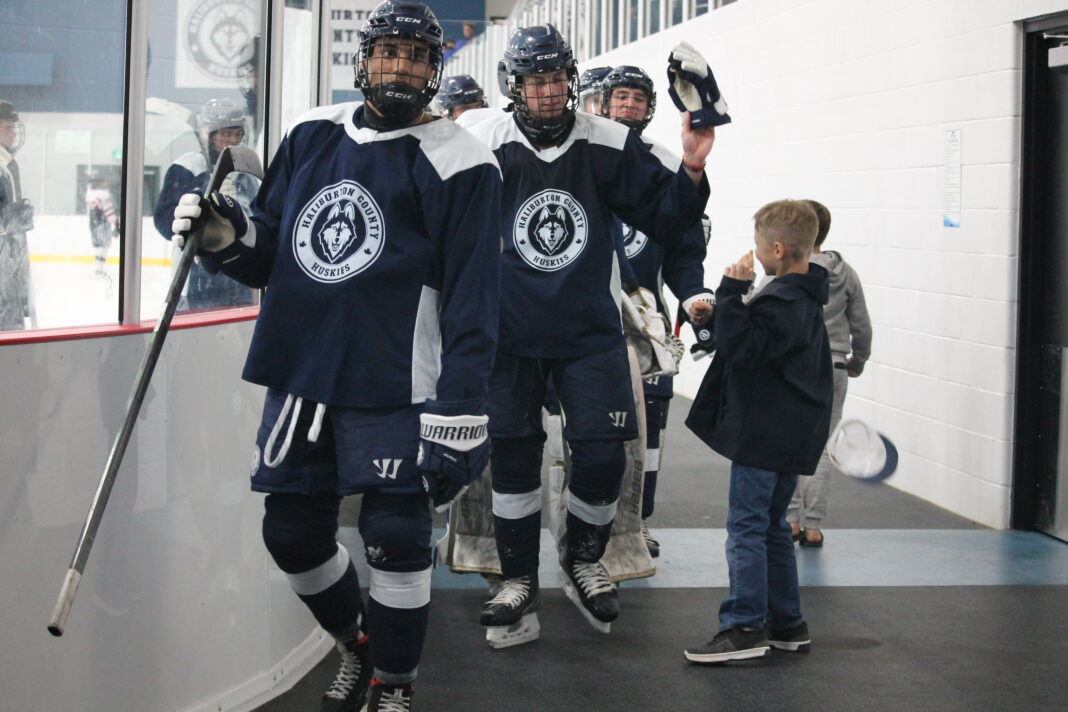 With the intensity of a playoff game, the Haliburton County Huskies ousted 2021-22 league champs, the Pickering Panthers, 4-1 in an exhibition tilt at home Sept. 4.

They also mauled the Panthers 3-0 Sept. 2, preparing the team for its regular season home opener, Sept. 10.

Head coach and general manager Ryan Ramsay said with players fighting for a spot on both teams, he wasn’t surprised at the level of play.

“We have too many D (defencemen) and too many forwards. Every night you have guys sitting out so, if guys are in the lineup, they’re trying to stay in the lineup so it’s a good, competitive atmosphere. It just challenges the players to be better,” he said.

On Sunday, the Dogs opened the scoring when Christian Stevens fired one home at 6:37 of the first period, assisted by Alex Cunningham and Patrick Saini.

The Huskies were the first on the board in the second as Saini put in an early one, at 3:12, from Myles Perry.

The Panthers answered back, with Ryan Johnstone potting one at 7:54 of the second, assisted by Mitchell Ferras. But the Dogs came out on fire in the third and took advantage of a steady Panthers’ parade to the penalty box to close this one out.

Christian Linton was solid between the pipes, turning away 19 of 20 shots. On Friday night, Linton picked up the shutout.

After a scoreless first, Stevens got the home side on the board at 12:57 of the second, with an assist from Saini. Perry was next up at 13:44, assisted by Lucas Stevenson and Nicholas Dowling. Nathan Duplessis padded the lead at 6:39 of the third, with Cunningham getting the helper.

Ramsay said although it was pre-season, and the Panthers are not the same team that hoisted the cup in the spring, “the way we played gives our team confidence … I think we played the right way, in the right style that I want to play.”

He said he did not feel the same way in the Stouffville back-to-back. This weekend, “the guys responded well and they were really working hard.”

The coach prefers intensity, hard work, and competitiveness every night, not taking games or shifts off. However, Ramsay conceded they have 11 new players this year.

He noted skaters are getting used to a different system, teammates, and some are away from home for the first time. It’s been a busy couple of weeks. “Once they get comfortable on and off the ice, that helps as well.”

The general manager doesn’t think he’ll shuffle the playing deck as much as he did in the fall of 2021.

“We’re a better opening day roster team than we were last year.” He said he liked the way they played in the Cobourg playoff series in the spring and, “I’m confident. I like our style. I think the guys have really come together in the last couple of weeks and worked hard so I like it. I think we have a really good team this year.”

Puck drop Sept. 10 against the Cobourg Cougars is 4 p.m. at the S.G. Nesbitt Memorial Arena.