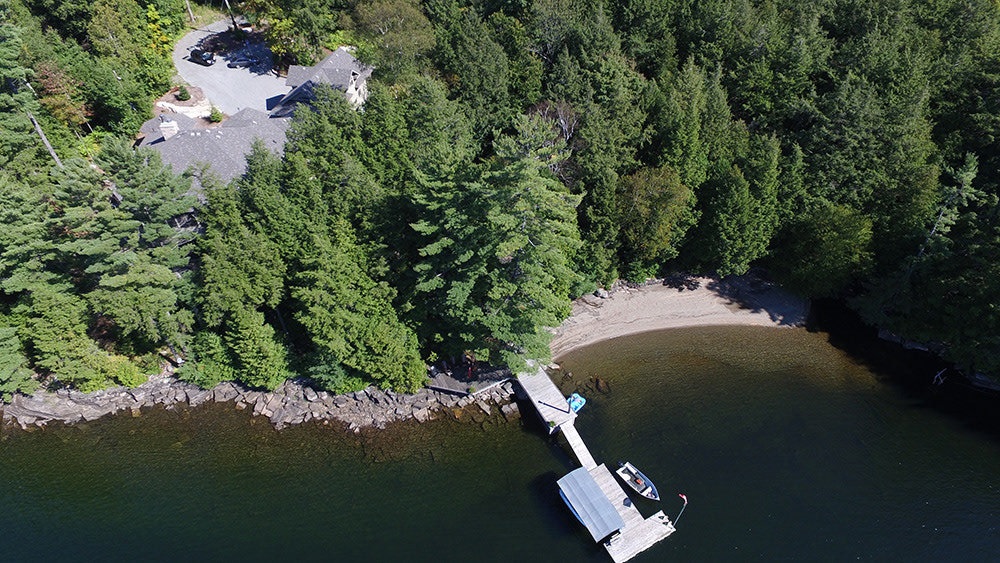 The final shoreline preservation bylaw, voted into law at County Council’s Aug. 24 meeting, enforces permitting processes and restricts certain activities within 20 metres of a shoreline. “There has been a lot of work, a lot of pressure, a lot of angst put on all of us,” Warden Liz Danielsen said, after the bylaw passed.

Roberts said she has heard an “overwhelming” amount of concern. “I am in favour of pressing the pause button,” she said, adding she supports the bylaw but was worried that since so many council members will not be returning to office following October’s municipal election that the bylaw could be overturned.

Danielsen said “I believe it’s our responsibility to make a decision one way or another.” She said if council did not pass the bylaw, it would be inefficient for staff to work on the file if they do not know if it will be passed.

Moffatt agreed. Any decision a council makes can be reversed by incoming council members, she said. “I’ve worked so hard on this over the past number of years I’d like to see this completed.” She compared the issue to the short-term rental conversation, saying both issues require council to make a decision.

The County is set to hire an applications examiner and two compliance monitoring officials this fall, has committed to several education initiatives rolling out in the winter, and will review the bylaw on an “ongoing basis”, beginning with a staff analysis in the fall of 2023. The bylaw also came back before council with several points clarified.

A severability clause means if the bylaw is challenged in court, only the specific part of the bylaw in question could be erased. It wouldn’t mean the bylaw itself is void.

A number of exemptions have been included, such as construction activities conducted with a building permit, enlargement, use, maintenance of a septic system, minor landscaping, installation of a walkway, flowerbeds or retaining walls less than one metre in height, removal of trees measuring less than five centimetres diameter at breast height and even removal of up to 25 per cent of nature vegetation (including trees) on residential properties, 30 per cent on commercial properties and 50 per cent for marinas.

During director of planning Steve Stone’s presentation on the report, Moffatt asked if staff can process applications quickly, to not disrupt construction workflows.

“We’ve talked all along about the length of the season, we know contractors need to retain the ability to pivot quickly… sometimes if the weather is bad they can go on to the next job or move things around. With a maximum 30-day permit process, that could be a challenge to some folks,” she said.

Stone said usually, in most files, “we endeavour to have a response to people within 24 and 48 hours in regards to inquiries.” He said under the bylaw, he would hope to have permits processed within two weeks.

The analysis would happen in the first week, with follow-ups and permits issued during the second week.

Stone said education initiatives may include a new website specifically intended to provide information on shoreline preservation and naturalized shorelines.

It would also contain information equipping property owners with examples about where and when the bylaw could apply, Stone said. Roberts said some councillors in her municipality thought they would have a chance to weigh in on the “clean” draft before it is passed into law. Danielsen said since the bylaw has been in progress for years, “it is a responsibility of members of councils at lower tiers to keep track of what we’re doing.”

She said she was hesitant to go back to having the document discussed by lower-tier municipalities once more.

He said according to the solicitor’s review, passing the bylaw does not jeopardize the process of townships delegating authority. Devolin acknowledged the outstanding questions about the bylaw but added it can be a “living document” that can be changed and adapted.

Applications won’t be required for site alterations approved under a regular building permit. Stone said his intention is to educate property owners about what they can do without a permit. “Getting the project underway without need for a permit, that’s always going to be the first goal of staff,” Stone said.