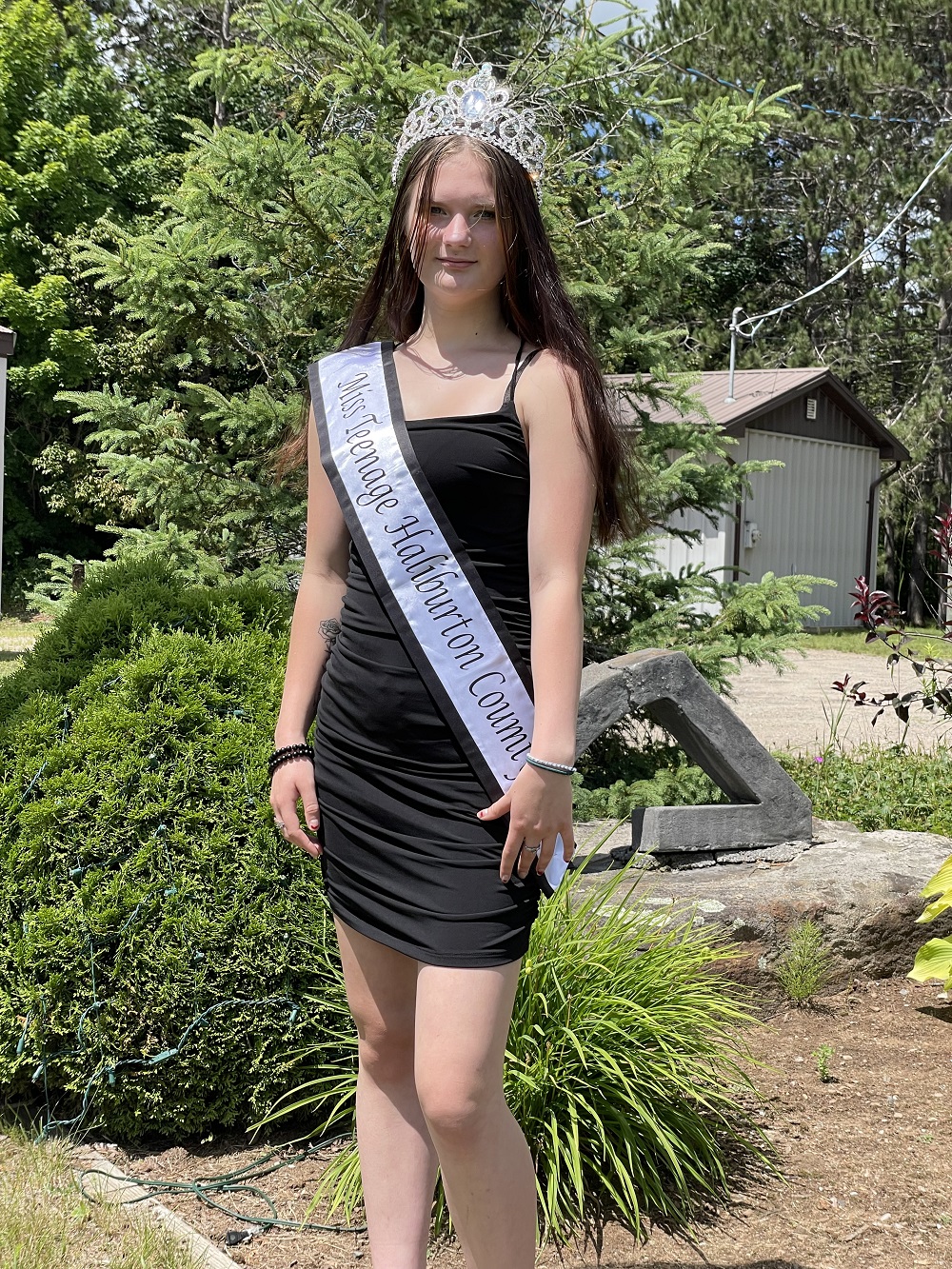 A Haliburton County teenager is vying for the Miss Teenage Canada crown.

Seventeen-year-old Jocelyn Winter will spend a week in Toronto in August with 60 other Miss Teenage Canada pageant finalists from across the country showcasing their skills, personality and fashion sense.

Winter was named Miss Teenage Haliburton County in a regional pageant in June in Markham, securing her spot at the Aug 15-20 final.

It was her first experience participating in a pageant.

“I was just wanting to try something new and get out of my comfort zone,” she said.

“At first I was nervous, but then I got on the stage and I had a lot of fun.”

At Miss Teenage Canada regional and national events, contestants are judged on personal interviews, how they style clothes such as an evening gown or swimwear, their charity contributions, skill in public speaking and photogenic appeal.

Winter spoke to the judges and audience about bullying in the June event’s “platform” section. She experienced bullying in high school.

“I did a brief explanation about how I didn’t want any more children to go through bullying throughout their middle school or high school life.”

She said she was surprised to find out she had won in the region.

“I was almost in tears,” she said.

Winter’s mom, Michele Winter, said she was equally surprised her daughter decided to compete in the contest, but proud of her hard work.

“For her to get up and speak in front of everyone and tell them who she was and what she was for, it was something we didn’t think she could do,” she said.

Since another contestant will be speaking on bullying at Miss Teenage Canada, Winter said she’ll be brainstorming a new topic.

“I’m probably going to have to put my thinking cap on,” she said.

She’ll have a chance to hang out with other girls across Canada all week, where judges will be observing how contestants carry themselves during multiple events.

She’s also ranked by how much she raises for the Make a Wish Foundation, which funds experiences for children with critical illnesses.

The final showcase will have friends and family in attendance when the previous year’s winner will crown Miss Teenage Canada for 2022.

Winter said she encourages teens who may want to enter a pageant to try it.

“By the end of the pageant you will have so much more confidence in yourself and feel brave enough to get up on stage in front of people, speak or do any presentation,” she said.

Winter said the pageant competitions have taught her a lot about accomplishing goals.

“I’ve learned if I work hard enough, I can actually achieve it”

Jocelyn’s Make a Wish fundraiser can be found here: https://makeawishca.donordrive.com/participant/MissTeenageHaliburtonCounty2022

A decade of smiles at Volunteer Dental Outreach