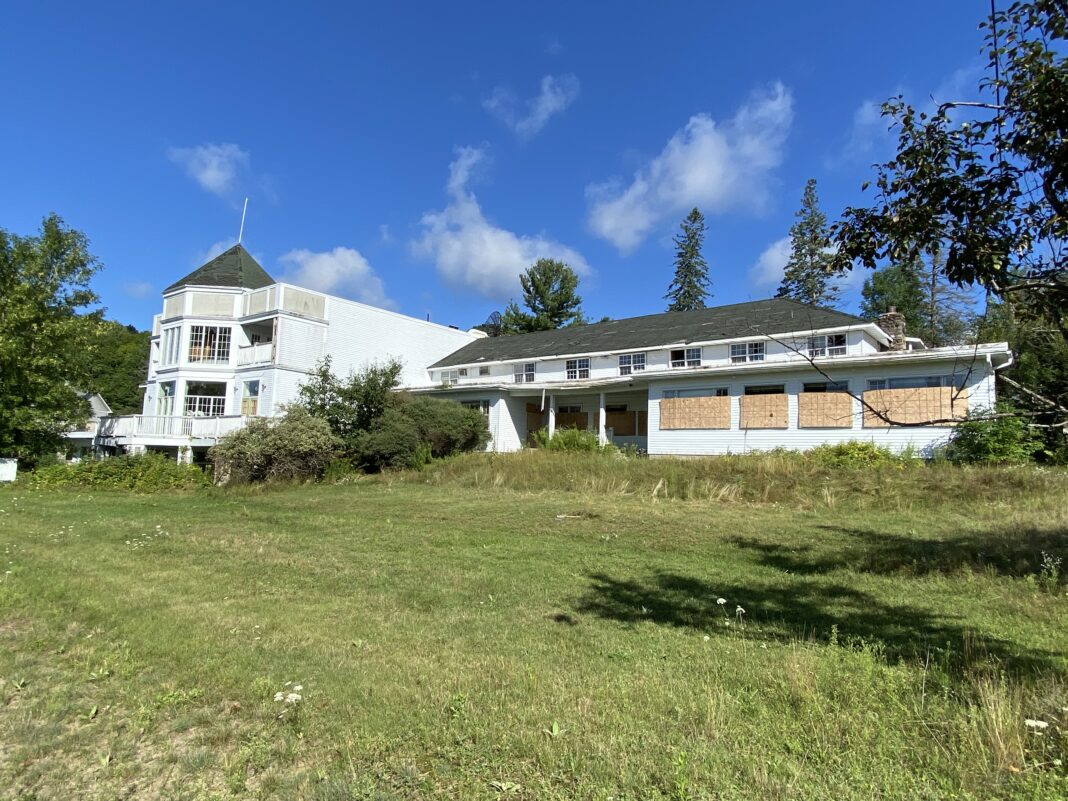 The Wigamog Inn resort is to be torn down after owner Aurora Group last week informed members of a Dysart et al sign and property standards committee they felt the facility was in a state of disrepair.

Akash Aurora attended a Zoom meeting Aug. 4, which was called to hear an appeal after the township’s bylaw department issued a property standards order to Aurora Group to clean up the property.

Enforcement officer Rob Mascia said he and another staffer visited the property in May after receiving complaints from the public about its condition. Mascia said this was the latest in a long line of inspections dating back to 2019.

During that visit, Mascia listed 47 infractions of the township’s property standards bylaw, with issues varying from downed power lines to smashed windows, damaged doors and collapsed decks. Mascia said there were several fallen trees that needed to be removed, and the property needed to be cleaned up for brush and weeds.

He issued a letter to Aurora Group outlining the scope of work June 8, but it was returned as the mailing address on file was incorrect. Mascia then sent an emailed copy of the order to the owners July 4, indicating the deadline to comply was July 29.

In the event of non-compliance, the township could either take Aurora to court to force them to complete the work, or act to bring the property up to standards themselves and bill the owners. Aurora replied a few days later, requesting an extension.

Mascia responded the only way to secure an extension was to file an appeal with the sign and property standards committee. A notice of appeal was received on July 21.

Filipe Amaral, Aurora Group’s construction manager, told the committee that instead of continuing to work with the current buildings, which have been vandalized and deteriorated in the years since the company bought it in 2015, their preference was to demolish all buildings and “flatten” the land in preparation for new development.

Aurora Group has previously outlined plans to revitalize the site and introduce a residential component, featuring more than 180 units. To date, Dysart has not received any applications for development. When approached for comment by The Highlander about the status of those plans, Aurora Group CEO Ravi Aurora said “thank you for your email.

Unfortunately, I am tied up this week but can definitely set up a call another time – perhaps with a little more notice.” Amaral said it would take approximately 30 days to secure estimates and work out a timeline for demolition.

The committee agreed to extend the work order by 60 days to give the company time to find a contractor and apply for a demolition permit. If by Oct. 3 the work hasn’t been completed and a demolition plan not provided, staff will be directed to take action.

Mayor Andrea Roberts said “there’s a sadness” surrounding the proposed demolition, but that it was the only option for the site that had been undeveloped for years. “I’m disappointed because it should have never come to this,” Roberts said. “I met with the owners four years ago to discuss their plans, and while I know big projects like this can take time… I was disappointed with their lack of motivation.” She said neighbours along Wigamog Road and waterfront properties lining Lake Kashagawigamog have had to put up with this “eyesore” for too long, and hoped that the Aurora Group would now follow through with its plans.

Keith Robertson lives just down the road from the property, which his family owned for over 50 years.

He said it was tough seeing “the Wig” in the condition it’s in today. Despite hearing the Auroras’ plans to demolish the site, Robertson remains skeptical. “I don’t believe that will happen,” Robertson said. “I call it the Titanic now… It’s a teardown, for sure. But I just wish they’d do it. “I hate to see the lodge go, but I hate even more to see it the way it is right now… The way I see it, the days of lodges are over,” he added.

Scott: PCs to ‘get it done’ for Highlands