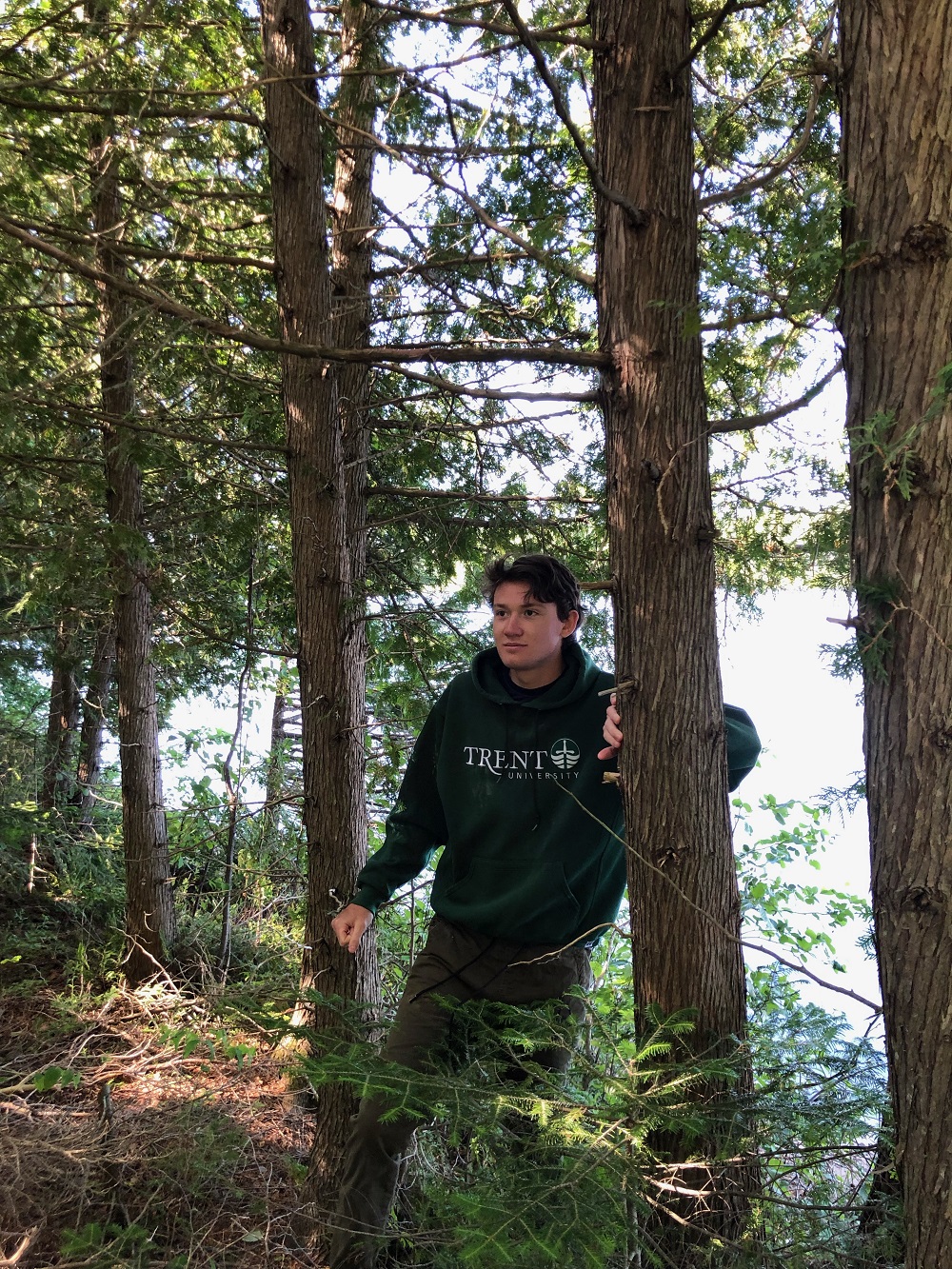 Have you seen a furry seven-foot-tall primate wading through your lake? Heard any suspicious hoots in the forest?

A group of students from Trent University want to know.

The Sasquatch Society is coming to Haliburton County to search for sasquatches, often known as Bigfoot, and they’re calling for Highlanders to share any sightings.

The society’s goal is to stimulate academic discussions about Bigfoot. They’re currently on a mission to collect accounts of sightings as they create a pilot television show episode about their discoveries. With more than 160 members, the student group has hosted speakers and conducted in-person searches.

“We don’t have a live specimen that’s been captured yet. Due to that, no one is fully sure what a sasquatch even is. The overall theory is that we’re dealing with an ape or primate species, a hominid species,” Willis said.

Many consider Bigfoot a myth. The creature seems to have been featured in Indigenous stories across North America for centuries. However, it was the discovery of massive footprints in 1958 that turned Bigfoot into a media spectacle. The footprints were found to be falsified.

In Haliburton County, the legend lives on. For example, an anonymous account on the website “Bigfoot Field Researchers Organization” recounted seeing large footprints outside their Hwy. 118 home. “We had a friend look at it, as well as my husband, who wears size 12, and his foot was dwarfed by this barefoot print. My friend was thinking of Bigfoot. I was thinking someone was goofing around,” the person wrote.

Another account on the “Sasquatch Chronicles” website tells a tale of two men finding a pit of bones and seeing two creatures “way too big” to be black bears barreling through the forest north of Haliburton.

There are even books such as Tales of the Haliburton Sasquatch, available on Amazon. According to its description, it tells the story of three friends who “go camping for a weekend in the Haliburton Highlands for a retreat of beer, silliness, and nature. What they got was the most terrifying, and unusual experience of their lives.”

Like many who claim to have seen the creature, the author appears to have used a pseudonym. Perhaps just like Bigfoot, those who claim to see the beast don’t prefer the spotlight.

But some Highlanders, such as Shawn Butchart, wear their appreciation of the cryptid on their sleeves.

“But then I started doing a bit of research and realized just how many alleged sightings there have been in Haliburton County and the surrounding areas… I think Bigfoot is very relevant to the local culture and contributes to the magical quality of life in Haliburton,” he said in a message.

Willis said many people don’t realize just how common sightings of Bigfoot are, or the amount of people interested in the subject.

His society books guest speakers such as Matt Moneymaker, who hosts the show Searching for Bigfoot.

Each time Willis and his colleagues head into the field, they visit places where people have purportedly seen glimpses of things that appear to be the creature.

“We have videos, pictures, so many people say they saw it,” he said.

“We take a stick and whack it against a tree and make a sound to get their attention, and draw sasquatches in,” Willis said.

Is it spooky to look for a seven-to-eight-foot-tall cryptid in the woods?

“I think it’s a good mix of excitement and some people being afraid,” Willis said. “It varies from person to person. We do get people who get a little spooked. It’s a little funny to see sometimes, but I get it.”

The Bigfoot hunters will compile sightings and tips before choosing where to voyage in the Highlands.

For more information or to contact the group visit sasquatchuniversity.com

Cyclist to ride Minden to Sarnia for Special Olympics