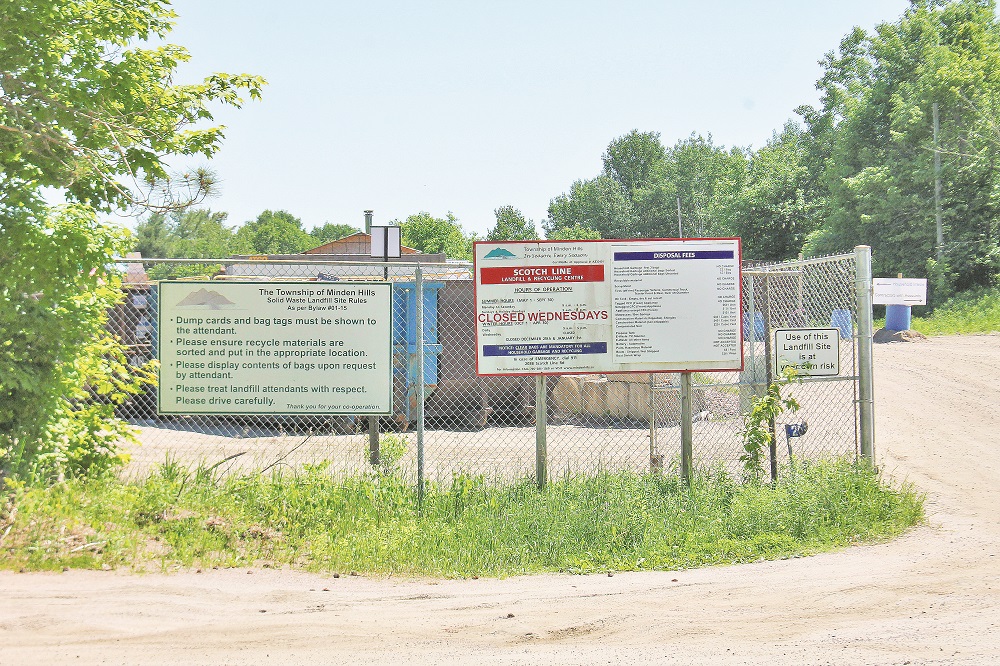 Construction at Minden Hills’ Scotch Line transfer station will be delayed until 2024 and could cost more than double what was budgeted.

At a July 28 meeting, council approved a preliminary agreement with WSP Global for a detailed design plan of the site set to cost just under $400,000.

According to manager of waste facilities, Nikki Payne, WSP, the only company to bid on the project, estimated it could cost $8 million to build, or $2 million to construct a “scaled down” version of the site, but did not submit an official price tag.

“Given the current construction cost uncertainty, not only in the design details but with regards to inflation rates, escalating and unpredictable changes to fuel costs, supply chain, and potential material delivery delays, we cannot commit to firm construction pricing in this submission,” WSP reported.

It only provided pricing for the design phase, which will determine construction costs.

Minden Hills budgeted $1.477 million for the project’s construction in its 2022 budget. After funding the design phase, there is $1,024,757 left to fund construction.

With plans not expected to be finalized until late 2022, it’s likely council will have to allocate additional money to finance construction in its 2023 budget, Payne said.

She added, “this would not commit the township to working with [WSP] on the construction of the facility.”

CAO Trisha McKibbin said the detailed plans are required due to waste management regulations and more accurate construction costs would be available once the plans were complete.

“We will get some solid numbers, come back and have a discussion with council so we’re prepared for 2023,” she said.

McKibbin added that difficulty finding companies to bid on municipal projects is a trend across Ontario and Canada.

“We are having challenges with a number of responses and the costs being submitted,” she said.

The final Scotch Line transfer station is set to include new retaining walls and bunkers to house bins, inbound and outbound scales, a new household hazardous waste building and a reuse building and equipment shed. Minden has been working to expand the site’s capacity.

It was found in non-compliance of provincial regulations in 2017, when regulators discovered hazardous waste storage methods and leachate seeps (contaminated water from landfills).

“The new facility will be essential in managing the growing population in the township, as well as the increasing traffic and demand on the Scotch Line landfill site,” according to a written report.

Minden Hills will spend $30,000 from its reserves to stop contaminated water from seeping from its closed Lochlin landfill site.

The township backfilled the site and excavated the affected area, but the leachate seep persisted.

The Ministry of Environment, Conservation and Parks is reviewing previously proposed recommendations for a fix, which will determine what methods staff pursue.

The township is also set to fund woodchipping efforts at the Ingoldsby and Iron Mine disposal sites.

The work has been awarded to National Grinding at $30,849.

While only $15,000 was allocated for brush chipping at the site in Minden Hills’ 2022 budget, councillors voted to fund the shortfall through reserves.

“Why put this off,” said Coun. Bob Carter. “You already have to defer a whole bunch of work into next year…I think we should get this done.”

He and other councillors said leaving brush unchipped could lead to increased fire risk.

Up to 40 cell towers coming to Highlands