Home Business Gelato on the rocks in Haliburton 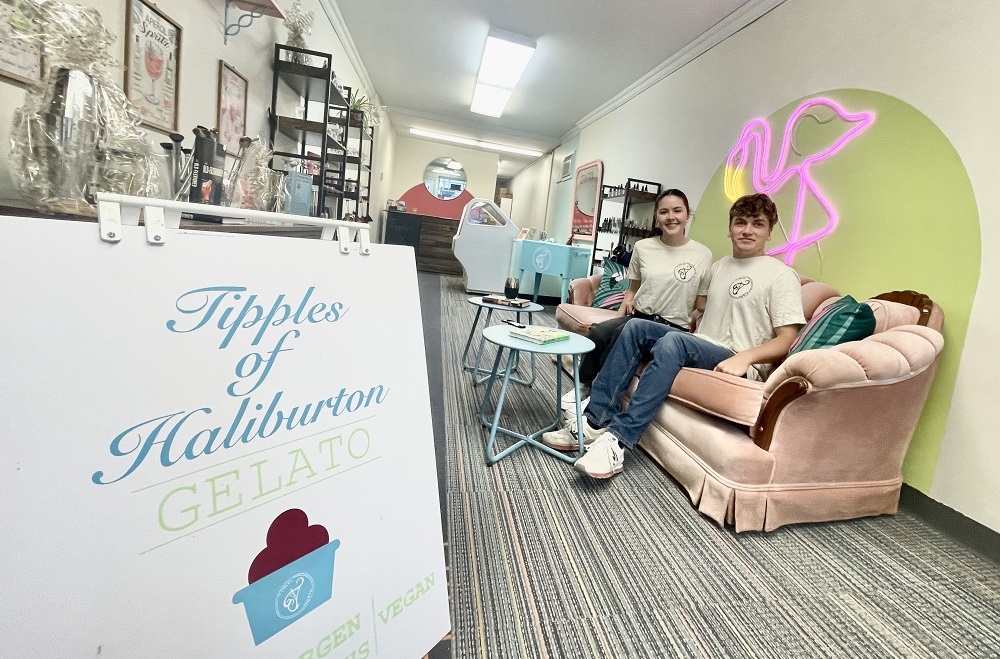 Walk inside Tipples North and you’ll find a fluorescent flamingo, frosty gelato and cocktail ingredients for any occasion.

Owners Jessica Hardie and Liam Maloney hope the Highland Street store can be a destination for mixed drink lovers, as well as anyone craving a cup of gelato, Italian-style ice cream.

They said the idea came about after chatting with family and other cottagers who said mixed drink ingredients and shakers and other accessories were hard to find in the Highlands.

“We weren’t sure how people were going to react,” said Maloney, chatting about the store’s opening day, which was in late May.

In tubs near the back, the shop has several flavours of a gluten-free, lactose-free, peanut-free and vegan versions of the cold snack. They have a portable gelato cooler, too, which they had a chance to try out at the Haliburton Home and Cottage Show. Flavours include French vanilla cherry swirl, classics such as mango and alcoholic gelatos such as mojito, espresso martini or pina coloda.

It’s not strong stuff, containing too little alcohol to be classified as an adult beverage.

However, they hope to acquire a liquor license this summer to start serving mixed drinks in the retro-inspired store.

“We want it to be a spot to hang out and have a good time,” Maloney said.

With a liquor license, they’ll likely be open to 9 p.m. “If people are here still at nine, we’ll stay open to 10. We’re pretty easygoing,” Maloney said.

As well, they hope to begin making gift baskets to order.

Since the pair are full-time university students, they’ll likely be hiring staff near the end of the summer.

Opening Tipples North meant “lots of allnighters,” Hardie said with a laugh. But it’s also been a long-time goal.

“Owning my own business is something I’ve always wanted to do,” she said. “This was a perfect chance to do that.”

Now that they’re up and running, they hope to add local products to their shelves too.