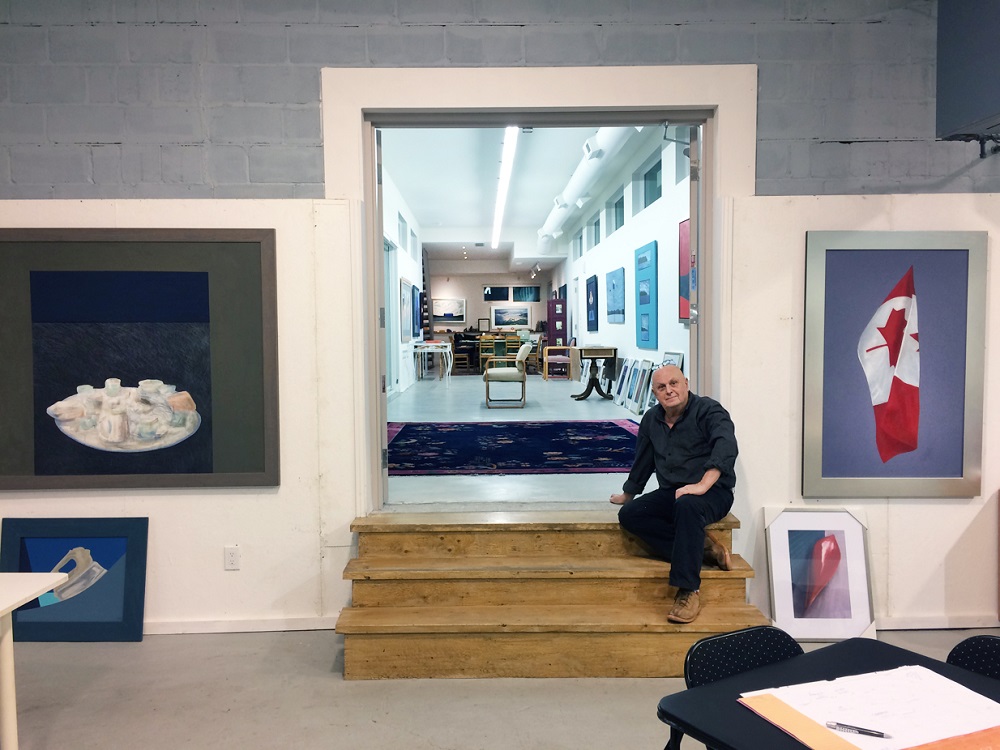 In the late 1950s, Margaret Atwood asked a young assistant arts and crafts leader at Camp Whitepine to pet a toad.

“To prove to kids I wouldn’t get warts. That’s how we became friends,” said artist Charles Pachter.

Since his days canoe-tripping, putting on plays and swimming around Hurricane Lake, Pachter, now 79, has emerged as one of Canada’s preeminent contemporary artists, and he and Atwood are still friends.

He’s soon returning to the Highlands for his first exhibit in the County, set to premiere at Haliburton’s Corner Gallery July 16.

Highlanders are well acquainted with his most famous muse: the moose.

“I did for the moose what Andy Warhol did for Marilyn Monroe,” said Pachter. “I made the moose glamorous.”

His most famous painting plopped Queen Elizabeth II on top of one.

Pachter met the Queen in 2015 and gifted her the image.

“She actually chuckled and said ‘how amusing,’” he recalls.

That wasn’t the end of the moose’s journey: across his collection of work spanning multiple decades, moose trot across tightropes above the CN tower, fall off cliffs, and explore arctic realms. His work is bold: silhouettes and blocky barns, flags, or softened portraits transposed on vibrant backgrounds.

Pachter said his perspective on Canada was shaped by his starring role in Johnny at the Fair, a 1947 short film showcasing the then-groundbreaking Canadian National Exhibition.

He shook hands with the prime minister, got pecked on the cheek by celebrities and was ferried around the sunny streets of Toronto in a convertible.

“I got the illusionary impression that Canada was glamorous,” he said.

He’s garnered acclaim for both depicting the country’s imagery and sharing his wistful love of the country’s quirkiness with the worldwide art scene.

Throughout his career, he’s been named an Officer of the Order of Canada, a member of the Order of Ontario, received the Queen’s Golden and Diamond Jubilee medals and been named to the Chevalier of France’s Order of Arts and Letters. Multiple paintings have sold for more than $30,000.

“When I’m in the mood, I paint: I never stop,” he said, talking about his creative process.

He kept creating throughout the pandemic too.

“For artists, self-isolation is normal. During the pandemic, it wasn’t such a big change for me. The studio is my sanctuary. It’s where I’m happiest. As long as I’m painting, I don’t get depressed,” he said.

He’ll be bringing paintings and prints to Haliburton, which, in a sense, will be a long-awaited return voyage.

“After nearly 60 years, I’m coming back to an area I was very fond of,” he said. The gallery is at 123 Maple Ave. See cornergallery.ca for more information