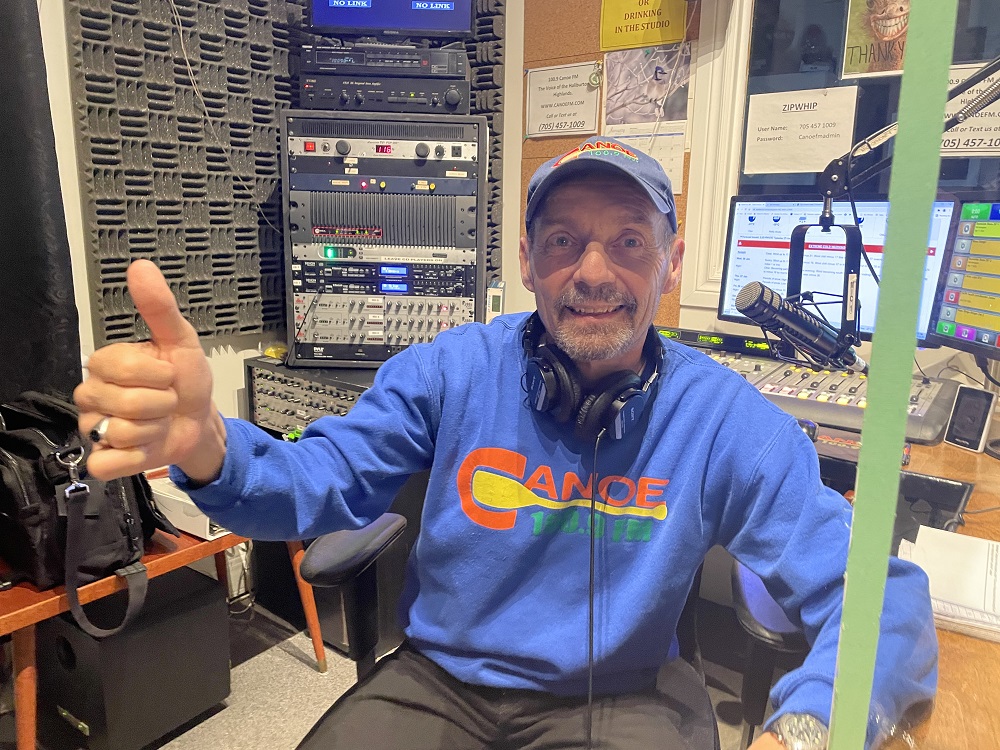 Flick on local radio and there’s a chance you’ve run into an on-air host at the grocery store or somewhere else in Haliburton County.

The Highlands’ community radio station, CanoeFM, has a long tradition of hyper-local radio programming. Now, it has a few more awards to add to its shelves.

Rita and John Jackson were recognized for “Excellence in Community Engagement” for their Radio Playhouse program, airing twice a month.

“These awards recognize how our station has helped our community in the past year and recognizes the effort that goes into making extraordinary programming,” said station manager Roxanne Casey.

“Thanks so very much to Patrick, Rita and John for winning these awards for excellence in programming … thanks for all your hard work and preparation. You have made us all very proud.”

“It allowed a different kind of connection between the individuals that were trapped in their homes, it gave them a new dimension,” he said.

“This has certainly been an outlet for some local playwrights that they’d never have otherwise,” Rita said. “It’s really touching a number of lives.”

She said they were “blown away” by the national campus radio award. “To have this honour, that it now is nationally recognized, it’s unbelievable.”

Monaghan said he’s “thrilled and honoured” to be recognized for his show, which is listened to in multiple countries.

“It means somebody is listening, that’s the first thing that comes to mind,” Monaghan said.

“Big thank you to everybody at CanoeFM.”

He thanked Casey and the station’s production manager Ron Murphy, as well as the dozens of volunteers who help produce its shows.

“The volunteers there, make such a big difference. Volunteers run so many good quality functions in this country.”

He said he hopes listeners “enjoy the show and they get some education out of it. I’m trying to educate the audience about the blues … and how blues is at the core of so many other genres of music.”