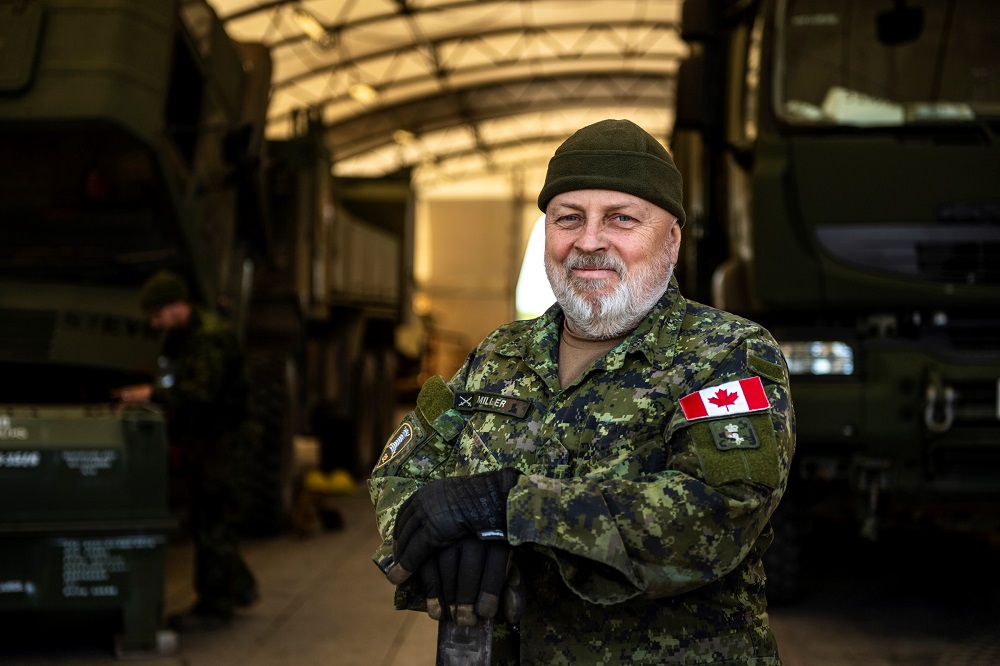 Gooderham’s Peter Miller has just returned from Wainwright, Alberta where he worked as a vehicle technician during a Canadian Army training exercise.

A master corporal, the 57-year-old took part in Exercise Maple Resolve from May 10-22.

Miller said his shift started at 8 a.m. every day and he repaired vehicles used by the army to train soldiers.

“For the most part, when it was busy, it was a 12-hour-long day,” he said. “We removed engines and major components, anything that takes longer than two hours to repair.”

As a reservist with 32 Service Battalion in Toronto, Miller said he is still learning new things every day, despite his 30 years of experience as a civilian mechanic, and his 22-year career in the military.

“There are many things here that we don’t see as civilians, like armoured vehicles, so there’s still a lot for me to learn,” he said. “But you can bring your skills and knowledge here from civilian life. It’s a great experience.”

Exercise Maple Resolve is the Canadian Army’s largest and most complex exercise. It tests the skills of army leaders and soldiers through a force-on-force exercise. It’s planned and coordinated by the Canadian Manoeuvre Training Centre in Wainwright.

This year, the majority of participating soldiers were from 2 Canadian Mechanized Brigade Group based in Petawawa. About 2,800 soldiers, including participants from the United States and the United Kingdom, took part.