Home General News Gardens of Haliburton all set to grow 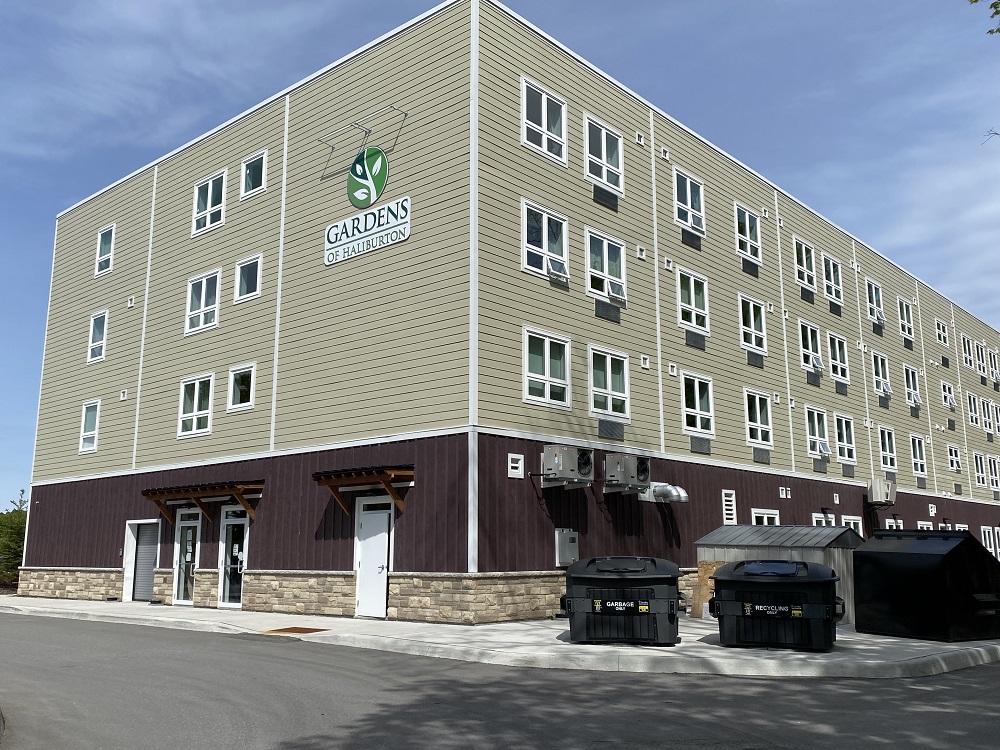 One of the owners of the Gardens of Haliburton retirement residence has said “we’re going to have [our second phase] built in a year” after the project was given the green light by Dysart council on May 24.

Bill Mardinae, who owns the facility alongside his brother Phil, said he was excited to move ahead with phase two, which will include the construction of a new four-story building containing 34 units.

The new structure will be located immediately beside the existing building, which was completed in 2021.

“Phase one was for 66 suites and they have all been leased, so we’re proposing to add another 34 suites to bring the total count to 100,” Mardinae told council.

“We’re not putting in any new services, no new roads… We’re going to have this built in a year.”

Specific timelines relating to a possible start and end date were not provided. Town planner Kris Orsan said the application, which required approval of an amendment to a previous site plan, met municipal standards and regulations. He recommended that council approve the project, pending a few minor adjustments.

He asked that Mardinae consider planting some trees on the north side of the property to create a barrier between a neighbouring property, and asked that parking lines for spaces to the east of the property be repainted, as they “are difficult to follow.” Orsan also recommended that an existing temporary rope divider installed around an outdoor patio be upgraded to fencing so as to create a greater barrier between the patio and parking lot.

Mardinae felt these issues were minor, and while he agreed to plant the trees and take care of the lines on the road, he felt installing a fence around the patio was unnecessary.

Deputy mayor Pat Kennedy agreed, saying he’d be happy to approve the application as is.

“I think this is just a fabulous project, and I really look forward to phase two getting shovels into the ground… Bill has been a good developer so far, the building looks nice and is well looked after… I think we can waive all of these points to get the project underway,” Kennedy said.

Coun. Walt McKechnie made a motion to approve phase two, seconded by Coun. Larry Clarke and it was passed unanimously by the rest of council.