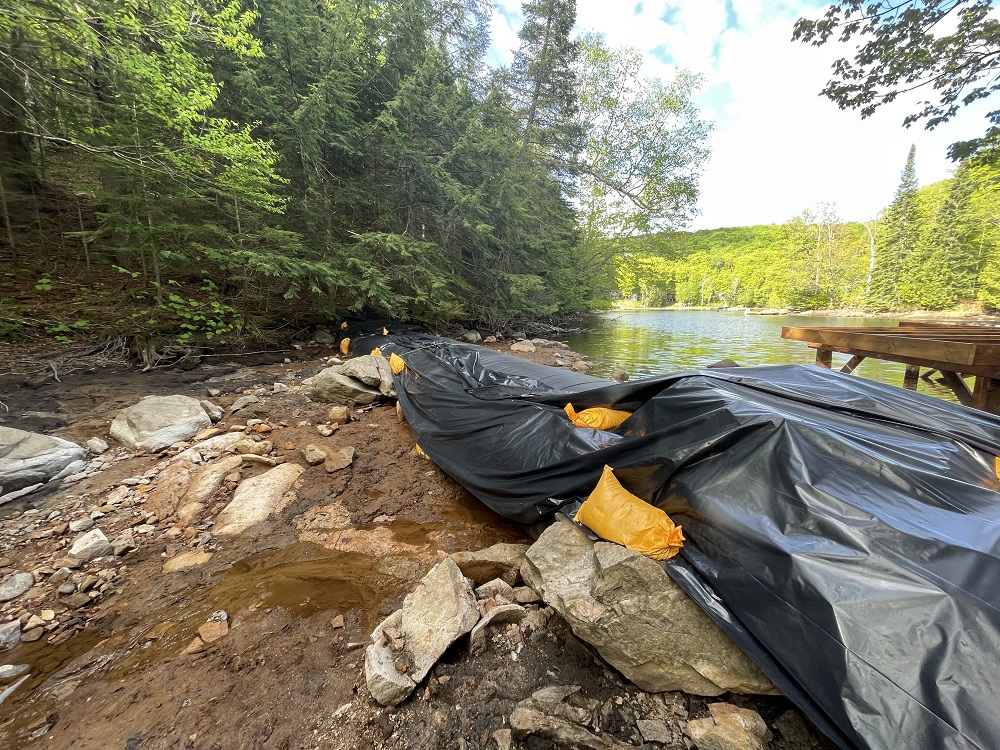 Two weeks after the erosion of a soil embankment on Esson Lake in Highlands East, Parks Canada crews have installed a temporary dam to shore up the breach.

In an update to landowners, Parks Canada said it is currently removing materials used to block a culvert dividing two sides of the lake. The dam was installed May 17.

The report estimated the lake would stay at mid-summer averages for the remainder of the spring and summer.

Currently, water levels at the lake are at a 2.5-metre average, far below historic lows for this time of year.

Below the breach, dozens of mature trees have toppled and parts of the soil hillside have eroded. On the lake, docks are sitting well out of the water.

Previously, Parks Canada estimated it will implement a long-term repair this winter when water levels decrease. “Residents and users of the lake are asked to avoid the aqua dam area in the interest of public safety,” said Parks Canada spokesperson Karen Feeley in a media release.

“Parks Canada would like to thank property owners for their patience and understanding during this time.”