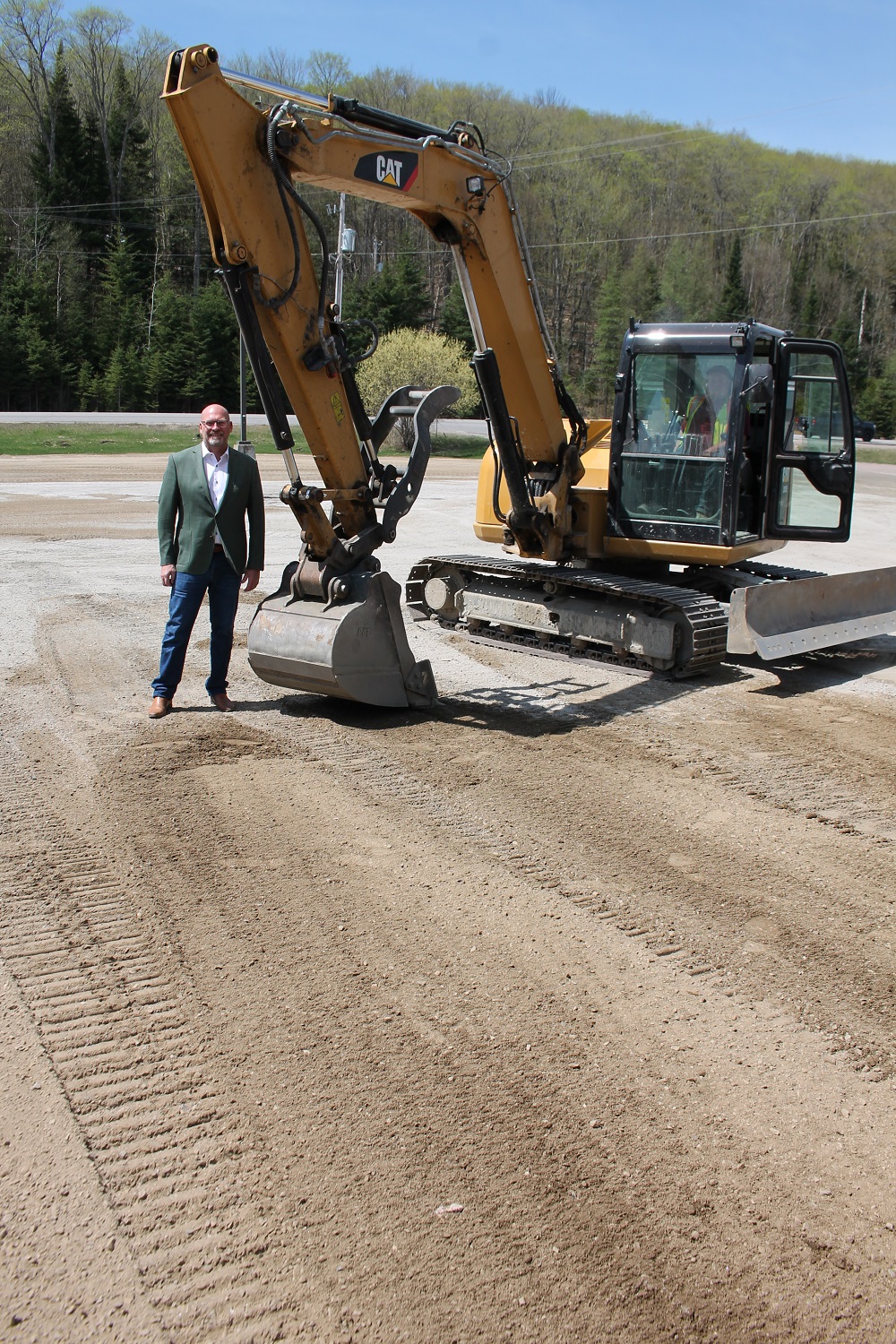 It takes a car salesman to fall in love with a parking lot. And that’s what Reade Houston did when he and wife Jennifer saw the corner of Hwy. 118 and Harburn Road in Haliburton for the first time.

They were looking for the future home of a Chrysler dealership and the expanse out front was the first thing that caught their eyes.

“Mostly the vision wasn’t even the building. It’s that frontage. Once it gets nice lights and all the product lined up, it’s going to stand out like crazy,” Houston said.

The 6.7-acre lot and 10,000-squarefoot building is nothing to sniff at either, as Houston proudly showed off the renovations they have been doing thanks to the help of local contractors.

He and Jennifer talk about features they will offer. For example, customers coming in for a service will be offered an iPad with headphones and a seat in a coffee lounge where they can have a nice cup of joe while they wait.

They have chosen earth tones for the walls, barn boards for the service desks, laid modern flooring and taken down some walls while adding others. The place has distinct areas for sales and service. Out back is a huge seven-bay garage for the service department.

They have vehicles in stock, now residing at their Midland dealership, until the new place is ready to open. And, they’ve been hiring staff.

While there has been a delay pouring the concrete for the service area, that was scheduled to happen this week with about three weeks to cure. If all goes well, they’d like to open in mid-June.

The Houstons have owned Midland Chrysler since 2015. When the parent company mentioned there was an “open point” in Haliburton, they jumped at the chance. Houston said he’s spent most of his career in dealer groups, or more than one outlet. He’s done three start-ups of brand-new dealerships. “I enjoy that part of the business immensely.”

Within a week of the chat with Chrysler, the Houstons made the trip to Haliburton. Two weeks later they were all in. Houston added they plan to be a good local employer and community supporter.

“We hope to be a big employer and put lots of money back into the community. We do believe in hiring locally. We have been actively interviewing for two months and it’s going really well.” He added their philosophy is happy employees translate into satisfied customers. “We are involved with a lot of charities in Midland and hope to be involved in Haliburton.