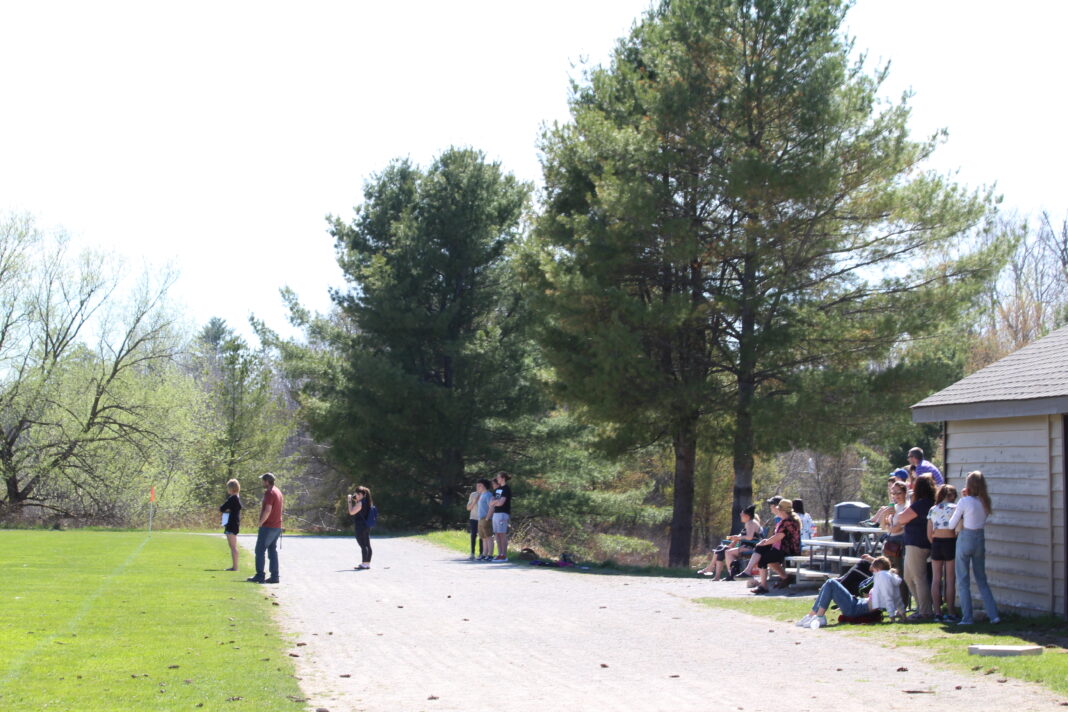 The average Highlander is more than 10 years older than the average Ontarian, according to recently-released 2021 Census data.

Compared with the provincial average of 41.8, the average Haliburton County resident is 52.8 years old.

Some age groups didn’t see much of a bump.

People observing sectors of Haliburton’s economy say the data reveals what life in the County may look like in coming decades and highlights issues already at the forefront of public planning.

Haliburton Highlands Health Services CAO Carolyn Plummer said her team is planning for the future with the County’s population and age distribution in mind.

“We’ve been looking at both of those statistics as we look towards the future,” she said. She points to HHHS home care services and its long-term care homes as “critical” to an older population that’s expected to grow. She said the services will complete planning exercises to figure out how HHHS might need to evolve to handle a growing population.

“Community consultation will be part of that.”

She added that many Highlanders have come to rely on HHHS emergency rooms for primary care. Local family doctor waitlists can exceed 1,000 people. Part of the planning process, Plummer said, will be considering “are there different service models we can consider recognizing the resources are definitely not unlimited?”

She said staffing shortages present a more immediate challenge than demographics or population growth. She added finding housing seems to be a primary barrier to young healthcare workers coming to the area.

Finding a place to live

Alexander Dacunha wanted to leave Hamilton behind. The 25-year-old part- time paramedic wanted to be closer to the outdoor areas where he leads outdoor education trips.

“I came up here to look for a better quality of life and cheaper rent,” he said. But he couldn’t find a place to live for months, now renting a room in a retired couple’s home with his partner.

“There needs to be some sort of incentive to rent long-term. It’s completely saturated by Airbnbs,” Dacunha said.

The County of Haliburton is beginning to recognize the challenge and is looking into regulating things such as Airbnbs.

Dachunha said it seems Haliburton’s housing market is monopolized by an older generation who often live in under-utilized homes or rent them out to vacationers. According to the Census data, 77 per cent of single-detached houses in Haliburton County are occupied by fewer than three people, compared to 50 per cent of single- detached homes in Ontario.

He’s frustrated by the resistance to developments in places such as Haliburton village, which he said are often sparked by landowners.

“It is just preventing change in the community,” he said.

Haliburton Highlands Chamber of Commerce executive director Bob Gaudette said he suspects the Census data may not capture all the new faces to the Highlands.

“We know a lot of people moved up here during the pandemic,” said Gaudette, mentioning how work-from-home employment makes moving to Haliburton County from urban areas more viable.

Based on the Statistics Canada data, he said “it looks very much like we’re a retirement community — there’s a lot of truth to that.”

He said the Highlands’ expanding leisure economy paired with a hot real estate market could drive up the percentage of younger families moving to the area.

“This is one direction it could go. If we stay on the track of property values increasing and more investment … that aging population might be pushed out to an area that’s more affordable to live in.”

However, he said the labour shortages widely reported across the Highlands have been holding chamber-connected businesses

back from expanding or fulfilling the sky- high demand for construction services. “There’s this resource that is finite,” Gaudette said. “That’s the amount of locally available labour.”

At an April 28 Haliburton Highlands Secondary School (HHSS) job fair, Home Hardware district manager Glen Rickerby said it’s been “extremely tough” to hire seasonal and full-time staff since 2020, with both County locations seeking to fill a combined 40 positions. He received approximately 300 resumes in 2019 and 40 in 2020, and said they’ll likely be understaffed this summer.

It’s likely the labour shortage won’t disappear anytime soon. Some of the issue is generational: the Baby Boomers are exiting the workforce across the country.

“Never before has the number of people nearing retirement been so high,” stated Statistics Canada in an April 27 website post.

The percentage of the County likely to be in the workforce (aged 15-64) has shrunk to 55.4 per cent, from 57.6 per cent in 2016. According to the Workforce Development Board, retail, accommodation and food services are the biggest employers in Haliburton.

The number of people in the County’s workforce who are most likely to seek those roles, such as jobs at camps, restaurants or lodges, hasn’t grown at the same rate as the population as a whole.

Indeed, at HHSS, the population has declined.

“In all schools across Ontario and at Haliburton Highlands Secondary School, there are empty classrooms,” said long-time HHSS principal and current board trustee Gary Brohman. According to Trillium Lakelands District School Board data, there were 589 kids enrolled at HHSS in 2011. In 2021, there were 450.

Brohman said he suspects it’s access to good paying jobs that might prevent young families from moving to the area, or bolstering high school numbers. “The jobs are the jobs, but there are only so many building jobs, hydro jobs, and social services jobs. I would say the school system gives you a good indication of the economic parallel between people coming here to work and retirement people coming.”