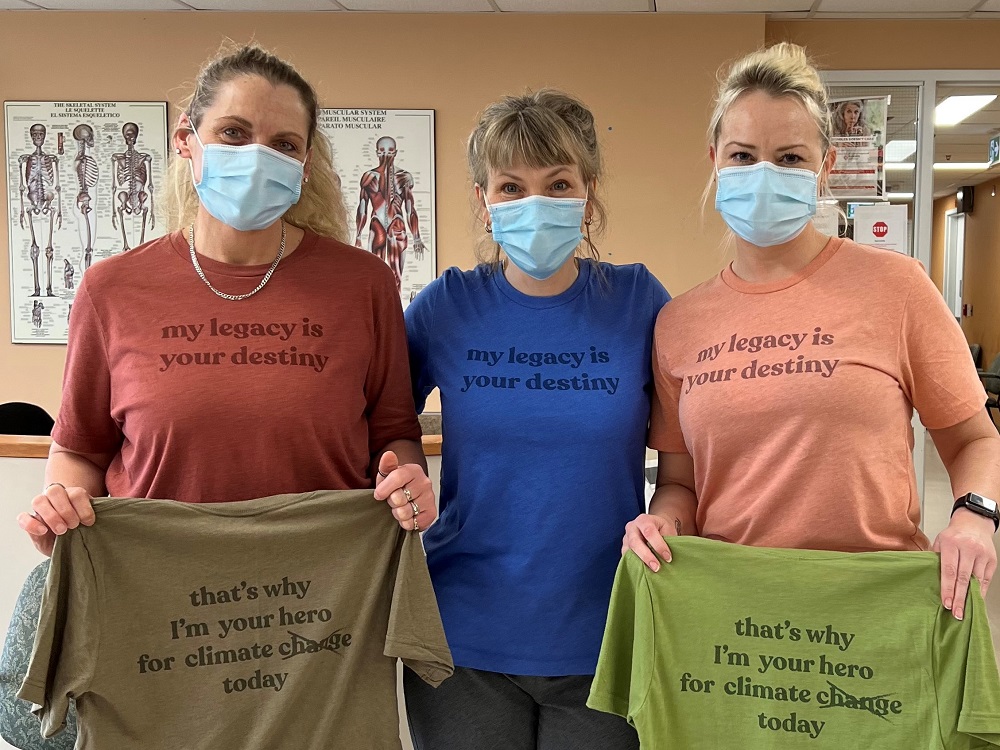 Highlanders are invited to join the fight against a warming world by purchasing a t-shirt promoting climate action.

“My legacy is your destiny,” reads the front of the shirt. “That’s why I’m your hero for climate today,” is written on the back.

“Each one of us is responsible today for what happens tomorrow,” Thomas said. She said the shirts are a call to recognize humanity’s impact on the planet.

The Intergovernmental Panel on Climate Change says maintaining a temperature rise of 1.5 degrees Celsius is no longer plausible. Small temperature rises can have massive consequences. Researchers are increasingly confident that many catastrophic natural events such as flooding across Europe in 2021 can be attributed to rising temperatures.

Thomas said raising funds for organizations focused on the issue can “increase awareness at a critical time, and remind each one of us there are real tangible things we can actually do,” she said.

Money raised will be distributed between Environment Haliburton (EH!), Environmental Defence, Nature Canada and the Nature Conservancy of Canada.

Thomas said she appreciates how EH! fights for action in the Highlands.

“It’s local, it talks to my people in my community, and it’s very connected to what’s going on globally,” she said.

Susan Hay, EH! president, said the funds will help support new projects such as a series of bookmarks that list ways to live in an eco-conscious way.

“Idling cars, eating less meat, flying less, looking through the lens of climate change in every decision you take,” she said.

The climate outlook may seem bleak. In Haliburton, rising temperatures will decrease the length of winter, and put lakes at increasing risk of blue-green algae, for instance. However, Hay said everyone must strive to find hope.

“We have a younger generation and we can’t afford the luxury of despair,” she said.

T-shirts can be purchased by donating at gofund.me/d270a7da.

EH! Is partnering with other Canadian organizations to host a virtual discussion with Dr. Samantha Green, of the Canadian Association of Physicians for the Environment (CAPE), April 26 at 8 p.m. Green will be speaking about climate change’s impact on human health, followed by a question and answer period. To register, visit environmenthaliburton.org

Adults’ turn for the cap and gown