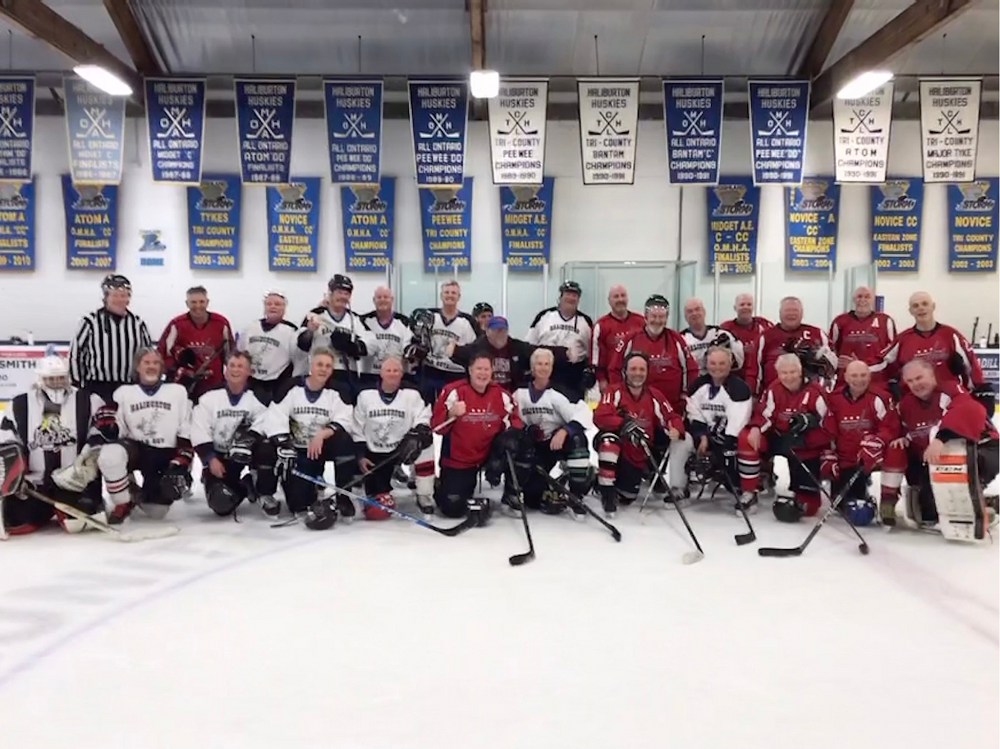 A group of hockey lovers scrimmaged in honour of a dearly-departed buddy at the A.J LaRue Arena in Haliburton April 10.

Garry Weston of Newmarket and Oro Medonte, 75, died after contracting COVID-19 in 2021.

“This event was what Garry was all about,” said close friend John Adlam, who organized the game.

Adlam and many others who knew Weston in Newmarket have recently moved to the County. The Haliburton team, wearing “Haliburton Old Guys” jerseys, faced off against a crew travelling from Newmarket, many who have played hockey together for years in the city’s over 55 and over 60 leagues.

The teams met at centre ice before the game, where they shared memories of Garry and observed a moment of silence.

Weston was remembered for his “zest for life,” said Adlam, adding that he was always up for conversation and sharing stories. He was known for his passion for family and friends. He was also a renowned fastball player, playing for the Newmarket Rays and was recently set to be inducted into the Canadian Amateur Atlethic Hall of Fame.