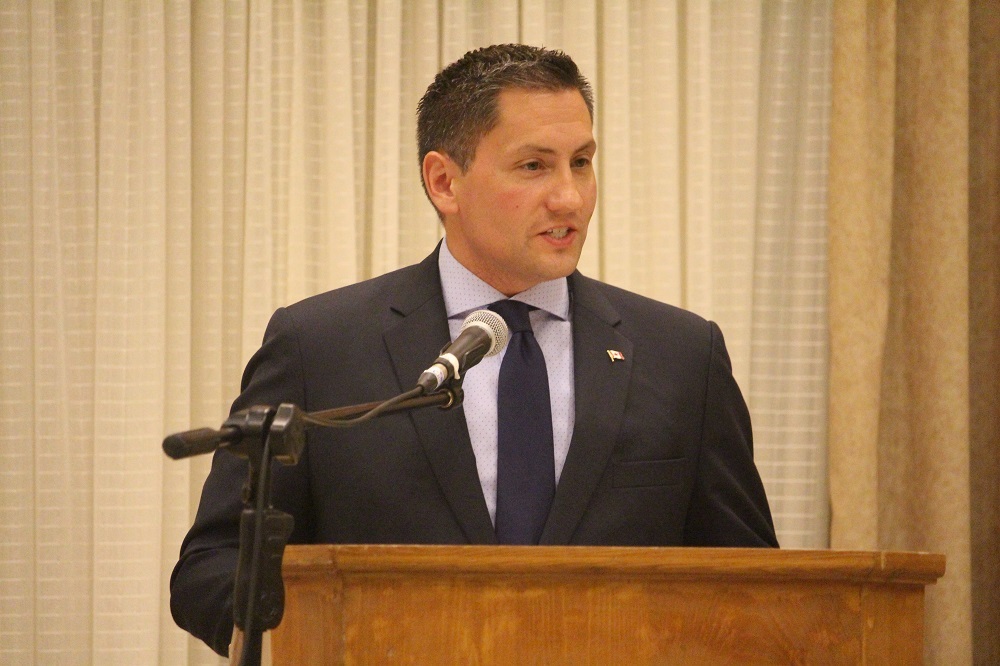 MP Jamie Schmale has said the recently-released 2022 federal budget will do nothing to halt the ongoing inflation crisis in Ontario.

Unveiled April 7 by finance minister Chrystia Freeland, the document includes $452 billion in federal spending in the new fiscal year, including $85 billion in new investments across a wealth of programs focusing on housing, defence and dental care. The budget carries a projected deficit of $52.8 billion, down from $113 billion at the end of 2021/22.

Schmale believes the numbers are being propped up by higher-than-anticipated revenues in the oil and gas sector, fuelled by the ongoing conflict between Russia and Ukraine, and are not sustainable.

With inflation in Ontario hitting new 30-year highs earlier this year, up to 5.7 per cent in February, Schmale pointed the finger at the federal government saying some of their decisions throughout the COVID-19 pandemic were coming home to roost.

The decision to print approximately $400 billion in new currency between Feb. 2020 and Dec. 2021, he said, has not only helped to drive inflation, but has had negative impacts on the housing crisis.

Freeland announced more than $10 billion in new spending on a slew of housing initiatives designed to increase supply, including $4 billion over five years to launch a new Housing Accelerator Fund that aims to create 100,000 new housing units. The budget also proposes spending $1.5 billion over two years to expand the Rapid Housing Initiative, creating 6,000 new affordable housing units for the homeless and those most in need.

“There’s no doubt that the housing crisis is top of mind. I don’t think there’s an area in the country that isn’t affected by this,” Schmale said. “What the government needs to do now is not only work with the provinces and territories to build affordable housing, they also need to work at reducing bureaucratic logjams that are preventing housing from being built in the first place.”

An announced two-year ban on foreign investors purchasing property in Canada is more smoke and mirrors according to Schmale.

“These kind of purchases are a small piece of the overall pie… I caution people who think this might be the magic bullet [that corrects the market],” Schmale said.

He was apprehensive when discussing a new five-year $5.3 billion investment to improve dental care services across the country. The program will be limited to families with incomes of less than $90,000 a year, but Schmale said there hasn’t been enough details over the scope of work people will be eligible to receive, or how the government plans to fund it.

“Is this the cleaning of teeth, is it more than that? It’s not clear right now what this program means,” he said.

Schmale was pleased to see an increase in military spending, up $8 billion over the next five years, and commended the Liberals for setting aside $10.6 billion to support reconciliation efforts with Indigenous communities.

He feels more should have been done to address inflation, and says the longer this crisis stretches on the more it’s going to hurt Canadian households.

“As interest rates start to rise, and they are rising, you’re going to see more and more people hurt by this, because wages are not keeping up. People’s paychecks are getting smaller because their dollar isn’t going as far as it once did,” Schmale said. “This is a top of mind issue for every Canadian right now… I think that should have been more of a focus rather than putting more things on the credit card.”