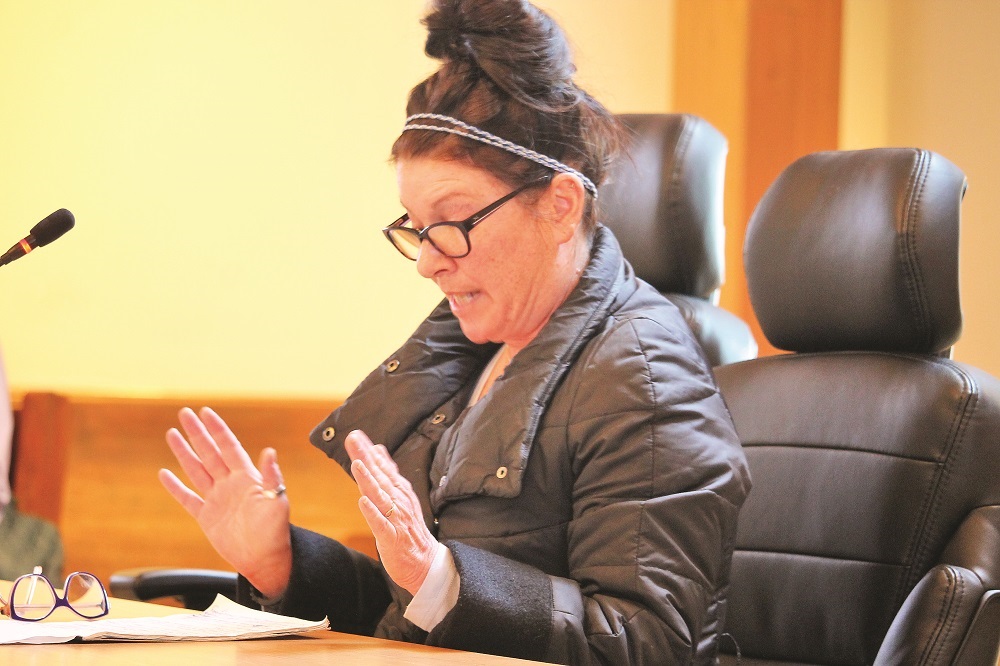 A Minden woman is looking for answers after delivering a delegation on animal bylaws to Minden Hills council more than two years ago.

Shanna Dryburgh alleged witnessing 14 dogs outside in sub-zero conditions on a vacant property near Minden in the winter of 2020. Videos were shared online and by media province-wide.

Dryburgh urged council to strengthen laws limiting the number of dogs that can be kept, as well as disallowing their care on vacant land.

After her delegation, council requested a staff report and possible bylaw changes, which have not yet been brought before council.

Dryburgh said she’s emailed Minden Hills through CAO Trisha McKibbin multiple times and said she was assured the issue would come back before council in 2021. McKibbin did not respond to requests for comment by press time.

“There was an order made at council. How many years is it reasonable for this to be done?” Dryburgh asked. Mayor Brent Devolin said the issue has not been forgotten.

“During COVID times the processing of these kinds of longer-term objectives, we’ve been running at half-speed,” he said.

Devolin added he believes other issues such as shoreline preservation and short-term rentals are likely to take up council’s time this spring while exceptional building activity puts pressure on administrative staff.

“This isn’t a quick endeavour, it will take time.”

Dryburgh said since the province, through the 2020 Provincial Animal Welfare Services (PAWS) Act is making changes to standards of care for outdoor dogs, it is “the perfect opportunity” to get it done and keep in line with what the province is doing.

She said Minden Hills’ rules, which allow people to own up to nine dogs, are irresponsible.

In surrounding municipalities, the maximum number of dogs allowed to be kept is lower. For example, private households can only own up to four dogs in the City of Kawartha Lakes.

She also called for prohibiting the keeping of dogs on vacant land.

Colin McKnight, Minden Hills’ chief building official, said his department has compiled research but has not yet prepared a report.

Dryburgh said she was concerned if Devolin, who said he will not run for re-election, is not on council, the issue may be forgotten.

“Certainly this will be a matter of concern and of conversation we’ll have at council,” he said.

Two people from the Kawartha Lakes face multiple counts of animal-related charges in a case that prompted Dryburgh’s delegation.

Those charged were initially scheduled to appear in court in October 2020. As of March 9, 2022 the case has not yet been rescheduled.

The case came in a time of transition for animal welfare in Ontario. The PAWs act came into effect Jan. 1, 2020, putting enforcement in the hands of the province instead of the Ontario Society for the Prevention of Cruelty to Animals (OSPCA)

Hydro One supervisor charged in fatality