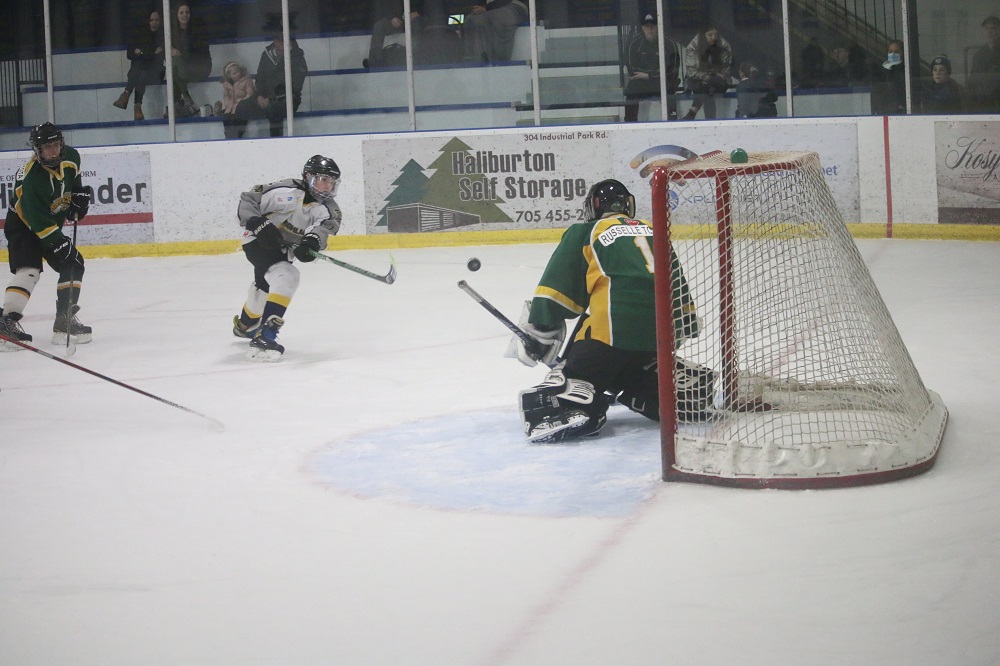 On March 25, the Highland Storm U15 Rep team faced off against the Ennismore Eagles.

The first five minutes of the first period was a lot of back-andforth between the two teams, but unfortunately Ennismore got control of the puck and refused to give it up. At the end of the first, the Eagles were up by three.

In the second period, the Storm put up a good fight. They did not allow any goals and it remained a 3-0 score for Ennismore going into the third.

The final frame started with the Eagles scoring their fourth goal. However, the Storm kept battling and with only a few minutes left in the period, Beckam Reynolds scored an unassisted goal. It was a well-played game and the final score was 4-1.