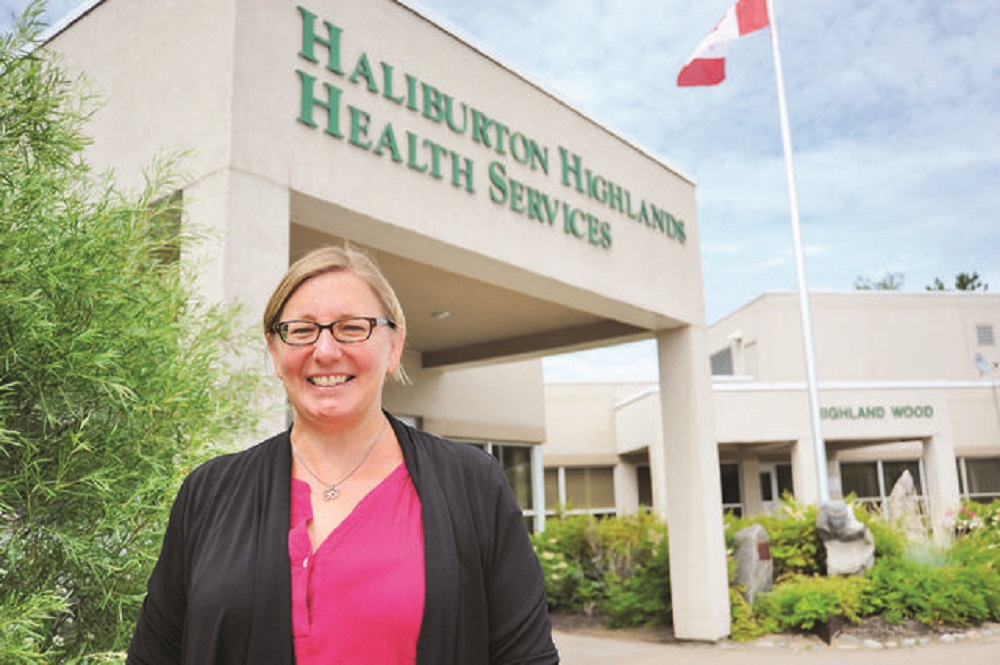 Haliburton Highlands Health Services CEO Carolyn Plummer has said the emergency departments at the Haliburton and Minden hospitals may face sudden temporary shutdowns in the weeks and months ahead with the organization struggling with a physician shortage.

Addressing the board March 24, Plummer said HHHS has been relying on the Ontario Emergency Department Locum program recently to help cover shifts at the two area hospitals. Due to increased demand in that program provincewide, Plummer said HHHS may not receive the same level of assistance it has grown accustomed to over the past 12 months.

“We are preparing for a crisis situation in which we encounter a shift where we may not have a physician … And if we can’t get coverage, then we may need to close our doors for a short period of time,” Plummer said. “We have developed a protocol to guide us through if that does happen, and what the communication would look like to the community.”

Plummer has previously told media the community would be given at least 48 hours before any service changes are implemented due to nursing shortages.

The Highlander reported on Nov. 25, 2021 that hospital administration was considering reducing hours at one of its facilities after struggling for months to find nurses to staff both emergency departments. At a board meeting in February, Plummer said the organization had been able to maintain services by using agency nurses. Since December, HHHS has relied on eight fulltime nurse equivalents (40-hour weeks) staffed through third-party bureaus.

Plummer indicated there was some positive news on the nursing front last week, informing the board HHHS may be able to benefit from a new provincial program that is allowing some internationally educated nurses to practice in Ontario.

Plummer said staff has adapted well to the new Epic clinic information system implemented at the Haliburton and Minden hospitals, and that initial feedback from patients has been overwhelmingly positive.

The system went live on Dec. 3, 2021 alongside six other healthcare service centres in Ontario. The primary feature is that patients’ medical records can be accessed at one central hub by any of the partnering facilities. Previously, a new medical record had to be created for each medical centre a patient may receive service in.

Epic first rolled out in Canada in 2015 and is now used in 134 hospitals nationwide.

HHHS will be back in the black before the end of the current fiscal year after receiving a one-time payment of $600,000 from the province to help cover 2021/22 operating pressures.

Board member Irene Odell said that, as of Jan. 31, the organization had a deficit of around $536,000. Half of that, she said, was related to lost revenues due to COVID-19, while the remainder was down to increased compensation for staff and the inflation of food and utilities. With the extra money from the province, this will be the first time since 2018/19 that HHHS is finishing its fiscal year in a balanced financial position.

Odell revealed HHHS had received word from the province that all COVID-related reimbursements would stop as of June 30.

“We will need to be planning for that, as it will affect our next fiscal year,” she said.

Hospital foundation executive director Lisa Tompkins said her organization is planning to run a full season of events over the summer.

“Some of the events that we’ve had on hiatus because of COVID over the past couple of years will be returning, so we’re very excited about that,” Tompkins said.

A golf tournament is being organized for July 22 in partnership with NHLer Matt Duchene. Other events will be announced as they’re formalized, Tompkins noted.

Board mandates masks for young students